35% Consumers Did Not Pay Service Charge in Restaurant Last Month

November 22, 2017, New Delhi: Earlier this year, the Department of Consumer Affairs had issued an advisory defining mandatory Service Charge in restaurants as an Unfair Trade Practice. Since then, LocalCircles has been conducting regular pulse checks on the working of restaurants and consumer experiences in this matter. In its latest survey, LocalCircles asked people what was their experience with service charge when they visited restaurants in the last one month. The poll received more than 7,000 responses. 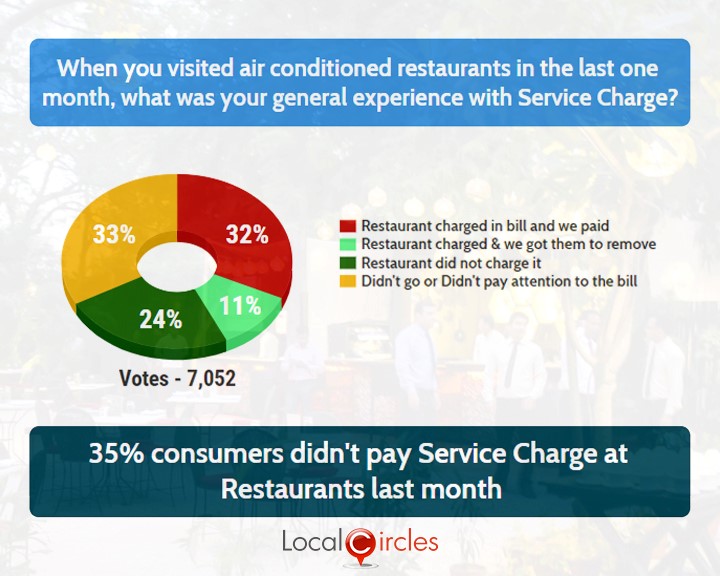 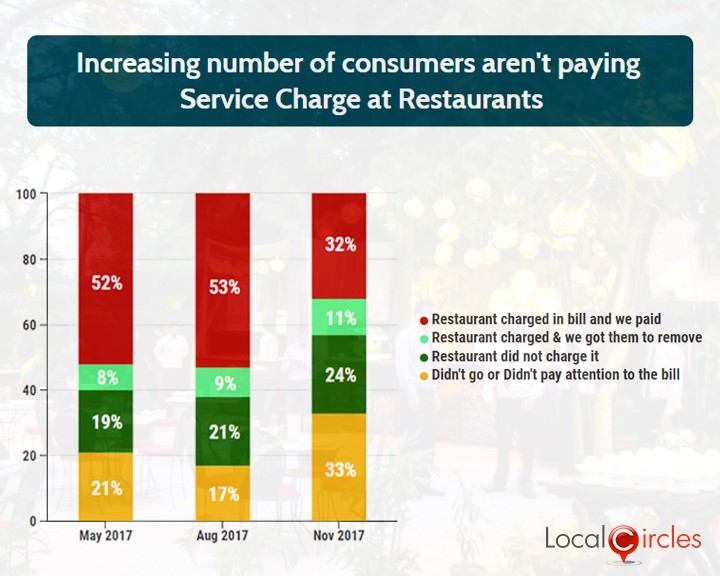 The percentage of people who got the service charge removed from their bill also showed a marginal increase and has gone up from 8% in May to 11% in November. The number of restaurants which did not charge service charge also improved from 19% in May to 24% in November. One can assume that both restaurants and consumers are slowly and steadily becoming aware of the issue and some restaurants are refraining from charging and some customers are getting it removed.

The GST Council last week announced that meals at restaurants (both air conditioned and non-air-conditioned) will now attract only 5% GST much lower than the 18% that earlier applied to air conditioned restaurants. While the lower tax rate has become effective from Nov 15, many consumers in the last 3 days have shared various bills where the restaurants instead of passing the lower GST benefit to consumers are instead increasing base prices and keeping the price for consumer the same. In addition to many small restaurants, complaints have been received in the Connected Consumer circle about multi-nationals like Mcdonalds and Starbucks.