27% citizens did not incur a restaurant service charge

June 1, 2017, New Delhi, India: The issue of service charge at restaurants and hotel has been a hot topic of discussion over the past few months with the Department of Consumer Affairs issuing an advisory against mandatory service charges. The restaurant association have been at loggerheads with the Government saying that they will keep adding a service charge to bills till the government passes a law against it. But it looks like citizens have now starting to stand up against these forced charges by hotels and restaurants. 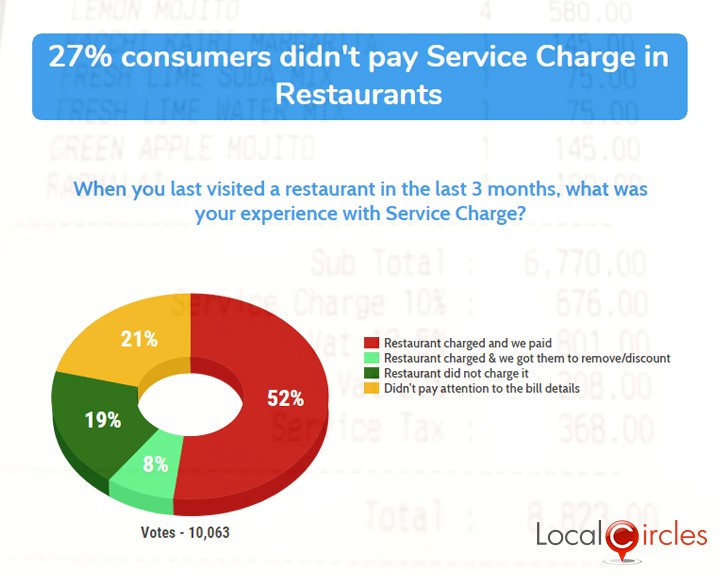 After the LocalCircles polls in first quarter of 2017, the Department of Consumer Affairs came out with a detailed advisory saying that tips are supposed to be given in return for good and prompt service to the attendants. But charging a ‘mandatory tip’ in form of a service charge would amount to unfair trade practice. People will have to come together and boycott paying these forced service charges. Of course, they should keep tipping if they like the service. The service charge guidelines can be obtained from the link: