All India Council of Technical Education

https://s3-ap-southeast-1.amazonaws.com/localcircles-s/img/localcircles_b_logo.jpg 0 000
AICTE is mandated to regulate conduct of Higher Education in the country under Ministry of HRD. It takes undertaking from institutions to abide by its mandatory regulations before giving permission to conduct courses but failing to act for violations of the same.
1.00 / 5 1 Reviews 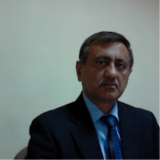 Suresh Choudhary
Unwilling to act in spite of repeated complaints with evidences regarding violations of its mandatory norms by Govt. Institutions while running courses. Has supported back date cancellation of its mandatory norms reflecting its inability to work as Regulator although some of which are in the last phase. Unsatisfactory replies have been received under RTI. Its Central Complaint Committee meets once in a month but unable to take any effective action even in last 7 months.
AICTE has got very impressive infrastructure but lacks work ethics and culture unfortunately.
This appears to be an institution which wants to remain in highlights through photo sessions seeing its Twitter and Facebook profiles.
Nov 4 Share By Email: Share

Department of Biotechnology (DBT), Government of India
Department of Biotechnology (DBT), Government of India
3.50 / 5 5 Reviews
New Delhi, India
Technical Education
Technical Education
2.00 / 5 3 Reviews
Rajasthan, India
MSME-Development Institute, Govt of India, Ministry of MSME
This trainining Institute conducts skill training for Technicians, Technology training for engineers and Enterpreneurship training to Entrepreneurs
4.00 / 5 2 Reviews
Balanagar, Narsapur cross roads, Hyderabad
All India Institute of Medical Sciences, New Delhi
5.00 / 5 2 Reviews
All India Institute of Medical Sciences, New Delhi, Delhi, India
All India Council for Technical Education
AICTE is a regulatory authority for ensuring quality in Higher education.But it has failed seeing its performance in respect of implementing its own norms. Exceeding all limits it has taken no action for withdrawal of AICTE regulations by Ministry of Power Institute NPTI where AICTE approved courses are going on without following its norms. How it has allowed NPTI to cancel AICTE regulations from back date vide Cabinet note ref. no. 31-7/5/2017-T&R dated 10-10-2017. Is it a matter of choice to implement AICTE norms? All students may loss their degrees passing from non AICTE approved institution in future. No corrective action is being taken by AICTE for restoring back its norms till the ongoing courses are finally closed.
1.00 / 5 1 Reviews
Nelson Mandela Marg, Vasant Kunj, New Delhi, India
Maharshtra Medical Council
This is the body responsible for the quality of medical teaching and norms(standards) of deliverance of health care in the state.
3.00 / 5 1 Reviews
189 - A, Anand Complex, First Floor, Sane Guruji Marg, Arthur Road Naka , C
HEALTH EDUCATION & RESEARCH COUNCIL OF INDIA
HEALTH EDUCATION & RESEARCH COUNCIL OF INDIA RUNS PARAMEDICAL COURSES THROUGH ITS STUDY CENTRES ALL OVER INDIA.
5.00 / 5 1 Reviews
47, BANGLOW ROAD, KAMLA NAGAR, DELHI-110007
Lucknow Peace council
A social organization working for upliftment of Indian youths and citizens thru sadhna shikha seva and sankirti
5.00 / 5 1 Reviews
Lucknow, Uttar Pradesh 226006, India
Employment and Technical Education and Training
Employment and Technical Education and Training
1.00 / 5 1 Reviews
Orissa, India
Technical Education
Technical Education
4.00 / 5 1 Reviews
Chhattisgarh, India
ORISSA TRUST OF TECHNICAL EDUCATION AND TRAINING (OTTET)
A Network for delivery of Health care at the doorstep of Indian Villages through a model of resource convergence. Employment opportunity for more than 1 crore unemployed youth. Working in PPP mode with Govt. of Odisha for augmentation of existing Govt. Health infrastructure and Services. Largest PPP project of the State.
5.00 / 5 1 Reviews
Prasnagarbha, S3 68, 69, 83, Mancheswar Industrial State
View All Ratings
Share To
Enter your email & mobile number and we will send you the instructions
Submit