https://s3-ap-southeast-1.amazonaws.com/localcircles-s/img/localcircles_b_logo.jpg 0 000
Alert…Fake Company! Worst company and it's owner Ajit Patel and his team has cheated many people by charging really high monetary value on the products and made fake promises that they will provide high quality products.
1.00 / 5 1 Reviews 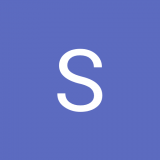 There are various complaints in many consumer forum sites & review platform about on how the Sanda wellbeing scam duped elderly in the UK by acquiring enormous amounts of money through fake & expired supplements
Check some of this link that are mentioned in the comment section. The links are of popular sites. Who had written about sanda wellbeing.

Sanda wellbeing had changed their name several time and had been working under names like Sanda Wellness & Sanda Wellbeing. A few victims understood that the organization behind all this is sanda wellbeing. They filled cases against the company, after that they started operating under the name of ‘Your Lifestyle Private Limited.

The investigation of the Sanda Wellbeing scam led to bigger revelations. The UK-based company ran its BPO services under a similar name, Sanda Wellbeing Pvt Ltd & Sanda Wellness Pvt Ltd in Mumbai to generate sales.
The call centre executives who troubled UK-based elders with calls to buy the fake supplements and even gathered their financial details.
Fraudster Ajit Patel & his team has also spread the confidential customer data to other outside companies which is now being misused. Additionally, Ajit Patel has carried out tax frauds and other finance-related crimes for personal gain.

We offer our services by creating journeys of discovery through experiencing the nature of inner balance and Wellness.

We also assist those seeking assistance in coordinating their retreats in Bali by providing catering, venues to hold retreats, excursions, transportation, etc.

With an extensive network within the local healing community, along with the professional background in travel and events coordination, we seek to facilitate to you the feeling of being renewed and more aware of the possibilities for a wellness based lifestyle in your future.