July 29, 2020, New Delhi: The COVID-19 cases in India are witnessing a steep rise every day and the numbers in India have grown to over 1.45 million. Unlock 2.0 is set to end on Friday, July 31st, and the Government is in the process of formulating guidelines for Unlock 3.0, which will come into effect from 1st August. It is believed that among easing out other restrictions, Government may consider restarting of international flights and metro/local trains.

LocalCircles conducted a survey to get collective pulse of people of India on reopening of flights and if they would take the metro/local in the next 2 months. Survey received over 16,000 responses from 208 districts of the country.

Given the current situation of COVID-19, citizens were asked if the Government should open international air travel (arrivals and departures) from August 1st. In response only 31% said yes while 62% said a no. 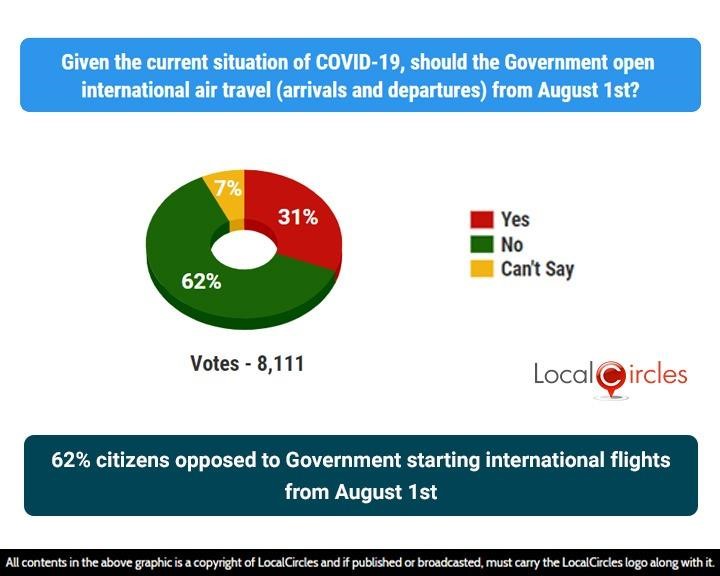 Industry bodies have been putting pressure on the Government to restart regular international flight operations from 1st August, but the Government so far seems to be favouring the citizen demand in this case. Bilateral ‘Air-Bubbles’ have been set up by the Ministry of Civil Aviation with United States, France and Germany for repatriation of stranded citizens and certain visa categories like student visa, work visa etc. Government is looking at setting up similar air-bubbles with other countries like Canada, UK, Gulf and other European countries. Airlines from both countries in such a model are allowed to operate under an ‘Air-Bubble’ agreement.

When compared with the similar survey done last month, there has been a small rise in the percentage of people wanting resumption of international flight, but such numbers are still quite small. The number which stands at 31% this month, stood at 27% in June 2020.

In one month, 16% increase in citizens thats are in favor of resumption of international flights 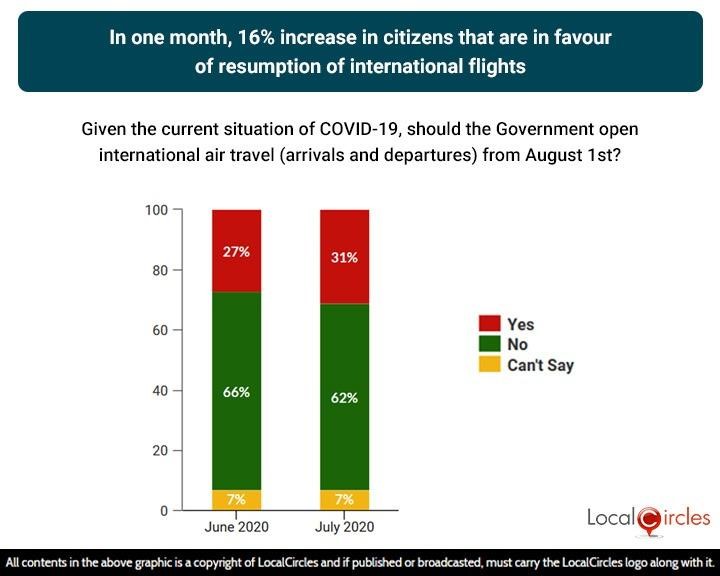 Citizens were also asked if the metro/local trains are opened as a part of Unlock 3.0, will they be taking them in the next 60 days. Only 29% respondents answered in an affirmative while 63% answered in a negative. 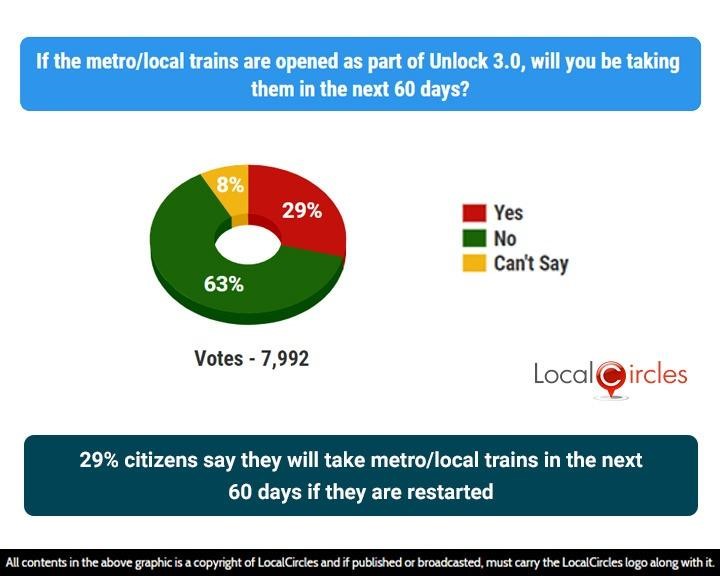 Delhi Chief Minister Arvind Kejriwal recently said that his Government is ready to start the metro train services, if the central Government allows it. Kolkata metro officials had also said that they need instructions from the Railway Ministry following clearances from the Ministry of Home Affairs and the Ministry of Health and Family Welfare, to restart operations in the city.

The comparison in this case also shows a similar picture. 29% citizens this month, compared to 25% last month said the metro/local trains should be restarted. But majority still do not want them to start again due to the fear of further infection spread.

In one month, 16% increase in citizens that are willing to take metro/local trains if services resume 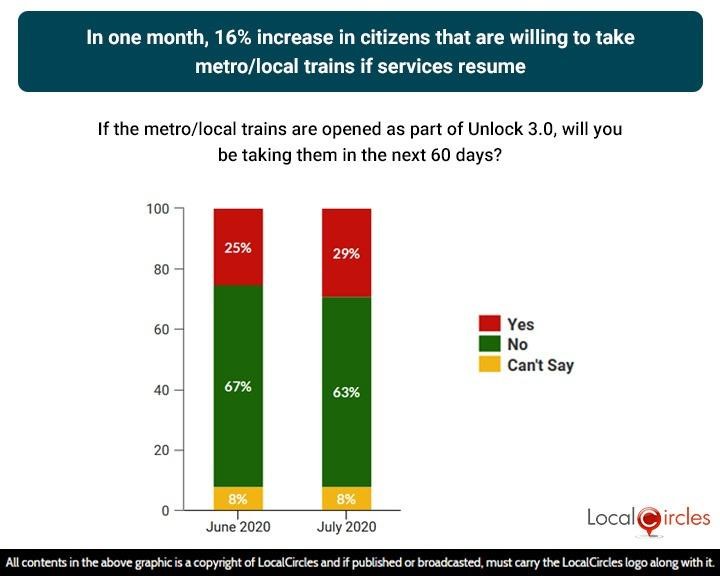 Many global infection experts have outlined that the issue with opening up of indoor public spaces is that there is poor ventilation which holds true in the case of metro. With the virus confirmed as air borne by the WHO now and air conditioning in place, there is the sizable risk of it spreading fast within metros.

LocalCircles will be sharing the findings of the survey with the key stakeholders in the Government so the citizen pulse on metro and international flight services is given the due consideration before the final call is taken.