• Infrastructure investment was #1 priority from citizens

• Roads and Irrigation were top investment areas suggested by citizens

o 54% citizens wanted most investment in Roads, 32% citizens in irrigation

• However no relief on minimum tax and medical exemption limits

In a series of polls that were conducted by LocalCircles ahead of the budget, over 200,000 citizens participated in the budget prioritization exercise from over 300 cities and over 100,000 unique votes were received on the various budget questions.

In addition to the budget priorities qualitative recommendations were made in areas of agriculture, skill development, tax reforms, health etc. Below summarizes the recommendations made and what’s been accepted:

Below is a summary of collective citizen recommendations that played a role in Budget 2016: 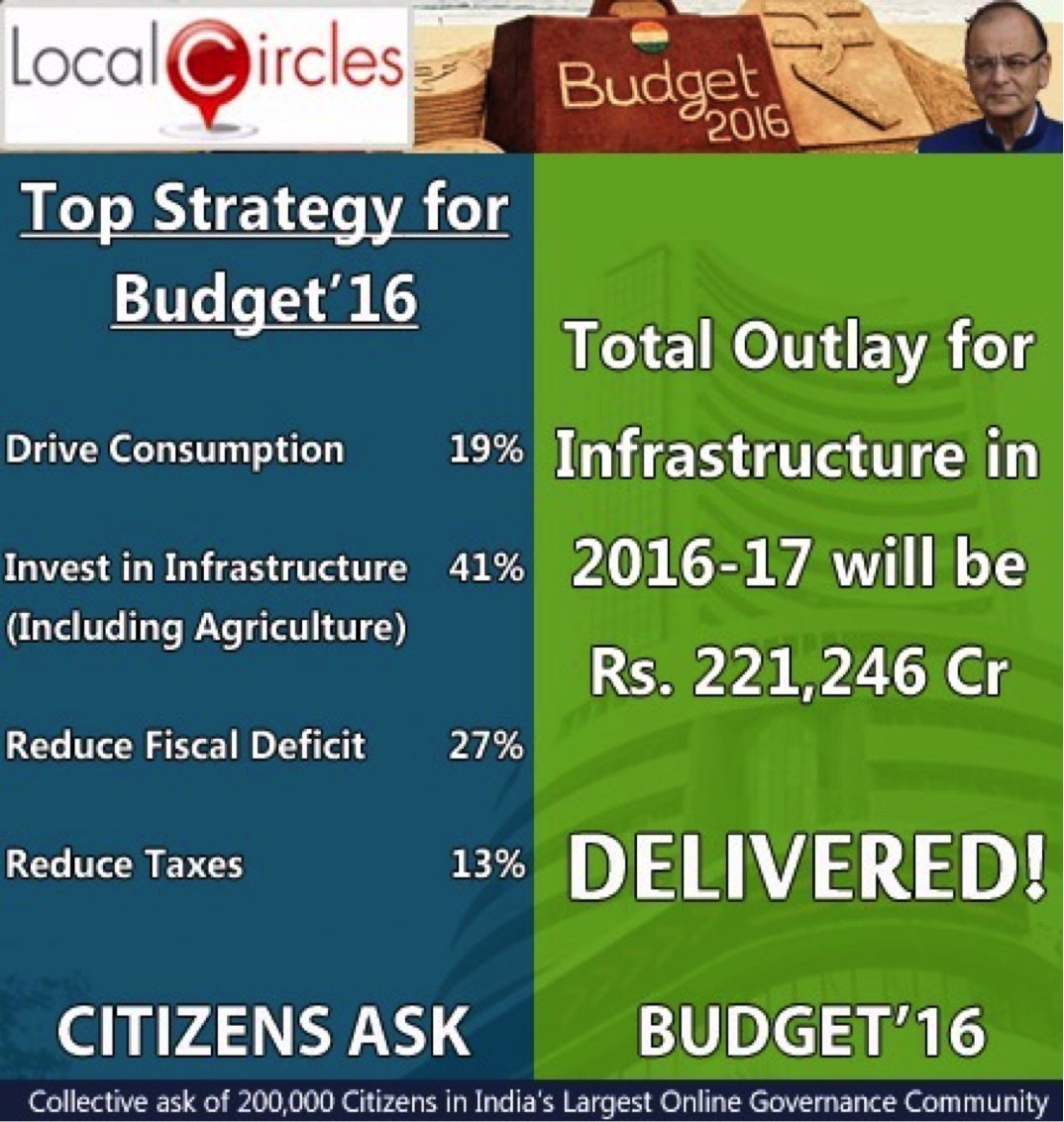 Top Infrastructure Area for Investment from Citizens via Budget 2016 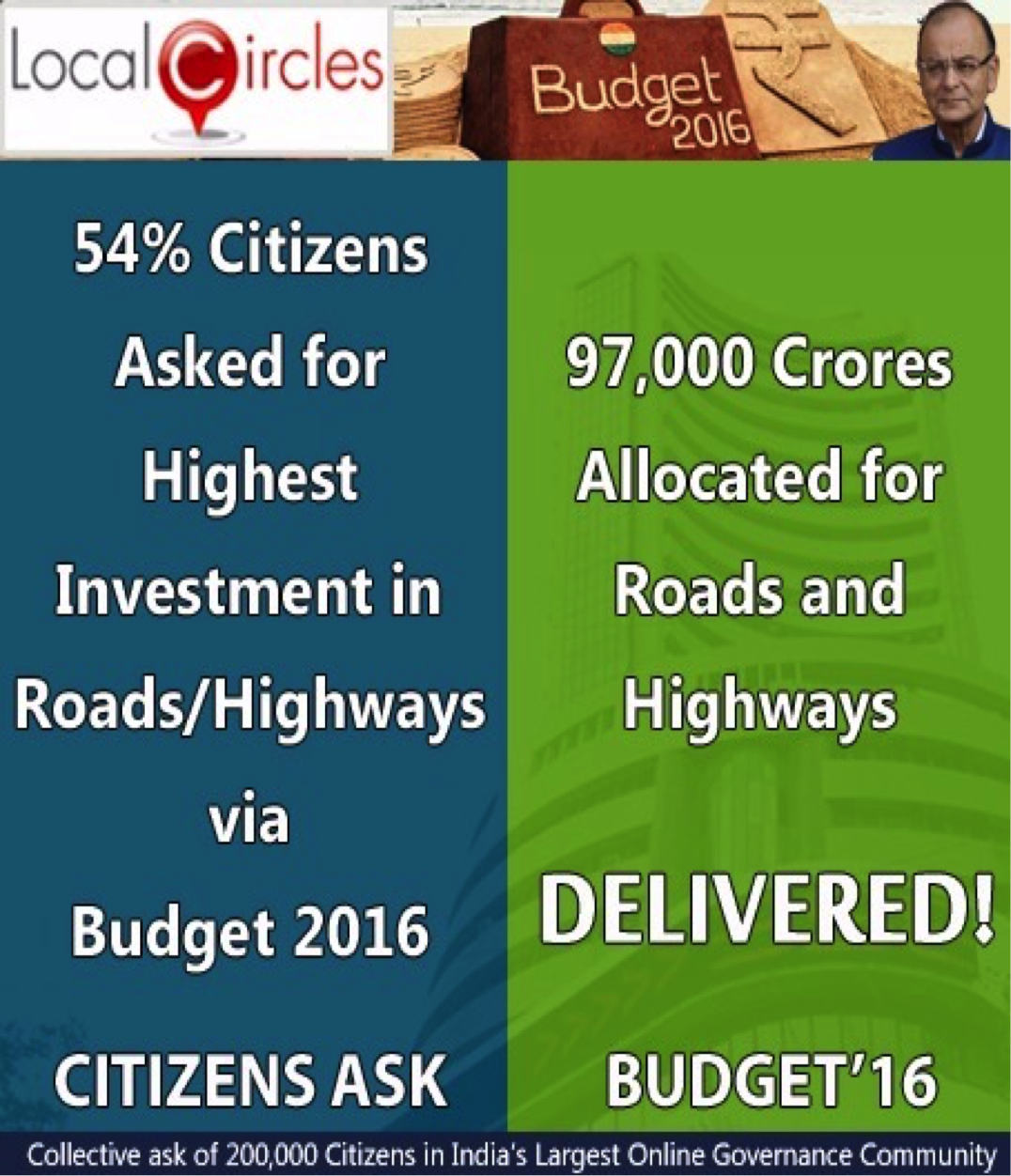 2nd Infrastructure Area for Investment from Citizens via Budget 2016 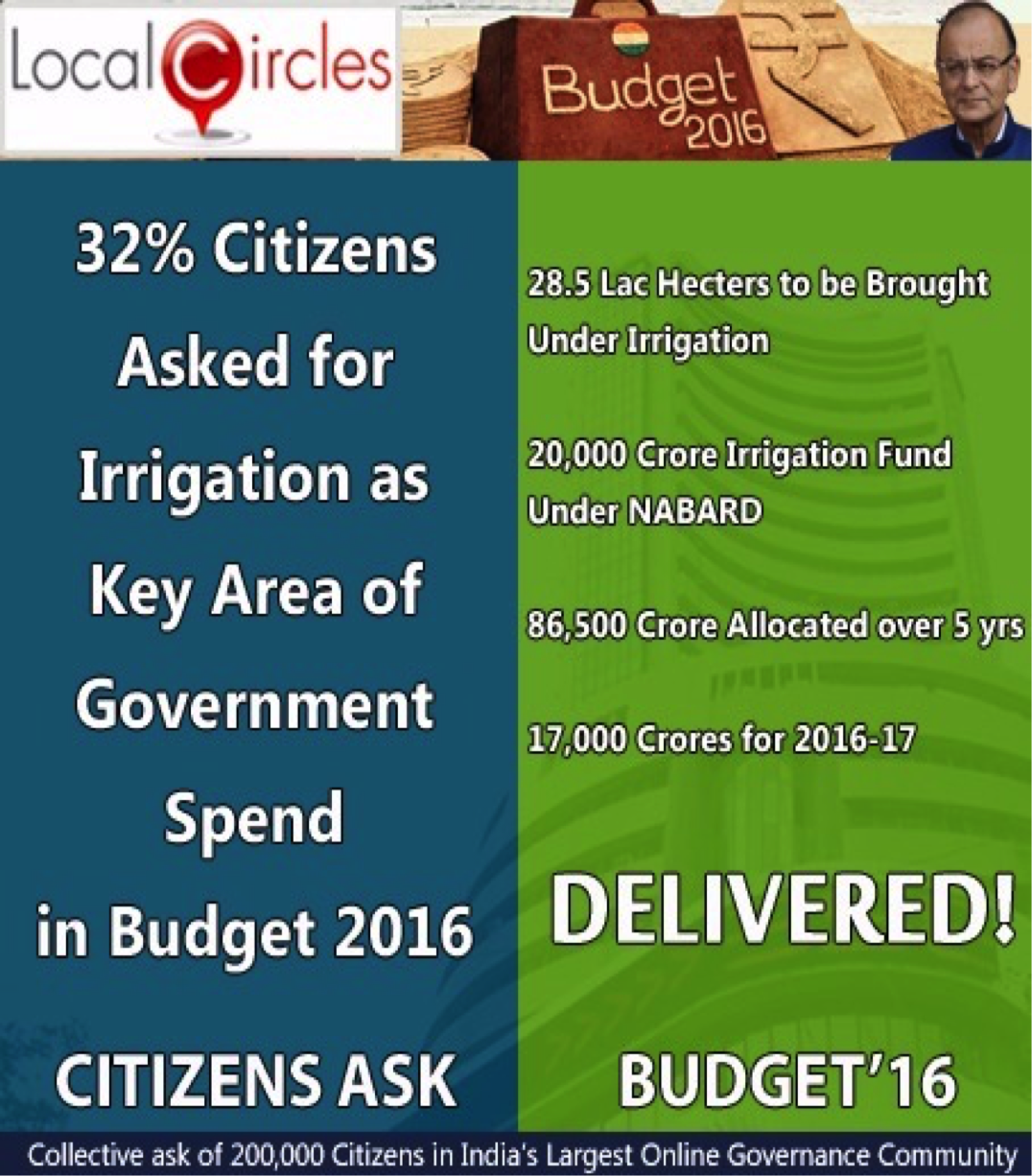 While inputs were effectively utilized in the area of Budget Strategy and Focus, citizen demands on Income Tax exemptions were not met. Below is a summary of the key collective asks that did not find place In Budget 2016. 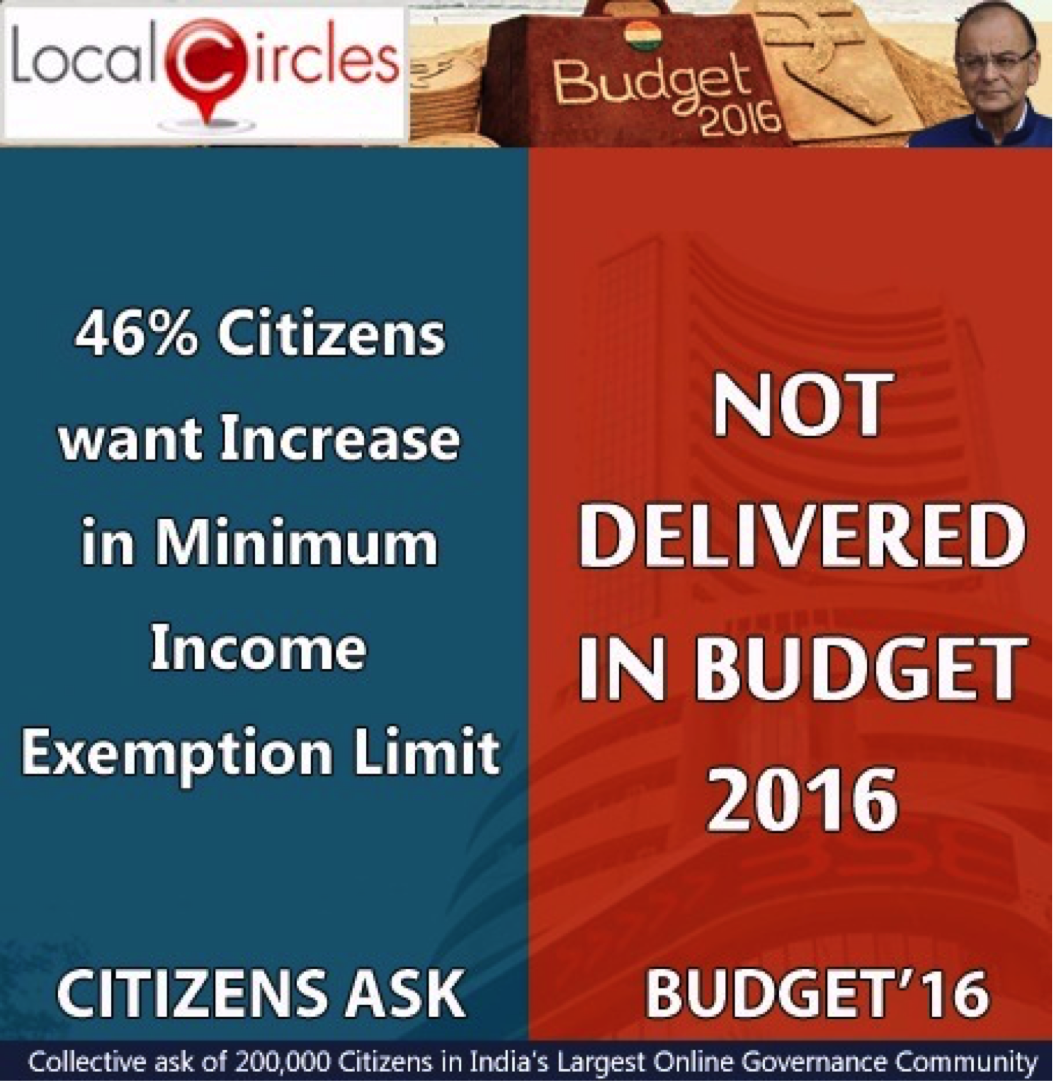 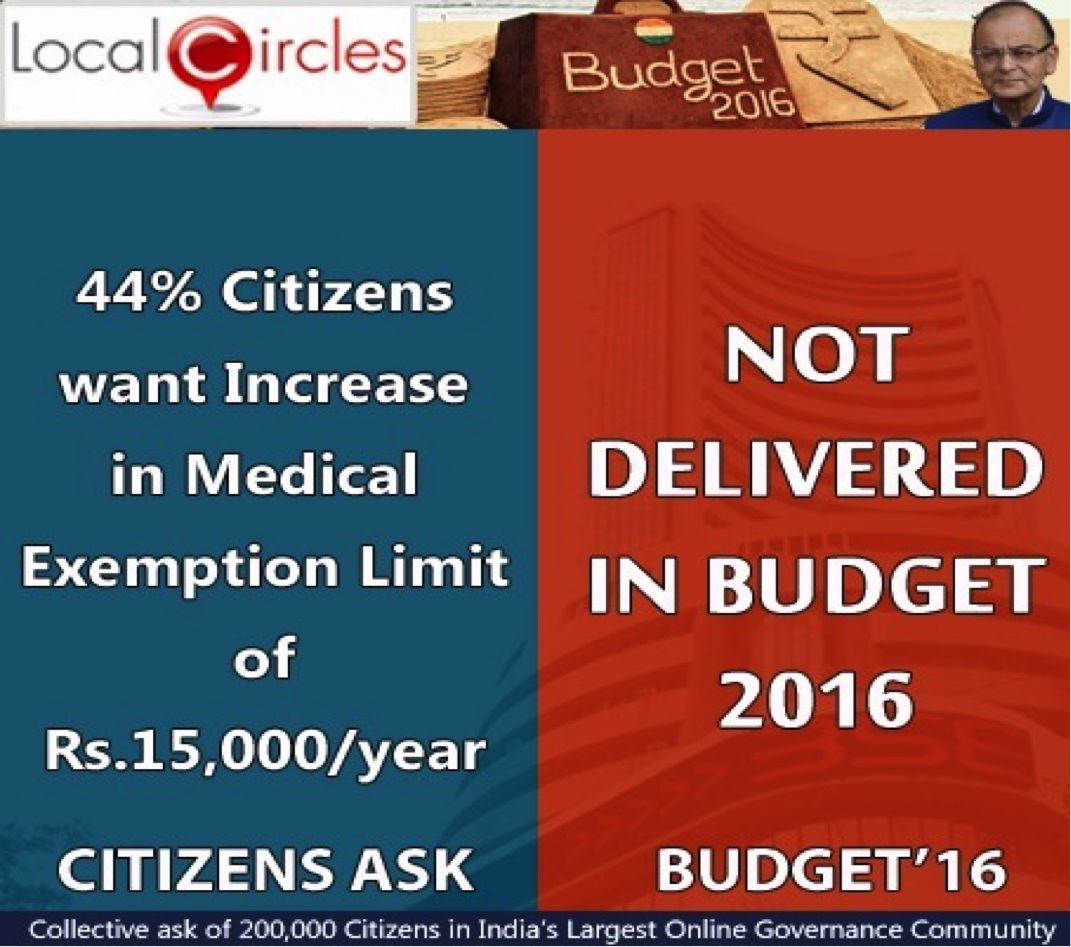