January 29, 2020, New Delhi: India has one of the largest startup ecosystems in the world which has directly or indirectly generated millions of jobs in the last few years. With the exception of angel tax resolution for the majority, the last 12 months have not been ideal for the Indian startup ecosystem. With funding drying up for seed and early stage startups and a slowdown in economic activity, Indian startups are currently going through Stress Test.

On 1st February, Finance Minister Nirmala Sitharaman will present the much-awaited Budget 2020 and thousands of startups, SMEs and entrepreneurs will be keeping a close eye on the announcements made. LocalCircles conducted a survey in its progressive community of 35,000+ startups, MSMEs and entrepreneurs, and asked them what they wanted from the upcoming Budget 2020. The survey received more than 18,000 responses. The survey results point at some of the pertinent issues that the startups community hopes will be addressed in the upcoming budget. 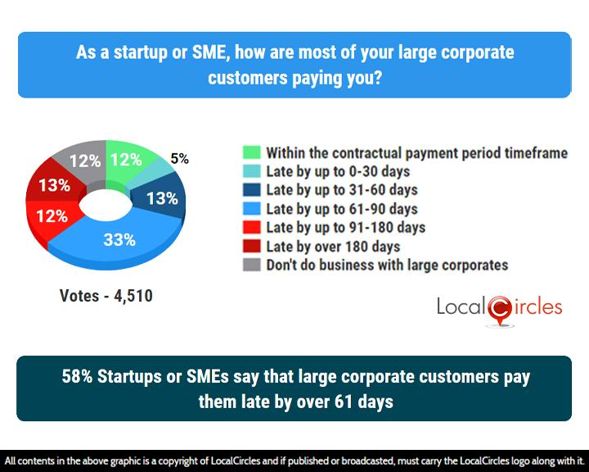 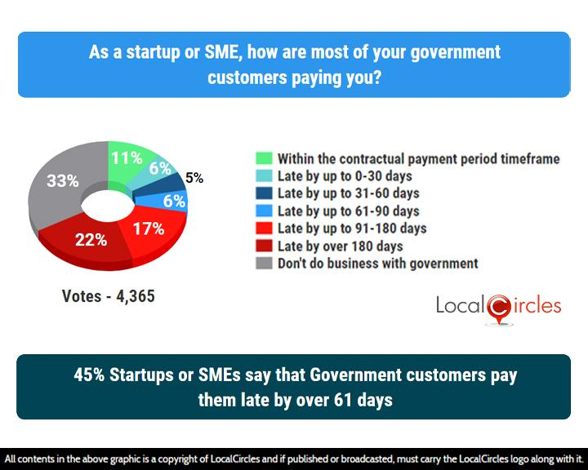 Since working capital is critical to startups and MSMEs, such payment delays create a big cash flow issue. Since GST becomes payable upon generation of invoice and the invoice stays unpaid for months, it only worsens the cash flow. Businesses also reported that many Government departments and large corporates are delaying the acknowledgement and booking of invoices in their system by several months and then at a later date ask suppliers to send updated invoices.

The SME and startup community want Budget 2020 to bring in a mechanism which drives large corporates and Government departments to timely book and pay their invoices.

Issues like ESOP taxation have been bothering the startups and their employees for many years. The collective ask from the startups is that ESOPs should be taxed only at the time of realisation or sale and not at the time of exercise as they are currently, as the valuation of startups tend to change and go up or down in a short period of time. It is critical that the Startup Indian Mission should take up such issues and resolve them quickly.

Some other areas where startups and SMEs are looking for relief are:

Startup India, DPIIT has claimed that it has worked on several initiatives including angel tax resolution. The following question asked if their business had benefited in any way as a result of the Startup India scheme. 50% said ‘no’ while only 20% said ‘yes’. 30% were unsure. 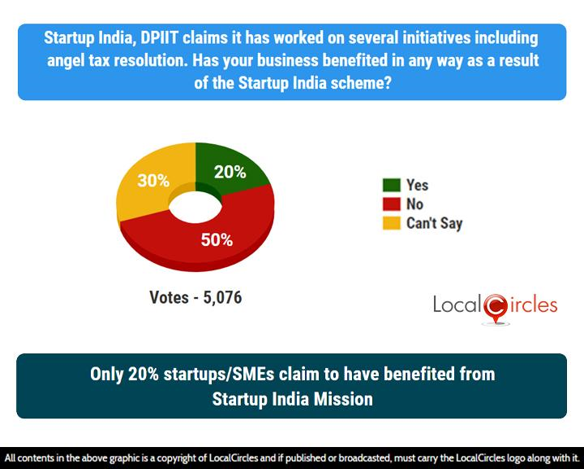 Indian startups have been very vocal about the taxation rules in the country and how countries like Singapore have a very startup-friendly tax regime. In the next poll, 11% startups/SMEs said they are very seriously considering moving their startup/SME business abroad to USA/UK/Singapore/other countries from a tax regime purpose. 20% said they have done preliminary evaluation but have not done detailed evaluation. 58% said they are okay with the current tax policies in India.

11% startups/SMEs say they are seriously evaluating moving out of India; another 20% going through preliminary evaluation 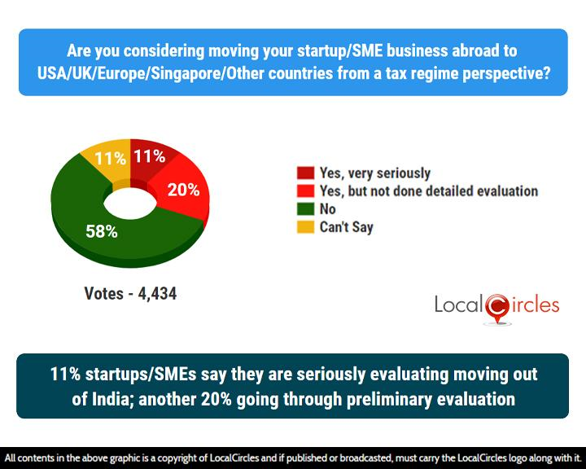 Startups and SMEs are optimistic that the issues listed above will be given the due consideration in the upcoming budget, which would enable them to play an important part in the growth of the country.