As Government relooks at Restaurant Service Charge, 37% consumers who went to an air-conditioned restaurant last month admit to paying it

May 24, 2022, New Delhi: The Department of Consumer Affairs today issued a statement cautioning restaurants on forced charging of “Service Charges” in the bill. The release issued by the Government said that restaurants and eateries are collecting service charge from consumers by default even though collection of any such charge is voluntary and at consumers discretion and not mandatory as per law.

LocalCircles since 2017 has been regularly creating awareness on the issue raising it the first time in late 2016. To understand what consumers were experiencing, LocalCircles was conducting a survey since the beginning of this month. The survey received 7,027 votes from consumers located in 271 districts of India and all these consumers had visited an air-conditioned restaurant in the last 30 days. 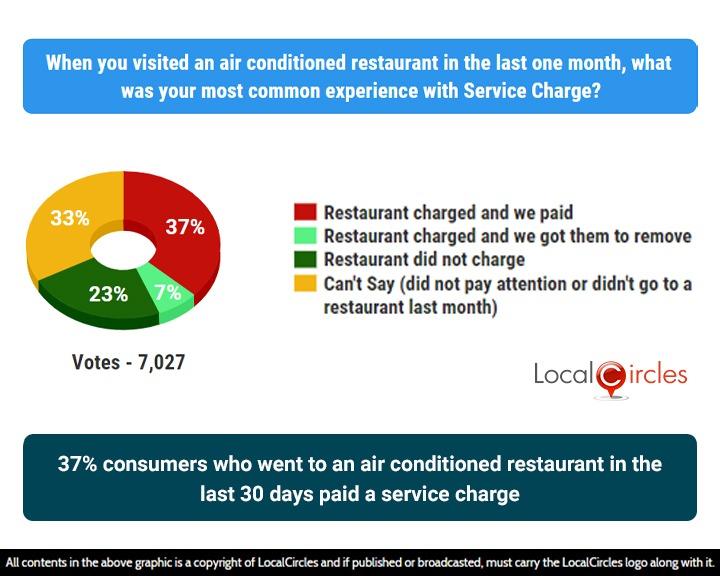 The findings indicate that only 23% air-conditioned restaurants are not levying such a charge on the bill which indicates that most may still be levying this charge on the bill. Service Charge is classified as an unfair trade practice and previously the Department of Consumer Affairs issued several advisories to restaurants in 2017-2019 so this practice stops. However, the practice continues to this date as indicated by the survey. 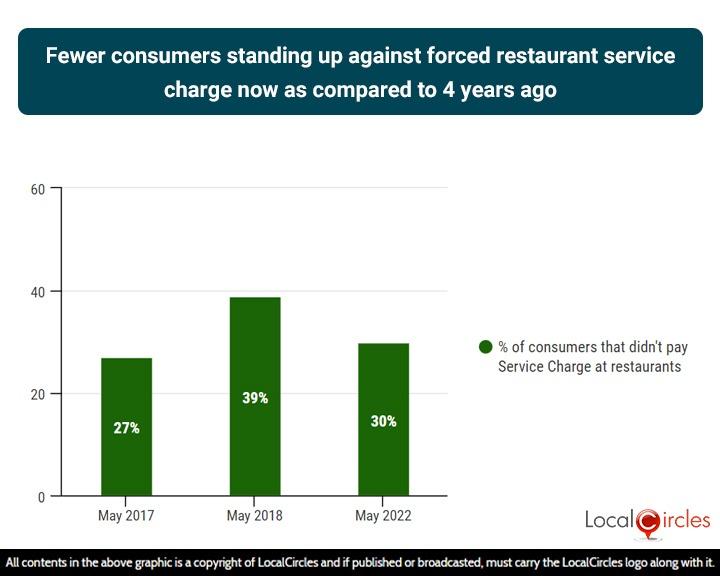 Now with the Consumer Protection Act 2019 being in force, the CCPA should issue an order against levying of service charge by air-conditioned restaurants. This will resolve the issue both for consumers as well as give clarity to restaurants. LocalCircles will share the findings of this report with the Department of Consumer Affairs and the CCPA for action.