26th April 2019, New Delhi: The school fee hike issue is in the limelight once again. Reports are coming from several parts of India including Telangana, Maharashtra, Delhi, Uttar Pradesh, Haryana and Madhya Pradesh where parents are complaining that they are faced with excessive hikes in school fee. In some of the major cities, parents have taken the protests to the streets and the District Magistrate offices.

LocalCircles conducted a survey to check the citizen pulse on what they have been facing with the school fee issue. This survey received more than 38,000 votes from over 20,000 unique parents and grand parents from across the country. This survey is a follow up to a similar survey in 2017 & 2018 which was covered extensively by media.

The first question asked citizens if their state Government has taken any action over the last few years that have been effective in regulating yearly private school fee increase. 83% responded in a ‘no while only 17% responded in a ‘yes’. 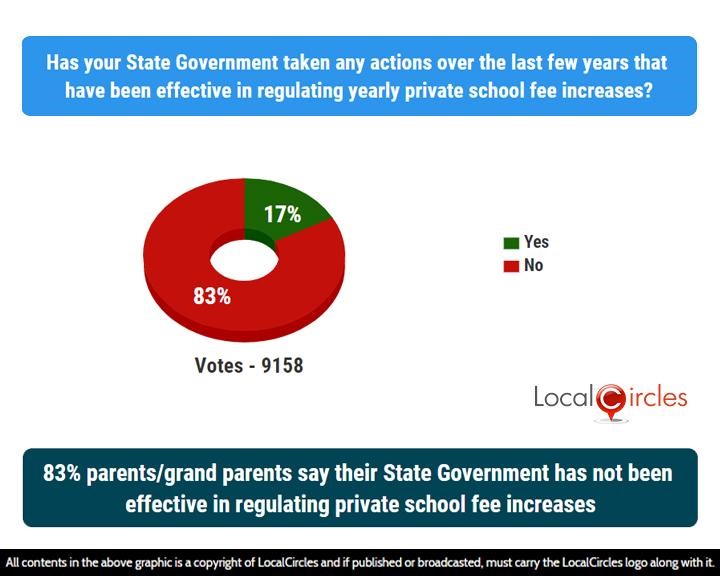 Many states like Uttar Pradesh now have an act that is supposed to be regulating school fee. However, the effectiveness of these acts is limited either because it is not being enforced by the State Government and Local Administration or the schools have approached the high courts and gotten a stay.

The next question asked citizens what is the percentage of school fee increase for their child/grand child from last session to the upcoming session. 29% said it is up to 10% while 43% said it is between 10%-20%. 28% said it is over 20%. This indicates that the largest percentage of parents are facing an increase in the 10-20% range. 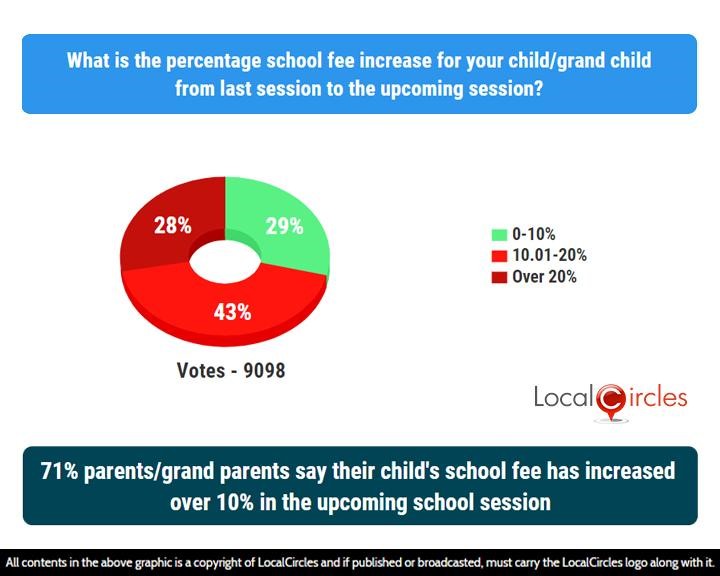 For many parents this is a top area of concern as their salaries are not increasing at the rate of the fee increase by their child’s school thereby leading to many facing a squeeze in household and transportation expenses. 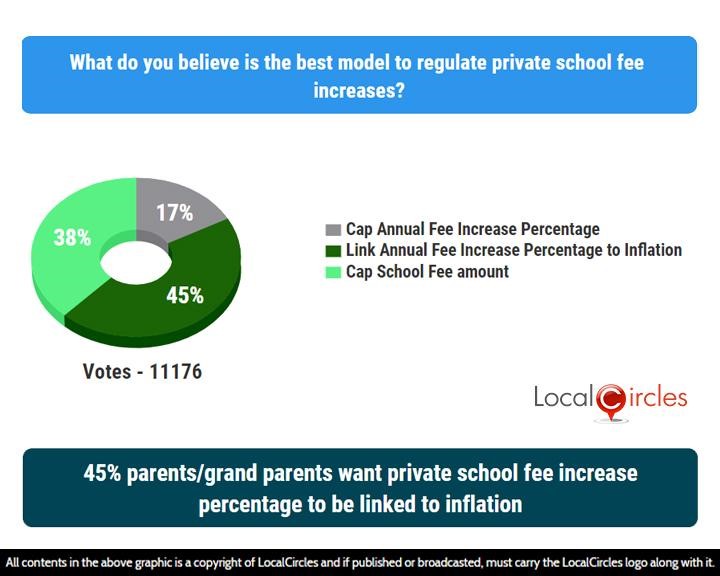 In the third question, 45% parents/grand parents said they want private school fee increase percentage to be linked to inflation. 17% said annual fee increase percentage should be capped, while 38% said the school fee amount itself should be capped. This according to parents will solve the issue as annual salary increases generally are tied to inflation rates. 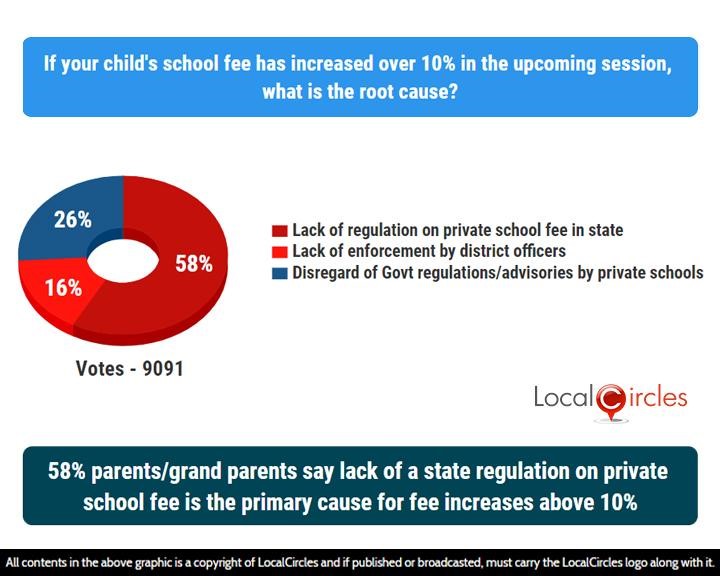 This is an extremely relevant data point as so far only Tamil Nadu, Gujarat and Uttar Pradesh have a law that regulates school fee increases. So that suggests that over 25 states in India, according to citizens must work towards bringing a regulation that prevents excessive school fee hikes.

According to parents, schools have been increasing fees on various accounts like increase in teacher’s salary due to Seventh Pay Commission, wage incremental factors like DA, annual increment payable to staff, higher gratuity due to increase in salary and length of service etc. Also, most schools continue to charge fees under various heads beyond the tuition fee under the name of Annual Fee, IT fee, etc. thereby making it extremely difficult for parents to keep track.

LocalCircles will be sharing this survey report with all Chief Ministers so they can drive action in their respective states along with a copy to Minister, MHRD, Secretary, School Education and Chairman, CBSE.