9 March, 2017, New Delhi: There has been much unrest amongst the consumers after some private banks announced charges on withdrawal and deposit of cash beyond a certain limit. Citizen engagement platform LocalCircles took the discussion to the next level and asked the citizens if their bank discloses the transaction fee charged to them when they were making online transactions like NEFT, RTGS etc. and 46% citizens answered in a negative. 47% citizens said that they were aware of the transaction fee and 7% were unsure about it. A total of 8935 citizens participated in this survey. 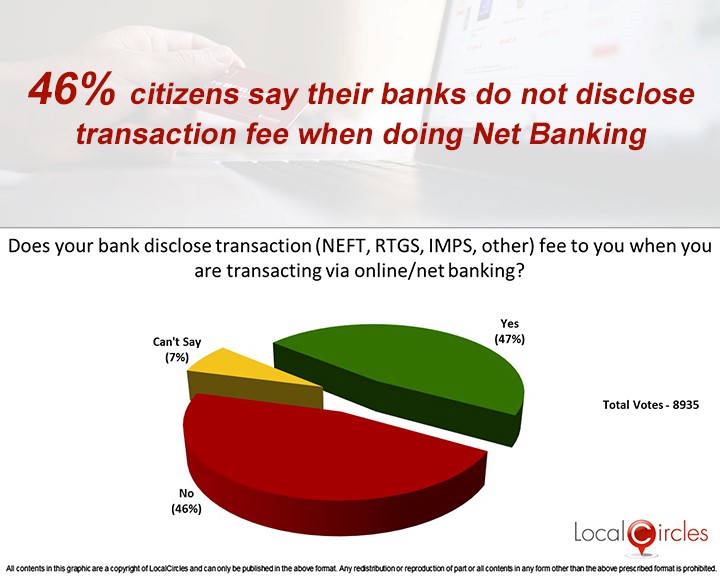 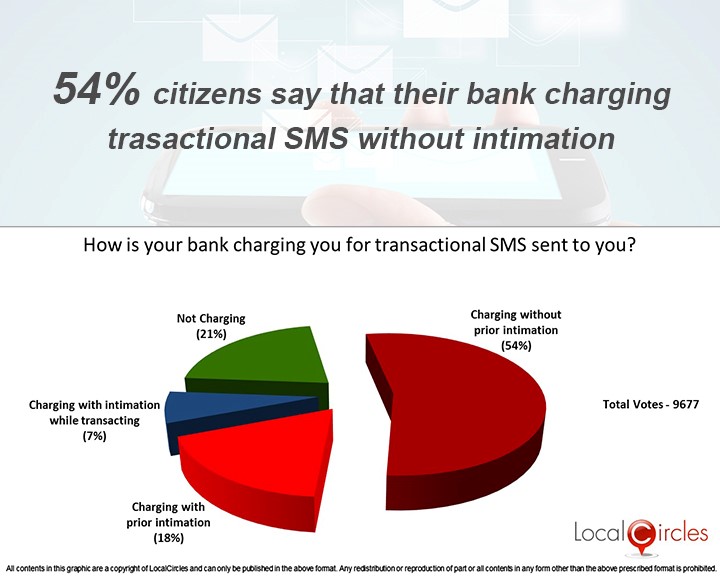 Some other instances where banks charged customers without disclosure where also pointed out by the citizens. These included debit card charges without prior information, a service charge being charged on online transactions, customer account being debited every quarter under ‘preferred customer account’ head etc. 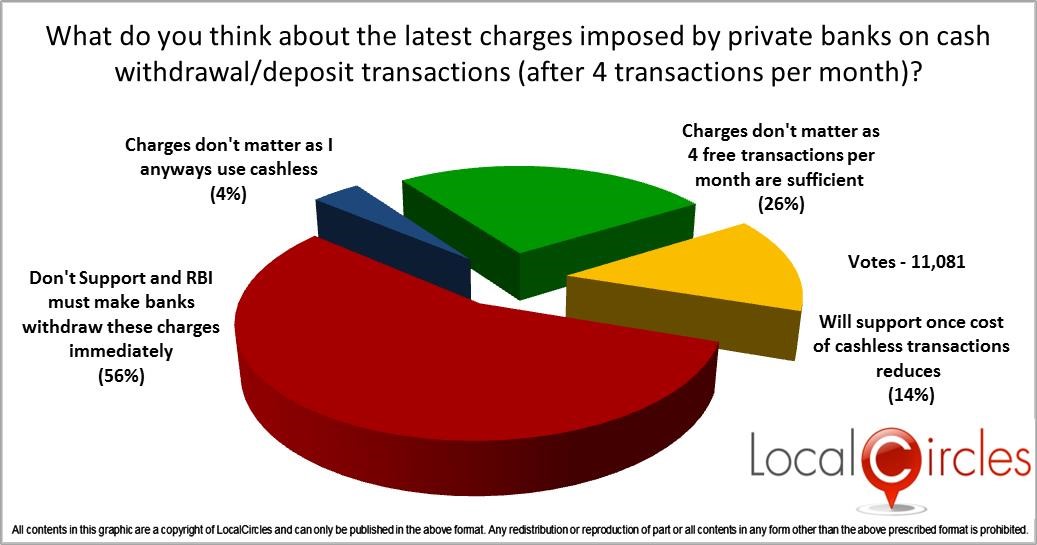 Many citizens also said that these charges will force them to close their accounts with these private banks and migrate to bigger public sector banks. Consumers are of the opinion that instead of reducing the cost of digital transactions, private banks are trying to show the stick to the customer and forcing them to go digital.

LocalCircles is sharing these consumer concerns with the Department of Consumer Affairs requesting them to take the matter up with banks directly and via other stakeholders in the Government.