LocalCircles concludes its 20 point citizen poll with over 15,000 citizens voting on each question

• Overall, 76% citizens feel optimistic about their and their family’s future in India

Over 150,000 citizens in the Make Railways Better circle hosted by LocalCircles had called for Services & Amenities as the top focus for Rail Budget 2016. The budget presented by Minister of Railways had Services and Amenities focus at the core of it. However ticketing policy changes suggested by citizens were not included in the budget and still remain a top area of citizen concern.

Over 100,000 unique citizens from different parts of India and some NRIs participated in this exercise which lasted almost a month and included a combination of 20 polls and discussions. Over 15,000 citizens participated in each one of the polls and a total of 375,568 responses were received making it a very large sample size. The sample also included people from all age groups 18 and above. Also, 46% of the respondents were from Tier 1 cities, 27% from Tier 2 cities and 27% were from Tier 3 and rural parts of India.

Key Quantitative Findings from the 2 years of governance Citizen Survey

Below are the detailed poll results for all the 20 questions: 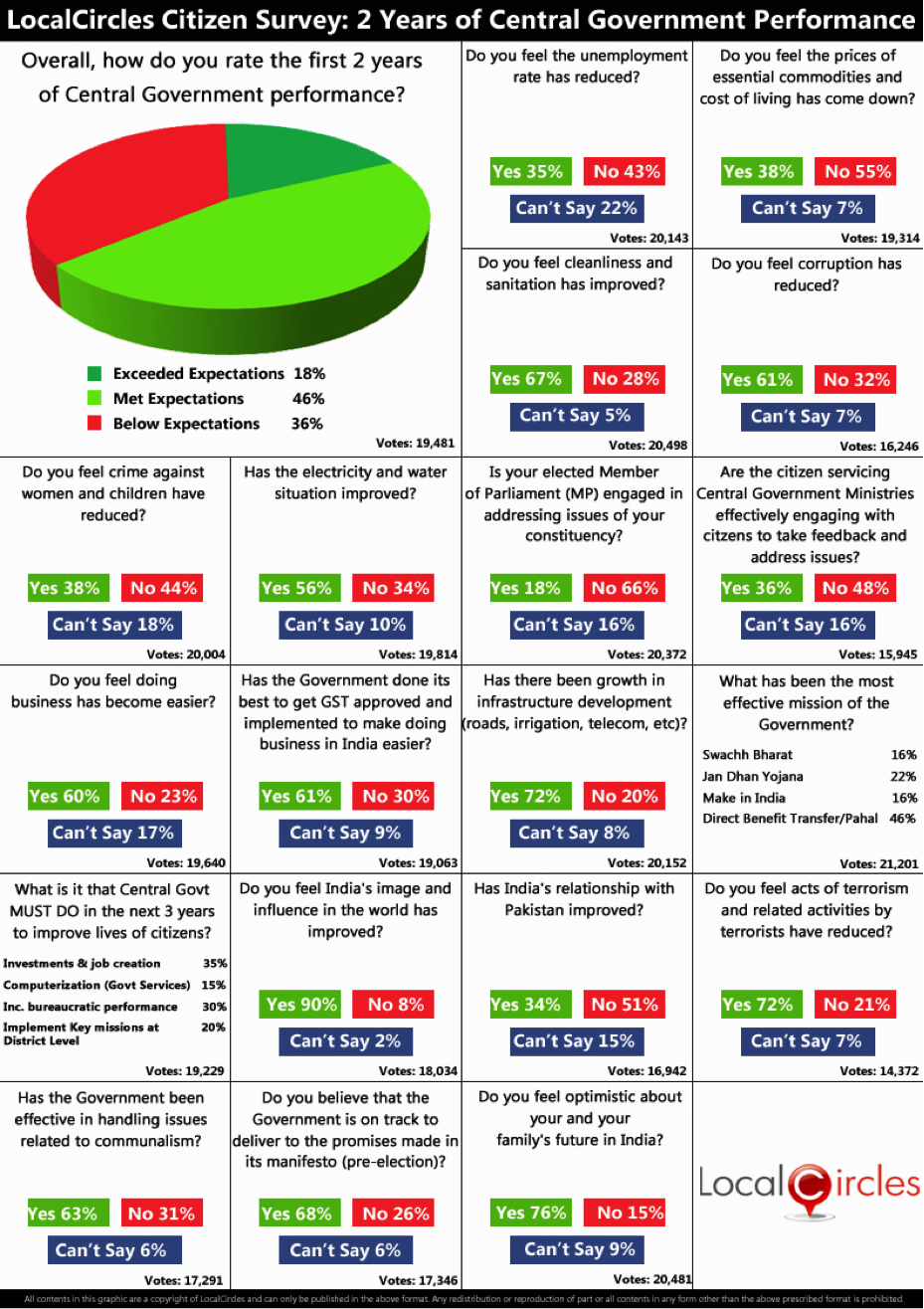 Below are key qualitative recommendations from citizens on Government focus for the coming year: