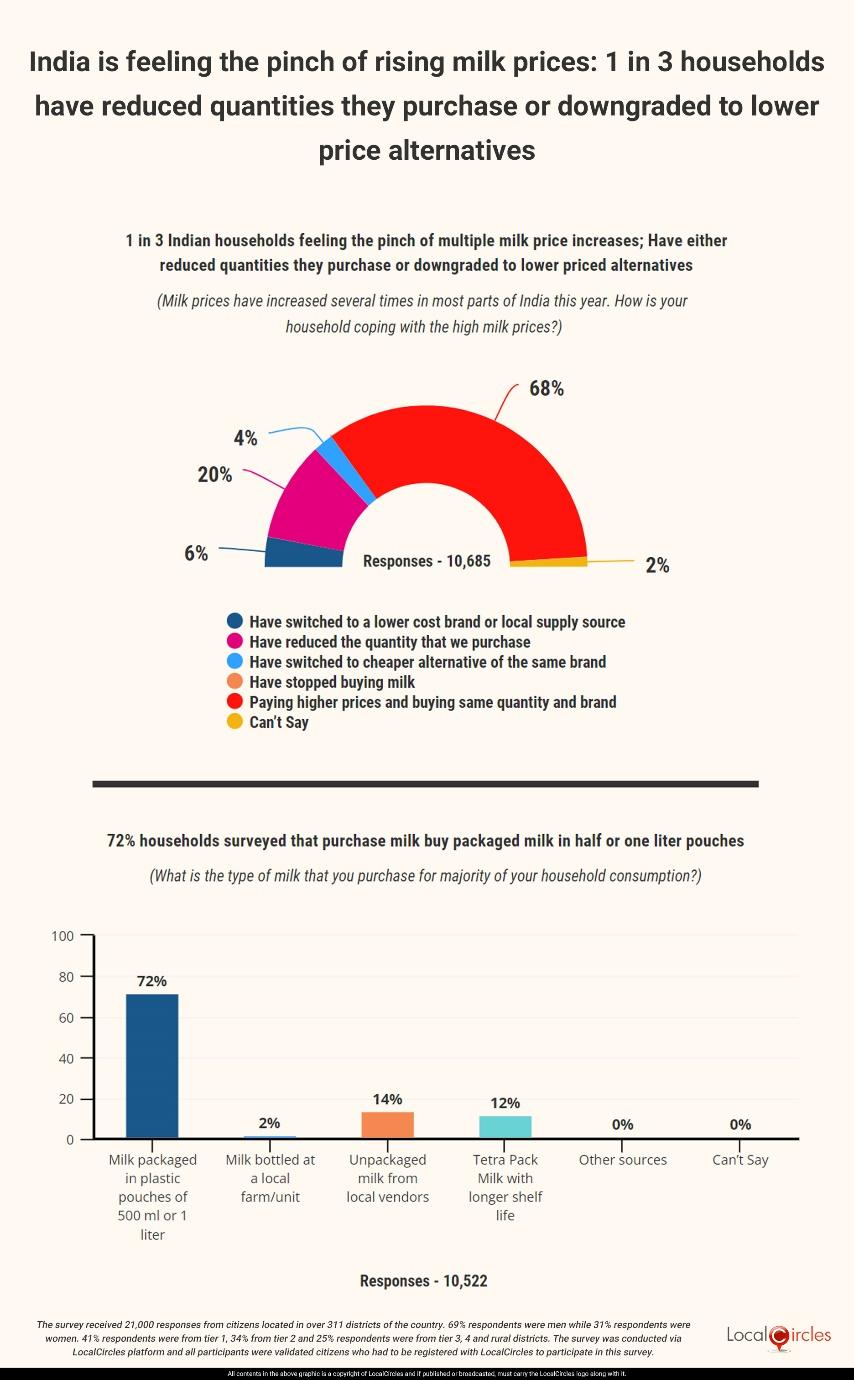 For Indian consumers already struggling in a high food inflation scenario, which seemed to be improving according to the last government data, an increase in milk prices by Rs. 2 per litre from August 17th by most milk cooperatives is bad news. This is more so since leading milk and milk products brands like Amul had earlier in March this year raised the prices by Rs. 2 per litre.

The major reason behind the rise in prices of milk, according to Gujarat Cooperative Milk Marketing Federation (GCMMF), which sells its products under Amul brand, is due to the steep increase in costs of energy, packaging, logistics and cattle feed that has led to an increase in the overall cost of operation and milk production. “This price hike is being done due to an increase in overall cost of operation and production of milk. The cattle feeding cost alone has increased to approximately 20 per cent compared to last year. Considering the rise in input costs, our member unions have also increased farmers’ prices in the range of 8-9 per cent over previous year,” GCMMF said in a statement announcing the price hike from August 17.

When people via the first question in the survey were asked about how their households were coping with the high milk prices, it found that 68% of consumers said “they were paying higher prices and buying same quantity and brand”, while 6% out of 10,685 respondents stated they have “switched to a lower cost brand or local supply source” and another 4% have switched to a cheaper alternative of the same brand that they had been buying earlier. Though no respondent admitted to discontinuing buying milk, 20% respondents admitted to “reducing the quantity that they purchase”.

For India’s marketing year (MY) 2022 (January-December), USDA report has forecast a higher fluid milk production at 203.5 million metric tons (MMT) based on a relatively normal June-September monsoon season. The projection is 2% higher from earlier USDA’s estimate of 199 MMT. Roughly 500 million Indians depend on livestock rearing. With 15% share in monthly income, the livestock sector has become a stable source of income for most agricultural households. Slightly more than half of India’s milk production is formally processed while the remaining 48% is consumed on farms or sold through informal channels. 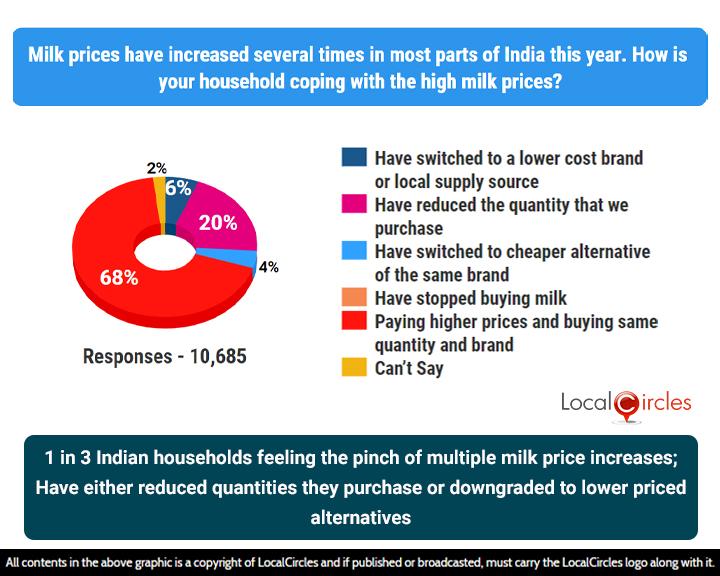 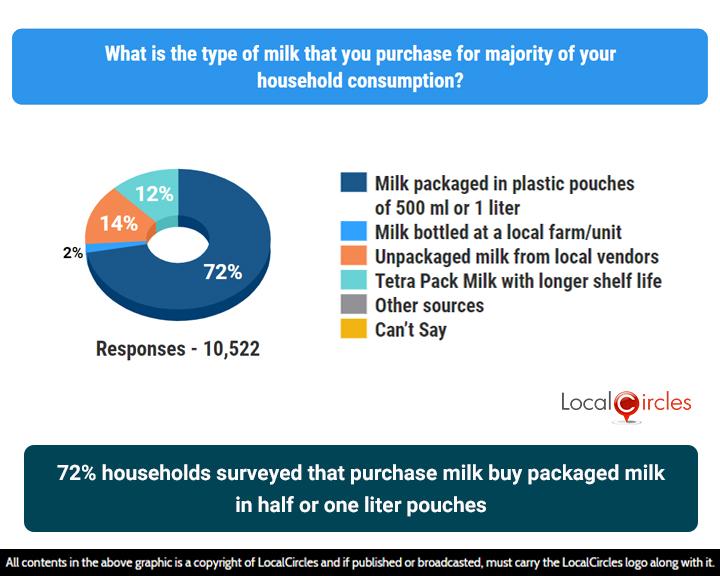 As part of the survey, LocalCircles also attempted to understand how people were buying milk. To the question, “what is the type of milk that you purchase for majority of your household consumption” found that 72% out of the 10,522 respondents were buying milk packaged in plastic pouches of 500 ml or 1 litre, 12% were buying bottled milk from local farms or bottling units while 14% consumers are buying unpackaged milk from local vendors. Only 2% were buying tetra pack milk with longer shelf life, possibly because they are more expensive compared to milk packaged in pouches.

In summary, despite the higher prices, 68% of the household consumers are continuing to buy their current type of milk but 32% have either reduced the quantity of milk they buy or switched to cheaper alternatives be it the same brand, different brand or local sources. Given the continuing dependence of most vegetarian households on milk and milk products for protein intake, the reduction in quantities of milk purchased is a cause of concern, especially where children might be getting deprived. On the other hand, as farmers also have to have a sustainable income from their dairy activity, it is a tight rope walk for policy makers and the need of the hour may be driving efficiencies and reducing waste so further price increases do not occur in the near future and the producers earn same or more by becoming more efficient in selling milk and reducing waste.