The online ‘Anti-Profiteering Community’ on LocalCircles founded by the National Anti-Profiteering Authority has for the past few months, been brimming with complaints against various companies who have been indulging in GST profiteering. According to the consumers, the Government has been reducing GST on various products, but instead of passing the benefits on to the consumers, majority of the companies seem to have not reduced the prices and passed the GST rate reductions to the consumers. LocalCircles conducted a 3 point consumer pulse check to ascertain the magnitude of the problem. The survey received more than 24,000 votes from over 15,000+ consumers. 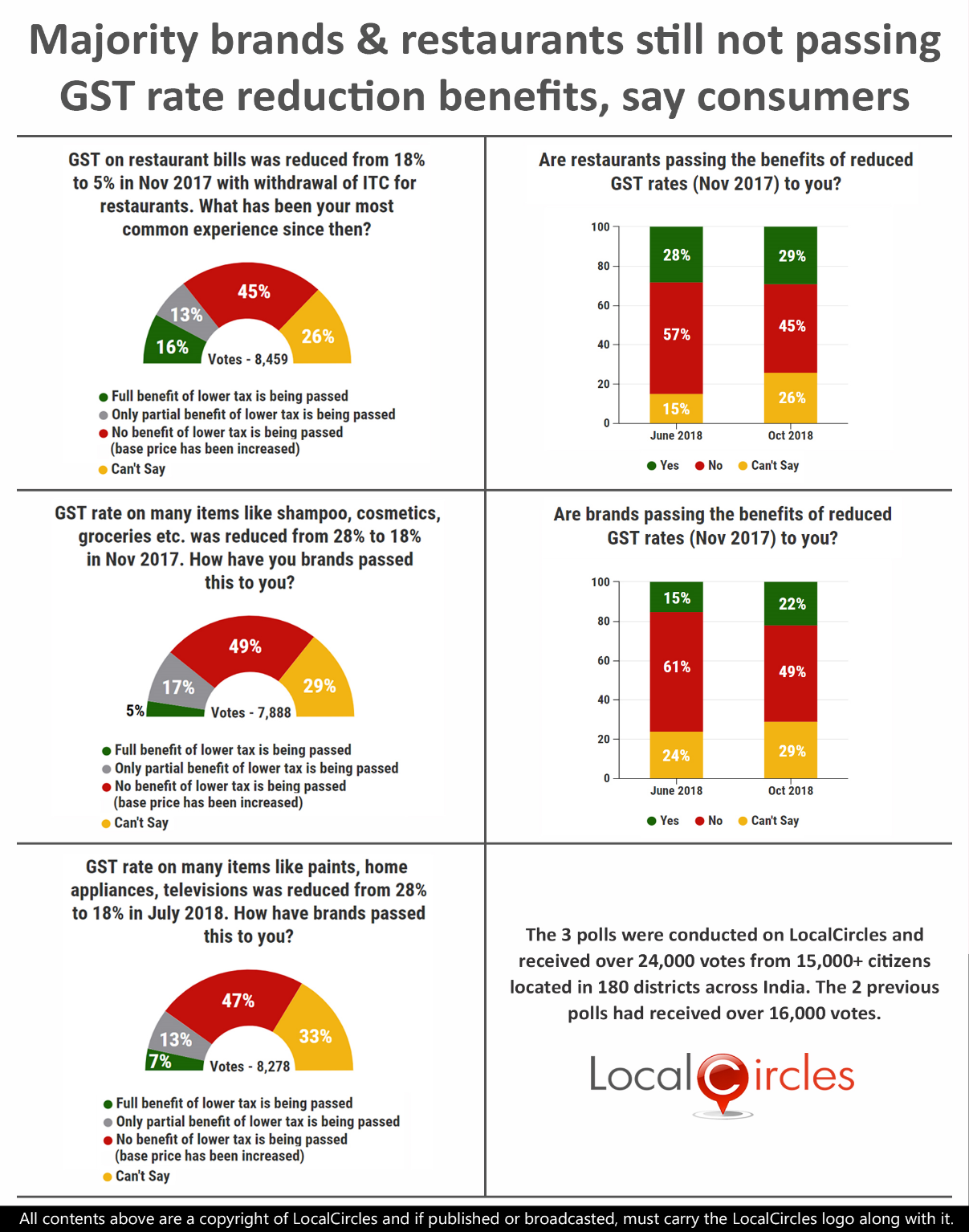 GST on restaurant bills was reduced from 18% to 5% in Nov 2017 with the withdrawal of Input Tax Credit for restaurants. Citizens were asked what their most common experience has been since then. 45% said that no benefit of the lower benefit is being passed on as the base prices has been increased. 16% said restaurants are passing full benefits of the lower tax to the consumers while 13% said only partial benefit is being passed on. 26% were unsure. 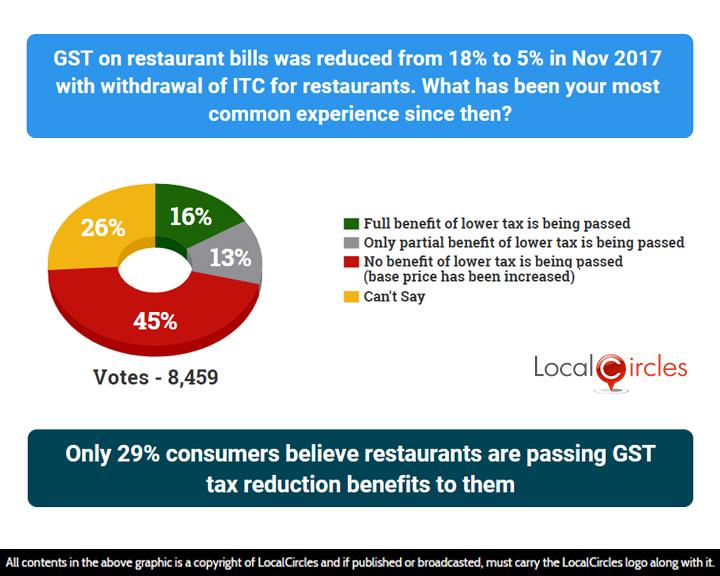 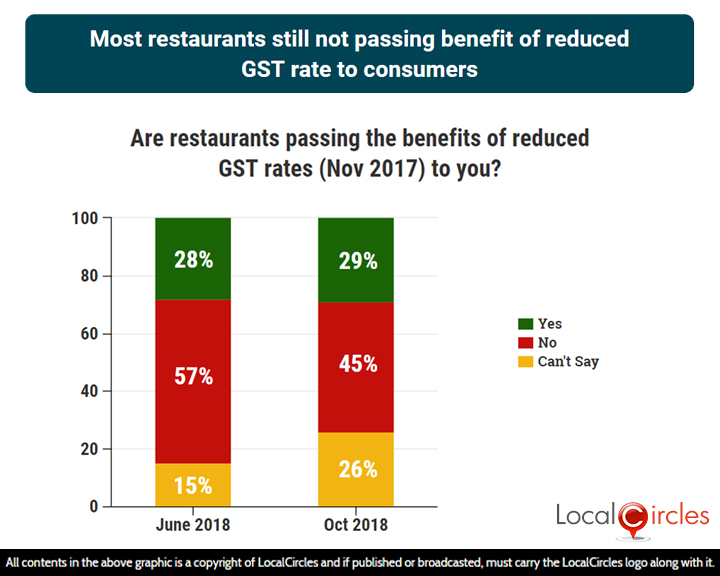 The above indicates that the number of consumers saying that the restaurants are passing benefits of reduced GST is not expanding and those who Can’t Say has grown from 15% to 26% highlighting an increase in the indifference towards the bill raised by the restaurant. 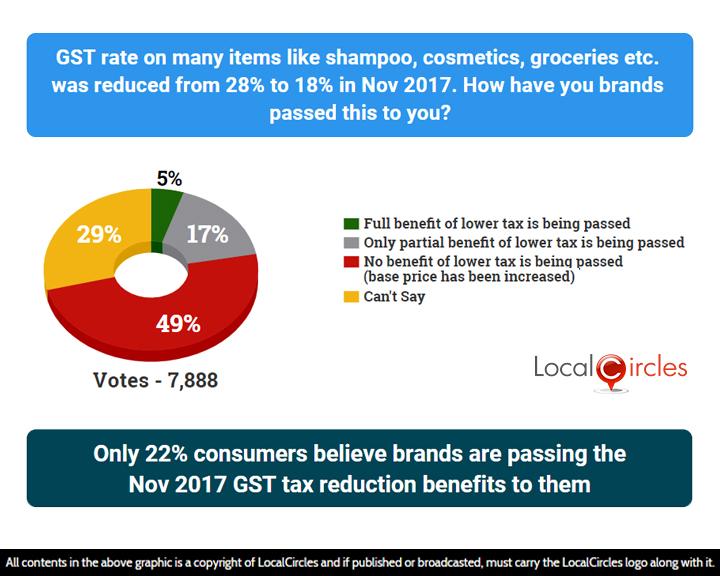 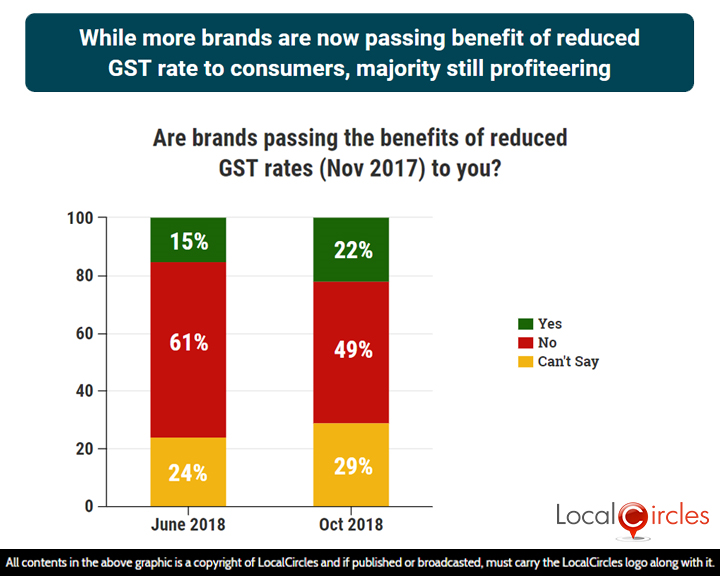 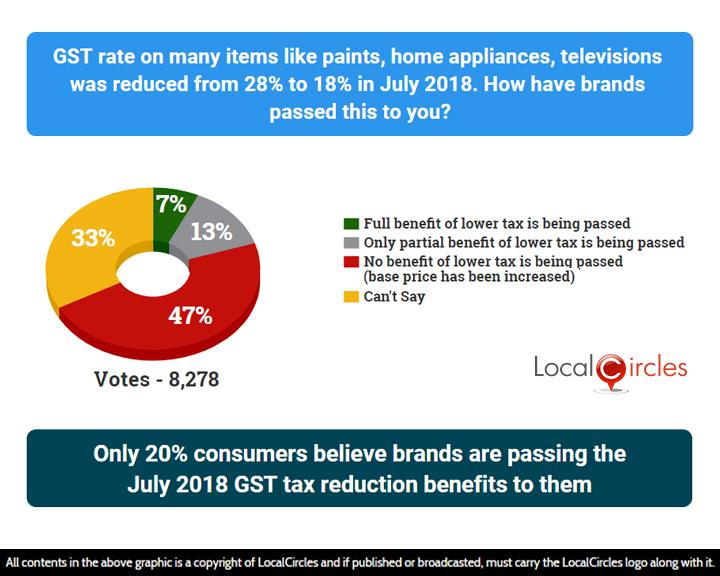 Many complaints have been received in the Anti-Profiteering circle on LocalCircles where consumers have named many companies with invoices or pictures of the product MRP tag from before and after the GST rate revision. Once a complaint is received in the community, it goes to DG Anti-Profiteering for action and the whole process from complaint to order can take up to 9 months. The National Anti-Profiteering Authority is monitoring all consumer inputs very closely so most brands do this pro-actively rather than post an order is issued against them. LocalCircles has also written to 25+ GST commissioners that cover manufacturing of most of the products that were included in the Nov 17 and July 18 rate reductions, requesting them to communicate to businesses in their areas about passing the GST benefits to consumers via revising MRPs.