51% citizens paid a bribe in the last 12 months; property registration, police and municipality top areas where bribes are demanded 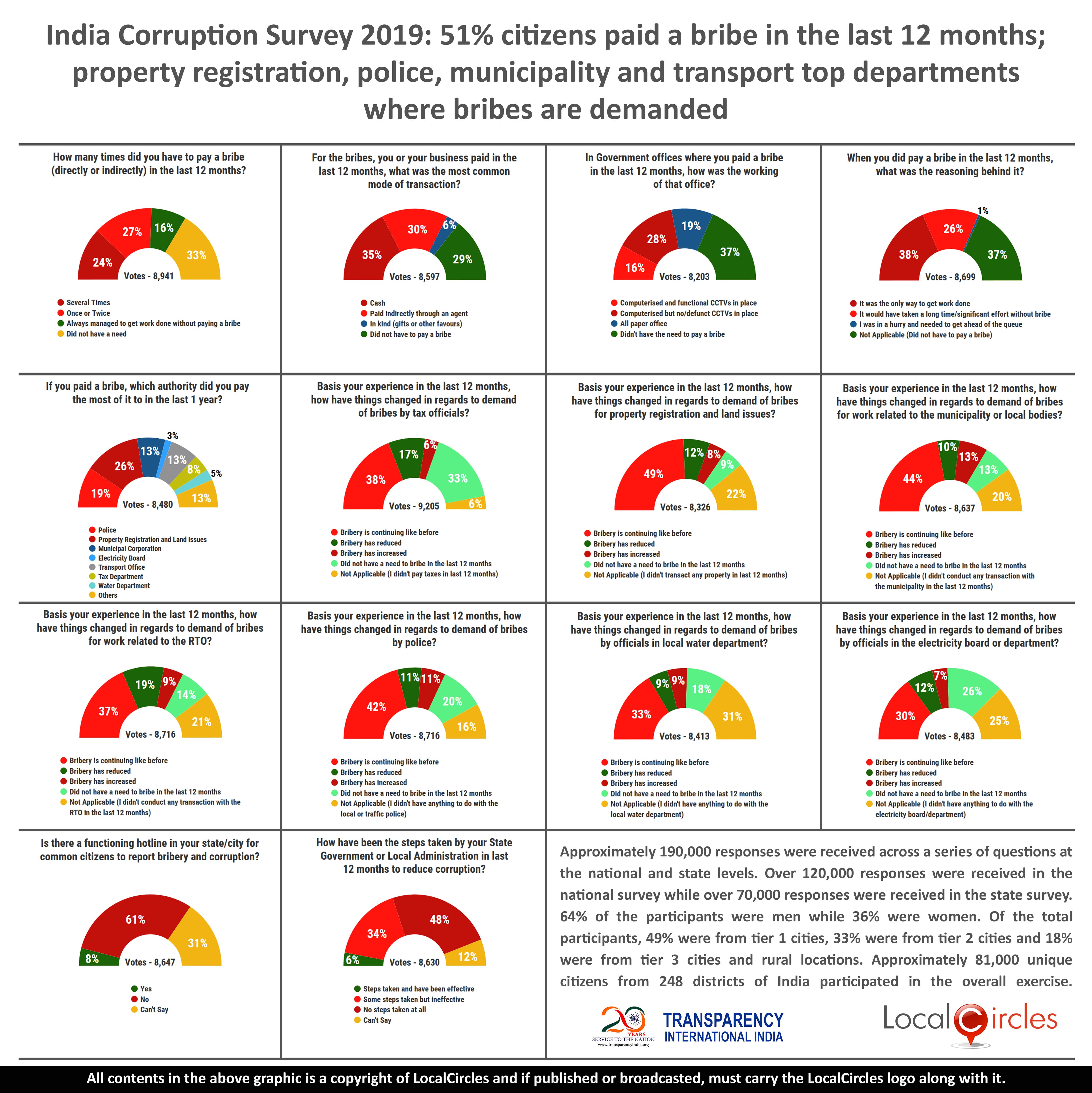 27th November 2019, New Delhi: : Corruption, over the last several decades has been a part and parcel of daily life in India. While the introduction of systems in public services has largely reduced corruption in centralised services like securing a passport or buying a railway ticket, most citizen services at the state and local levels are still ridden with bribery and kickbacks.

India’s ranking in the Corruption Perception Index 2018 released by Transparency International, has improved 3 places compared to last year and we now stand at 78th position out of 180 countries. According to the 2018 survey, 56% citizens of the country said they had paid bribes, while this year’s survey reveals a definite and noticeable reduction in the number of times bribes are paid by the citizens either directly or indirectly. The reduced percentage of citizens who said they paid a bribe in the last 12 months stands at 51%.

According to the Prevention of Corruption Act 2018, giving a bribe is an offence with up to 7 years of imprisonment or fine or both. In the first question, 24% citizens admitted to giving bribes several times in the last 12 months and 27% admitted to paying bribes once or twice. 16% said they always managed to get work done without paying a bribe while 33% said they did not have a need

11% said bribery to police has reduced while 11% said it has increased. 42% said it is the same as before. 20% did not have a need to pay a bribe. The survey shows that top 3 corruption prone departments are Property Registration & Land Issues, Police and Municipal Corporation. 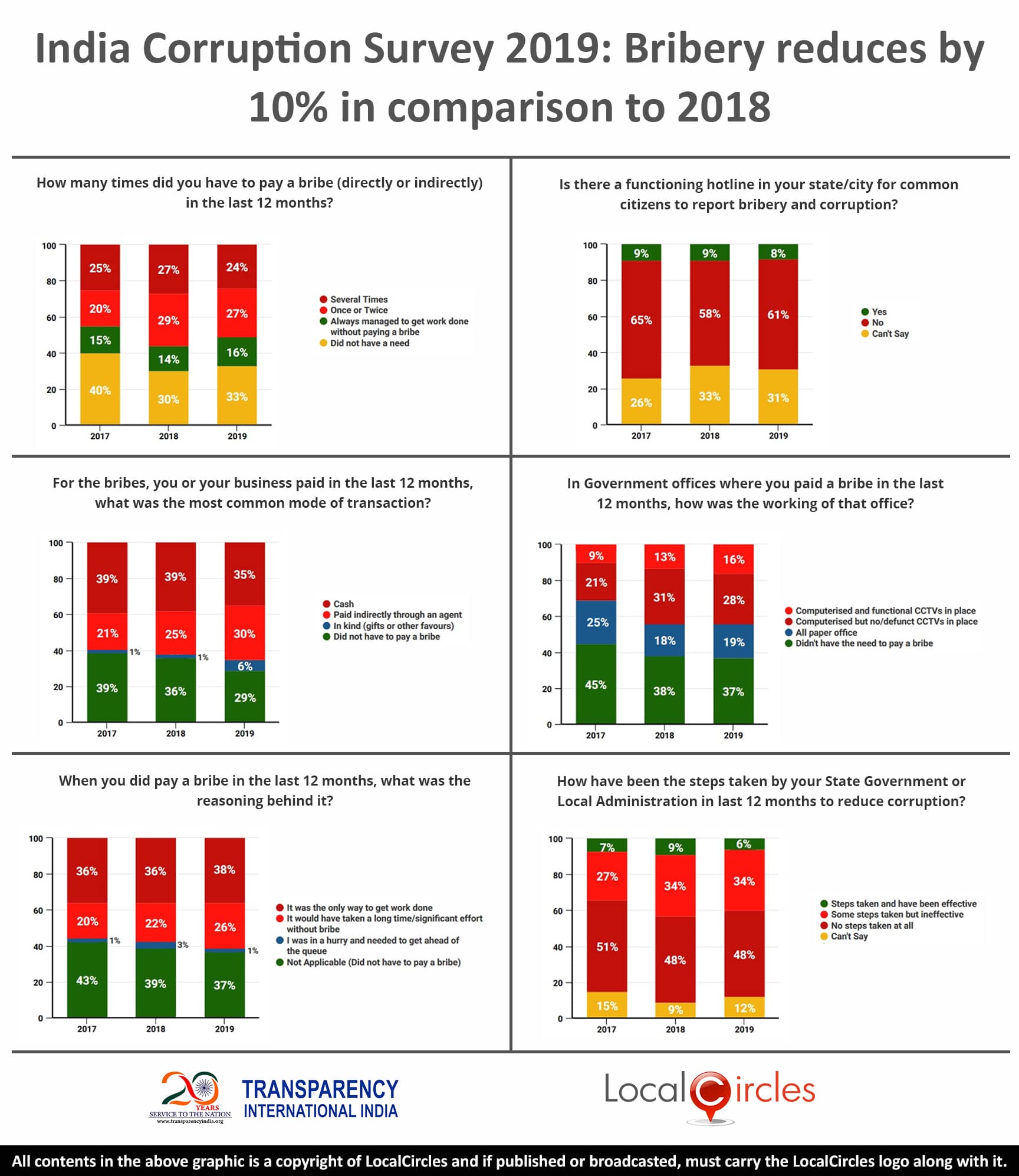 The percentage of citizens who paid a bribe this year has come down to 51% compared to 56% last year. This number stood at 45% in the year 2017. Upon reviewing citizen discussions in the online community “Together Against Corruption” on LocalCircles, it is evident that corruption took a dip in 2017 post demonetization as people did not have cash readily available to pay bribes at least for some part of the year. However, the dip from 2018 levels of 56% to 51% in 2019 is a positive trend without any external interventions.

Just like the last 2 years, cash is still the preferred way to pay bribes. Although when compared with last year, cash bribes have reduced from 2018 to 2019, while those paid via agents and paid in kind increased.

Instances of coercive bribery are not reducing and remain a sizable portion of total bribery transactions. Citizens who said bribe was the only way of getting work done increased from 36% in 2018 to 38% in 2019, and who paid bribes to get work done quickly increased from 22% last year to 26% this year. 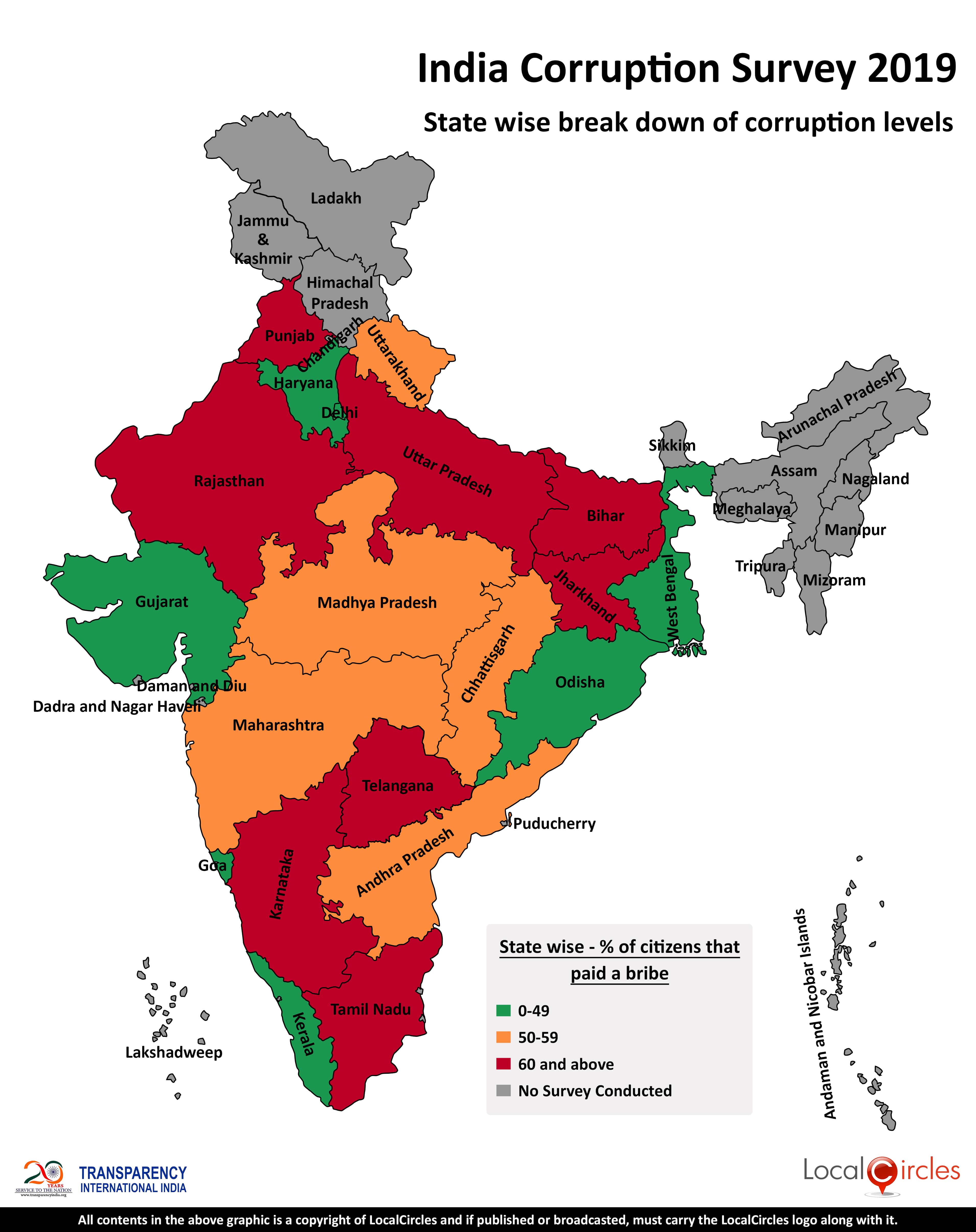 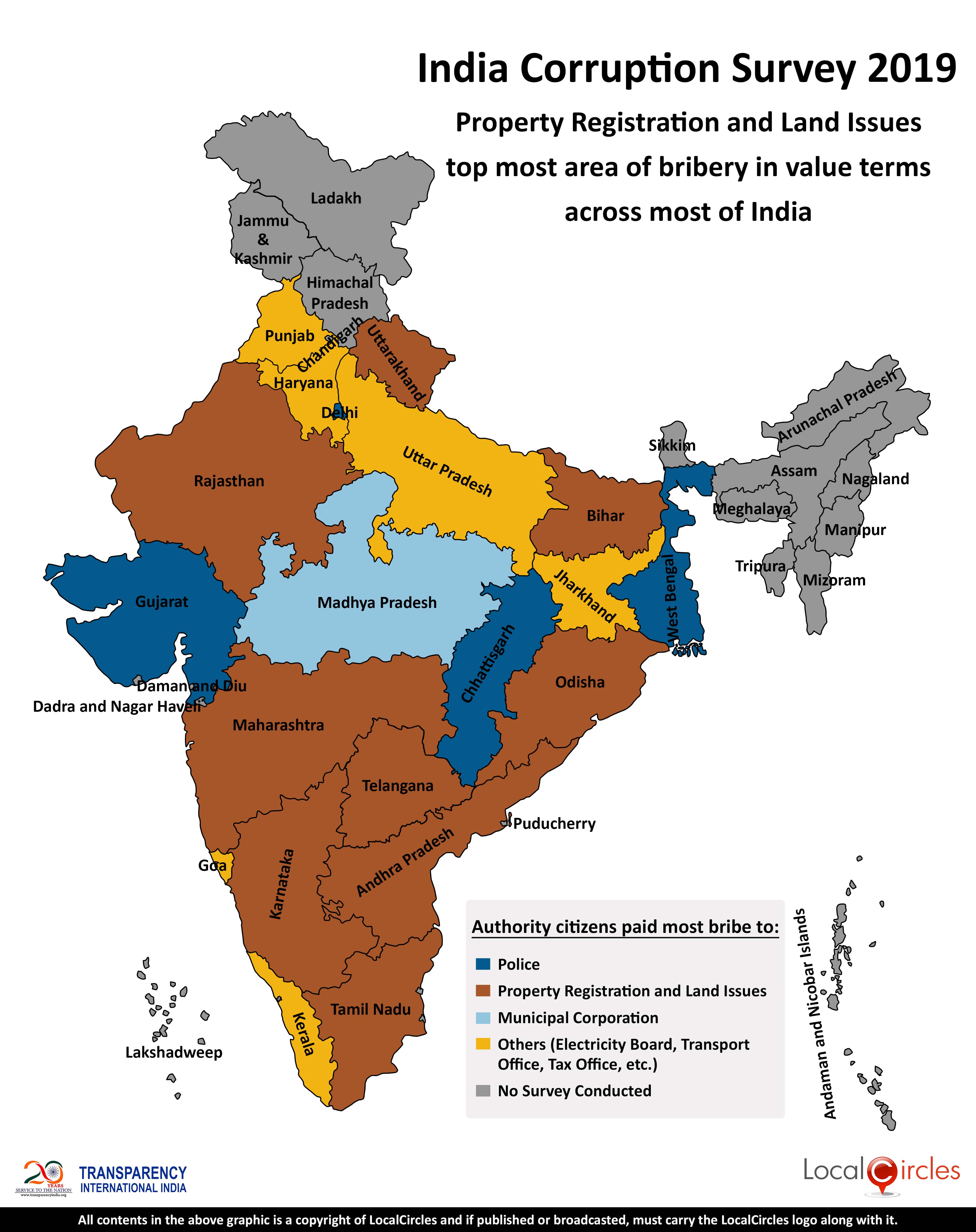