20th November 2019, New Delhi: The air quality in Delhi and NCR crossed AQI levels of 1500 on November 3rd, a day when the entire city struggled to breathe. From November 4th, the Delhi Government implemented its Odd-Even scheme as part of the GRAP i.e. Graded Response Action Plan to control pollution.

The scheme when announced in mid-October did not get the support of many residents of Delhi NCR as they have been of the belief that the top root cause of the extremely dangerous levels of the air in the city is the stubble burning in the states of Punjab, Haryana and Uttar Pradesh. In addition, with all the exemptions announced by the Delhi Government like for two wheelers, taxis, etc, the people expected it to have minor impact on the pollution levels and the same turned out to be true. The AQI levels reduced from Nov 7th as predicted by the weather forecasters but again rose to the 600-800 range on Nov 11th and hit a high of 800-1000 range on Nov 14th and 15th.

Post the closure of Odd-Even scheme on Nov 15th, LocalCircles went back to the citizens of Delhi to better understand how the scheme worked for them and its effectiveness. Over 17,000 responses were received from citizens located in different cities i.e. Delhi, Gurgaon, Noida, Ghaziabad and Faridabad.

The Supreme Court on the last day of the scheme called the odd-even scheme “half baked” and said that it might not be a solution to control the deteriorating air quality in the city. 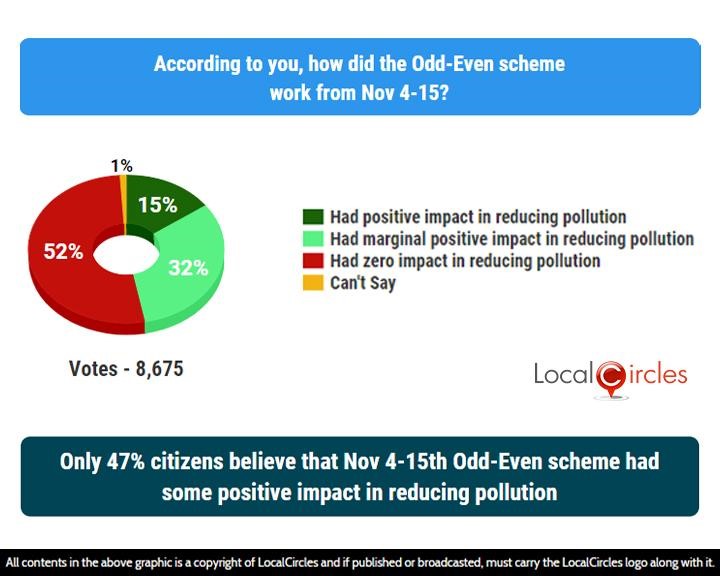 The top court last Friday said that it’s a halfway solution, either its full odd-even or no odd-even, there has to be no exemption.

46% citizens of Delhi do not support Odd Even in any form. 51% feel believe if it were to be brought back, it must reduce the number of exemptions 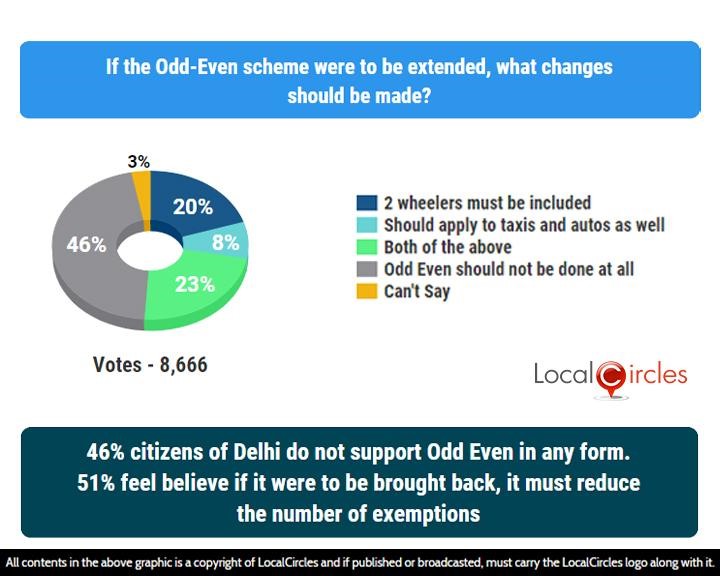 From the hundreds of thousands of posts and comments that have been received on LocalCircles on the subject of dangerous air quality, it does appear that people are convinced that an Odd-Even scheme can have very marginal impact at best and the root cause of stubble burning is the one that needs to be addressed on priority.

LocalCircles has been actively tracking various aspects of Odd Even scheme since last 2015. At the end of the first phase in Jan 2016, 58% residents of Delhi NCR had rated the scheme to be effective in reducing pollution. This same number currently stands at 47%, of which a large majority of people find the impact to be originally marginally positive.

More than 17,000 votes were received in this from residents of Delhi NCR located in Delhi, Gurgaon, Noida, Ghaziabad and Faridabad. 63% respondents were male while 37% were females.

Citizens split on impact of Odd-Even scheme; many want exemptions reduced for it to be successful 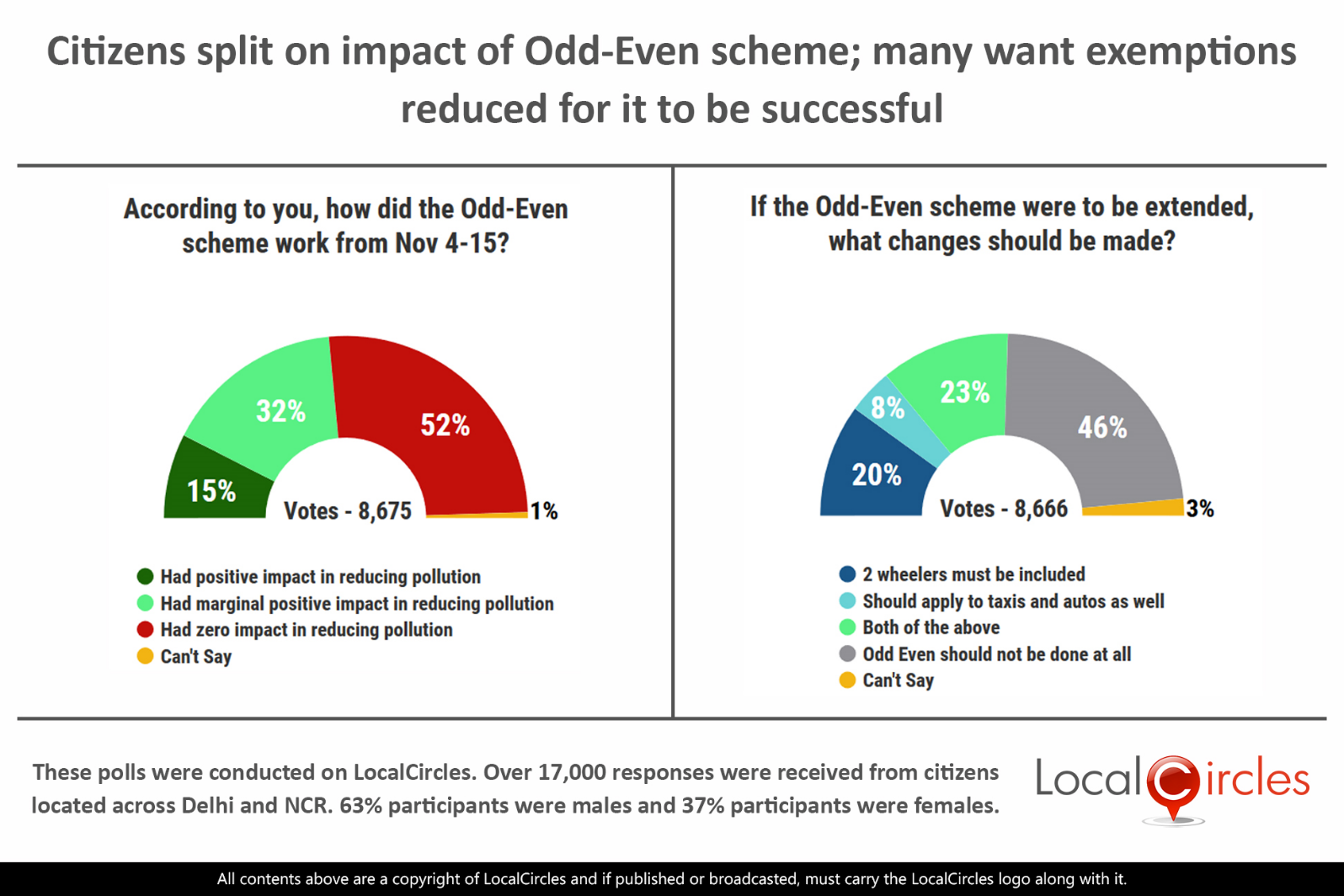