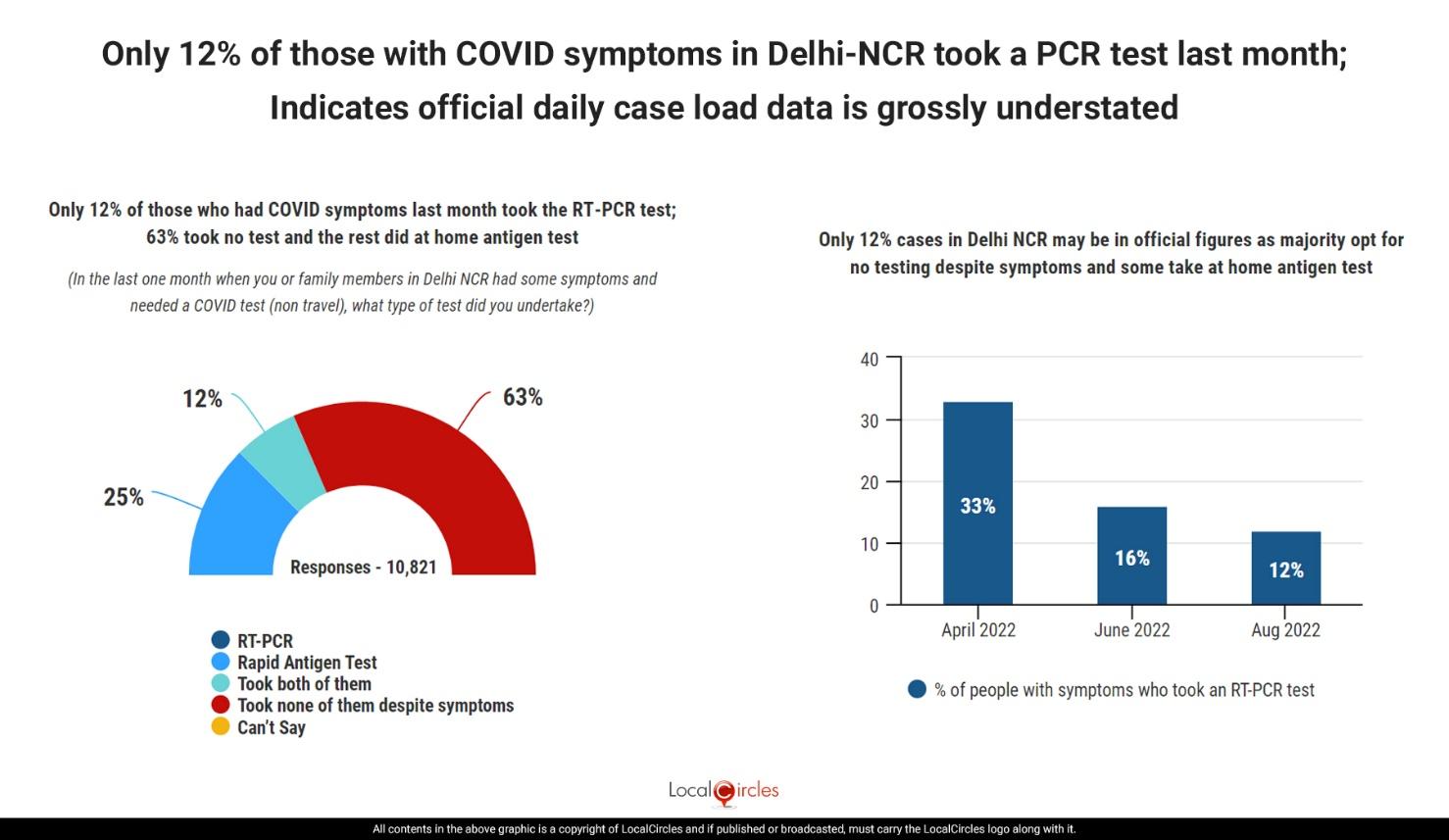 Aug 8, 2022, New Delhi: The test positivity rate in Delhi touched 15% on Sunday and the data released by Delhi Government indicated 2423 cases in the national capital. However, the daily case load numbers reported are far away from reality as a large majority of Delhi residents with symptoms either avoid taking any test or are taking the at-home rapid antigen test, skipping the RT-PCR.

With new Omicron sub-variants like BA.2.75 and BA.5 both spreading in Delhi and NCR cities of Noida, Gurugram, Ghaziabad and Faridabad along with the original BA.2, BA.2.121. and BA.2.38, the latest surge is driven by lack of any restrictions on acitivites, public places being open and schools, colleges, workplaces all functioning at 100% capacity. What is also driving the surge is lack of any masking norms and social distancing norms being complied to. In the June LocalCircles survey, only 5% citizens had expressed that masking and social distancing compliance was effective in their area.

To understand the on-ground situation of COVID testing, LocalCircles sought inputs from residents of Delhi and NCR cities asking them if they or anyone in their family had symptoms in the last 30 days and how did they get themselves tested in such a situation. The survey received 10,821 responses from citizens located in all districts of Delhi-NCR. 67% respondents were men while 33% respondents were women.

The question in the survey asked residents of Delhi-NCR, “In the last 1 month when you or family members in Delhi-NCR had some symptoms and needed a COVID test (non-travel), what type of test did you undertake?” In response, no one said “RT-PCR”, and 25% said “Rapid Antigen Test” while 12% said “both RT-PCR and Rapid Antigen Test”. The majority, 63% of residents said “Took none of them despite symptoms”. This question in the survey received 10,821 responses. 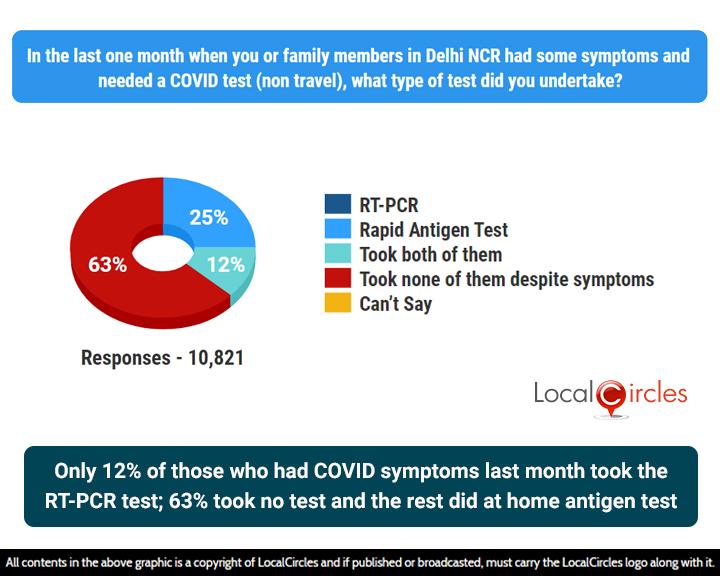 A similar survey conducted by LocalCircles in April 2022 had indicated 33% of Delhi-NCR residents as saying they took an RT-PCR test after having symptoms. This percentage declined to only 16% in June 2022 and 12% in August 2022 indicating that the daily reports released by Delhi and NCR cities of Noida, Gurugram, Ghaziabad and Faridabad are missing most of the cases. 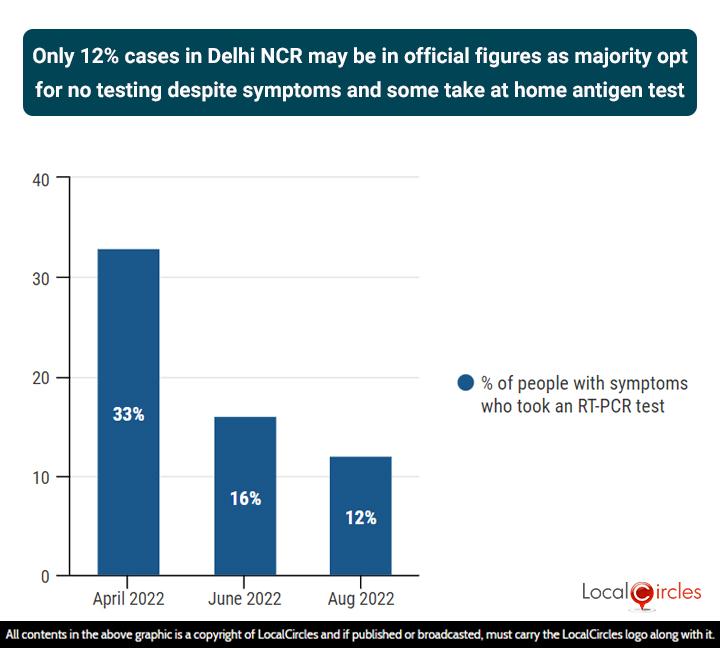 In summary, of those who had COVID symptoms in Delhi-NCR in the last 30 days, only 37% took the at-home Rapid Antigen Test and 12% of them validated it with a RT-PCR test while the majority 63% did not take any test despite having COVID symptoms. The percentage of Delhi NCR residents with symptoms taking the RT-PCR has declined from 33% in April this year to 16% in June and 12% in August though the test positivity rate has reached 15% in August which is the highest for the year.

All of this points to an urgent need for authorities of Delhi and NCR cities and the Union Health Ministry to find alternate ways of tracking the extent and spread of COVID. Lower number of RT-PCR tests also indicate availability of fewer samples for genome testing to understand what variants are circulating in India. With only 10% of those with symptoms in Delhi-NCR, the genome testing will not have visibility of 9 of the 10 samples. If the same testing rates are assumed for the rest of the country, the big risk is inability to track the pandemic and finding out about a new variant only when hospital admissions start rising. By then, it may be too late.