26th May 2018, New Delhi: India has around 5 million fulltime domestic workers, more than half of which are women. Finding a domestic help could be an expensive task in the west due to all the rules, regulations and policies that have been set for their welfare. But that is not the case in India. The issues of domestic workers are plenty, ranging from being over worked to being under paid, to being fleeced by placement agents and many a times in trouble when they are faced with a health emergency.

As the Government is finally getting to make a law that protects the interests of domestic workers, LocalCircles decided to dig deep on what people think should be done to improve the working conditions of full time domestic helps. The 8-poll survey received more than 68,000 votes. 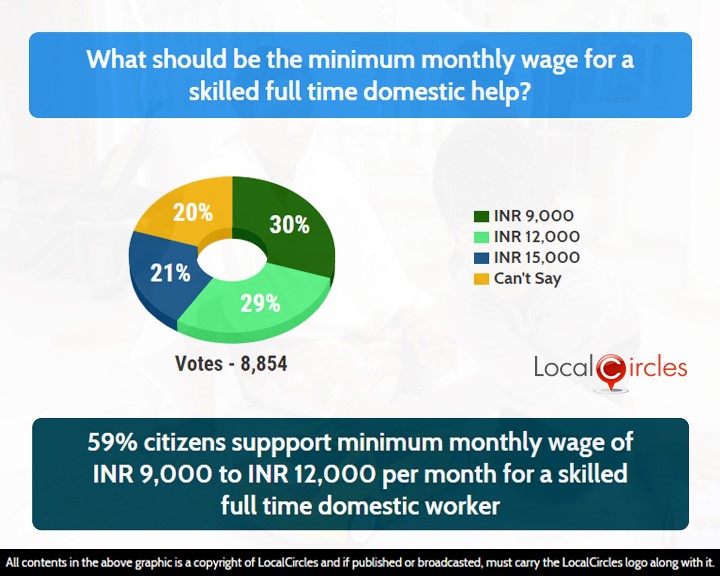 Most citizens in favour of Government make INR 19,000 as fees of placement agencies for providing a full time domestic worker 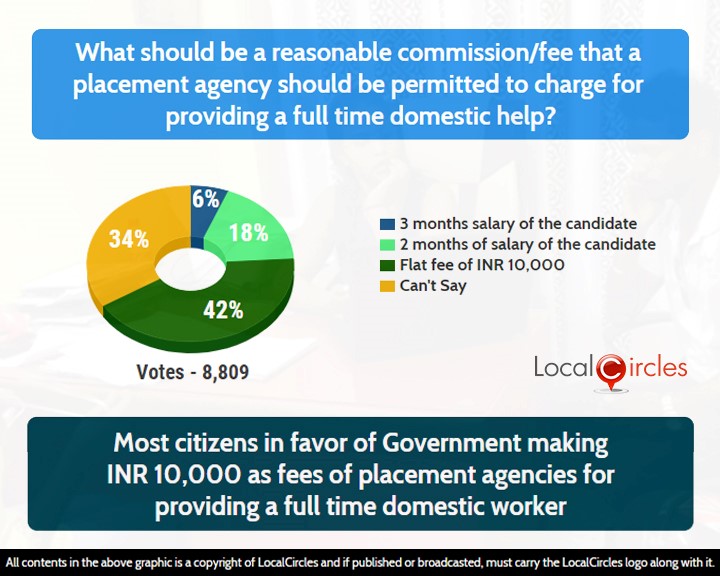 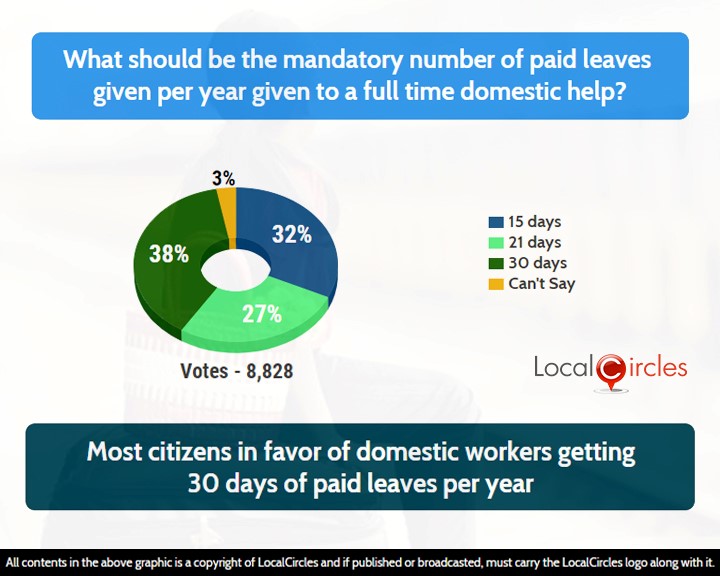 The Ministry of Labour and Employment is in the process of finalising a policy for domestic workers which would give them a right to minimum wages and ensure their welfare. This policy will also include domestic workers in the existing legislation and give them rights to form their own unions and associations.

In the following questions, 76% citizens want placement agencies to provide health and life insurance to domestic workers in exchange of 15 days of salary. 14% said it should not be mandatory while 10% chose to stay neutral. 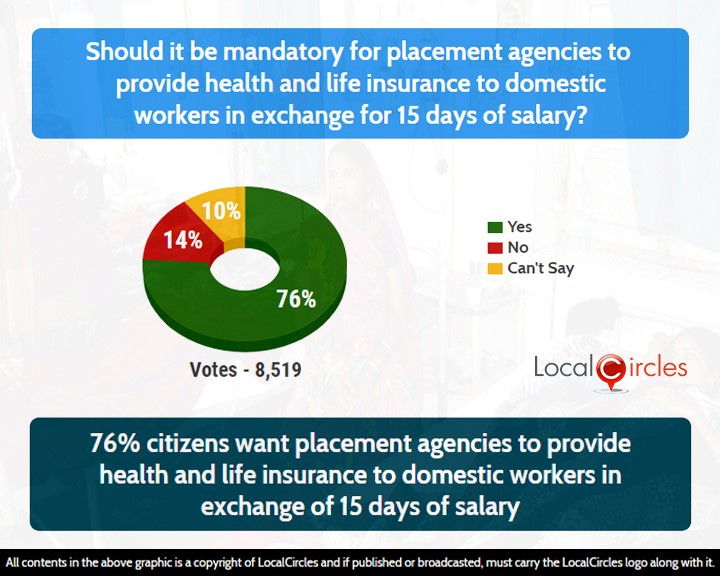 Domestic helps are usually left to fend for themselves in case they become ill, with most of them being unable to afford modern medicines and expensive diagnostic tests. 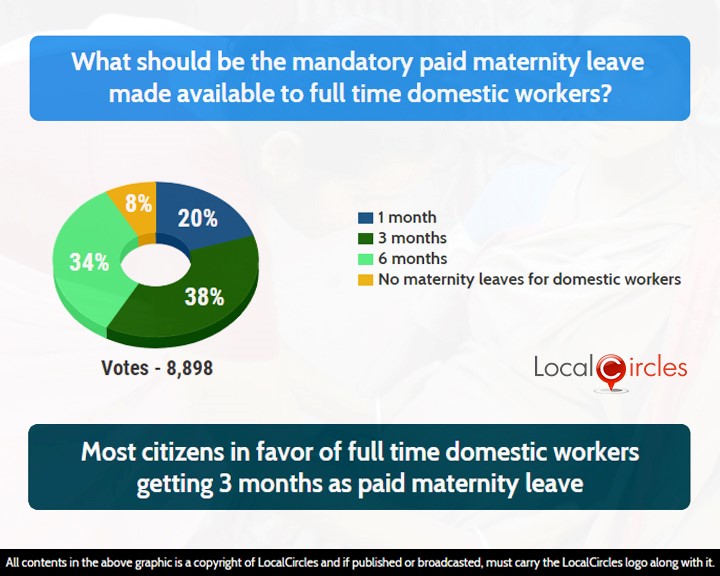 On asking whether it should be made mandatory of the domestic worker placement agencies to register with the Ministry of Labour & Employment, 82% said yes while 14% said no. 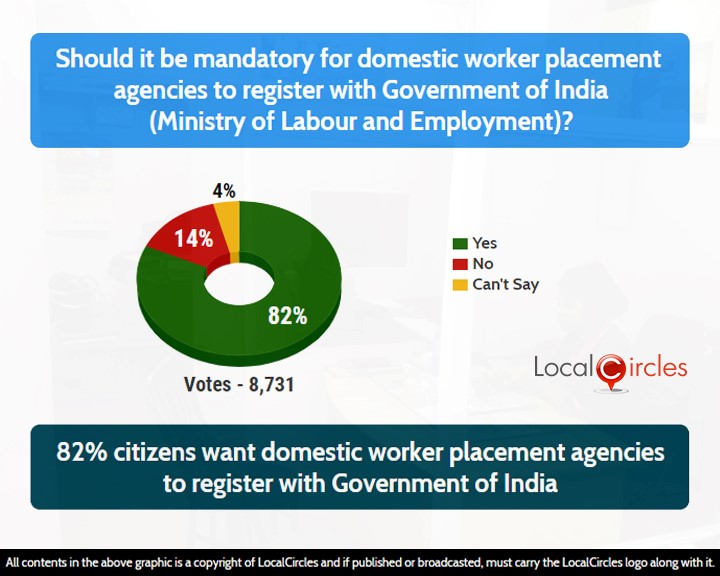 The penultimate question asked if it should be mandatory for all employers to pay domestic workers via banking channel, 65% agreed while 29% disagreed. 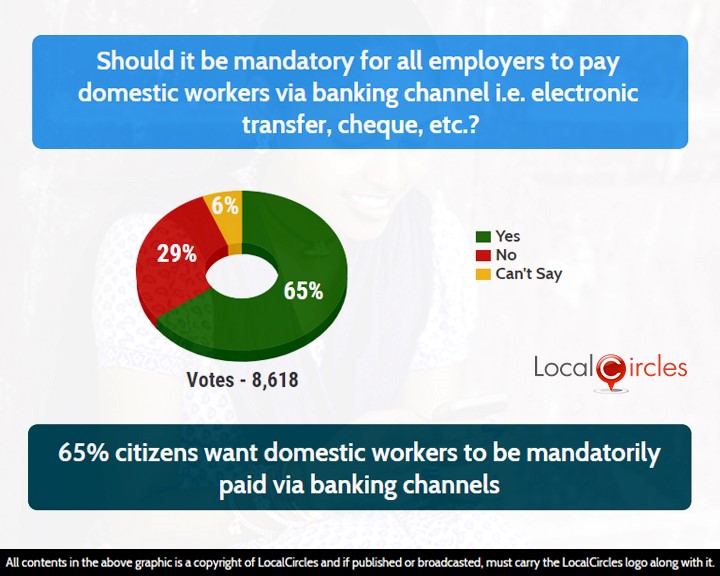 In the final poll, 92% citizens said the wanted placement agencies to refund prorated fee or replace a worker within 2 weeks in case the one employed leaves during the term. Just 4% were against this.

92% citizens want placement agencies to refund prorated fee or replace a worker within 2 weeks in case the one employed, leaves during the them 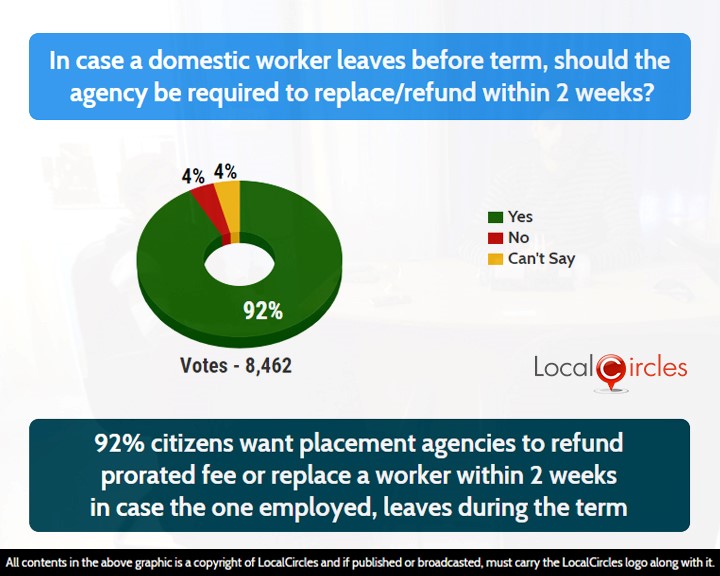 The Union Minister of State for Labour and Employment recently said that his ministry was conducting discussions and keen to receive citizen feedback on a Policy for Domestic Workers. Citizens believe that if the above feedback is incorporated, this policy will be beneficial for domestic workers and will protect them from abuse and exploitation. Many of the State Governments like Rajasthan, Kerala, Punjab, Tamil Nadu and Tripura have included domestic workers in the schedule of the Minimum Wages Act. 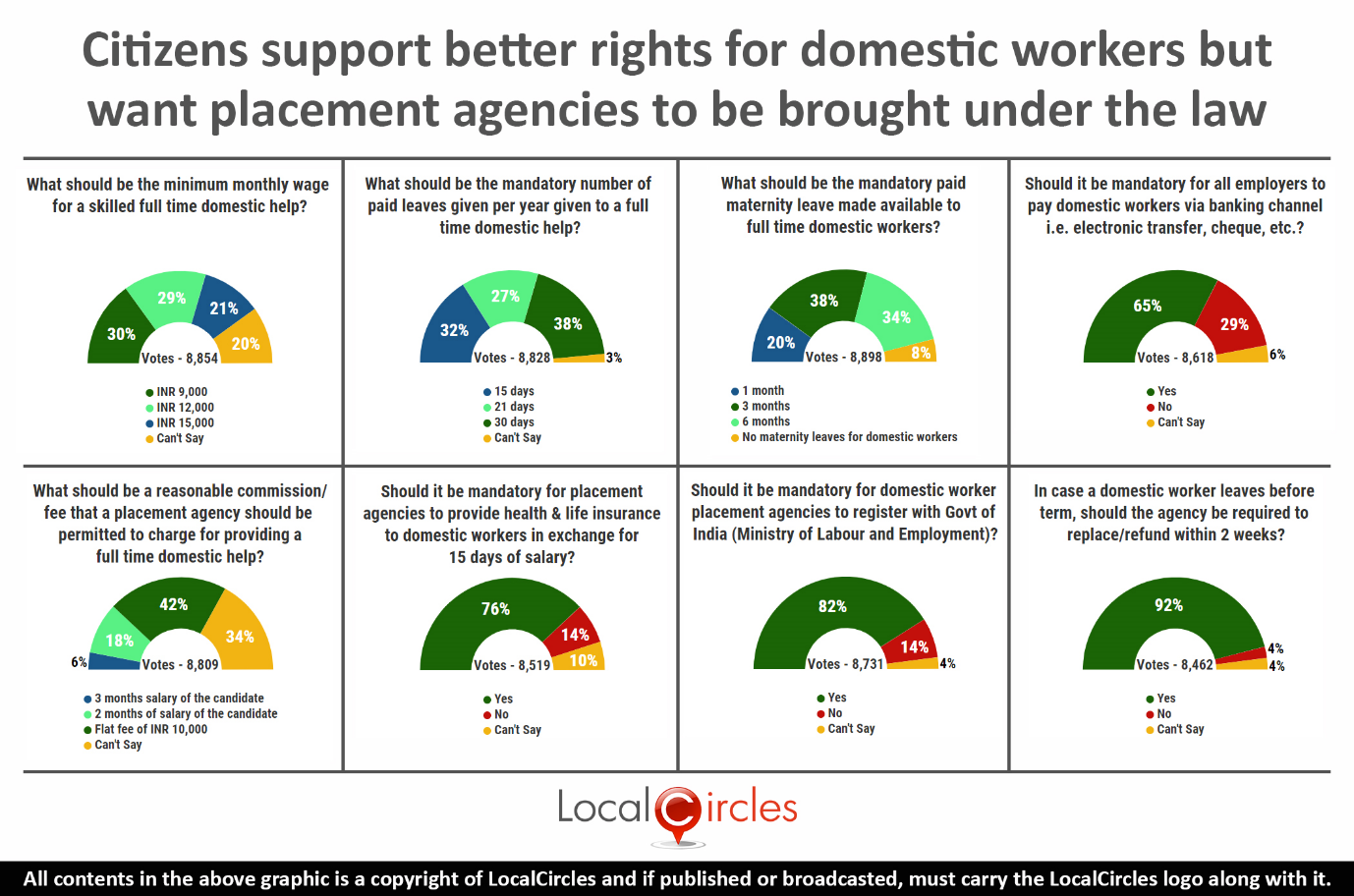