Much more to implement before Odd-Even rule: Say Delhi Citizens

With over 9,000-10,000 citizens responding to each one of the poll questions, it provides a collective pulse of what citizens of Delhi have to say about the Odd-Even rule and what are some of the other things that must be implemented before the Odd-Even rule to reduce pollution in Delhi. The key findings are:

More importantly, citizens believe that there are a number of things that can be done before the Government must do before it implements odd-even rule. Here are the collective inputs from over 100,000 citizens of Delhi on the subject of immediate actions to reduce pollution:


Poll#1 - Do you believe the Odd and Even number cars program can be effectively implemented in Delhi? 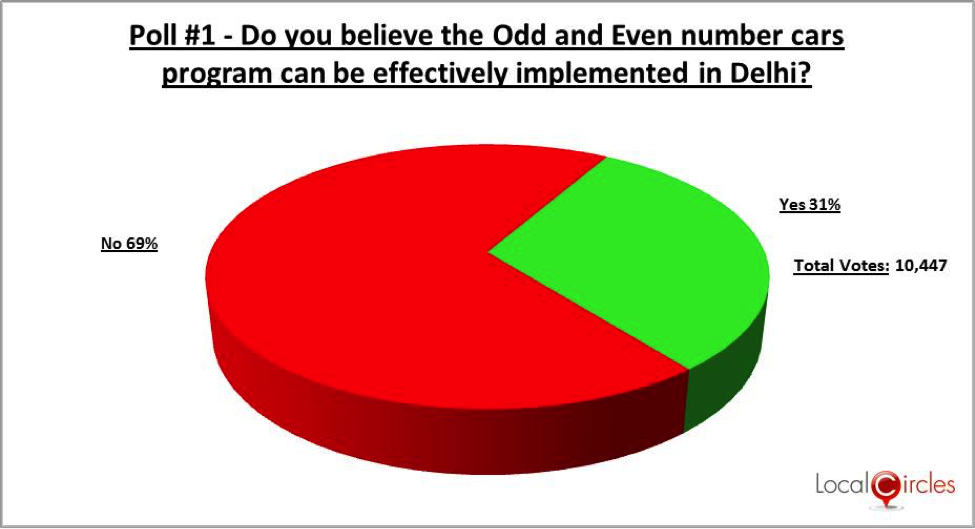 Poll#2 - Do you believe the Odd and Even cars program will result in increased sales of cars in Delhi? Poll#3 - Do you support the ban on NEW diesel cars in Delhi? 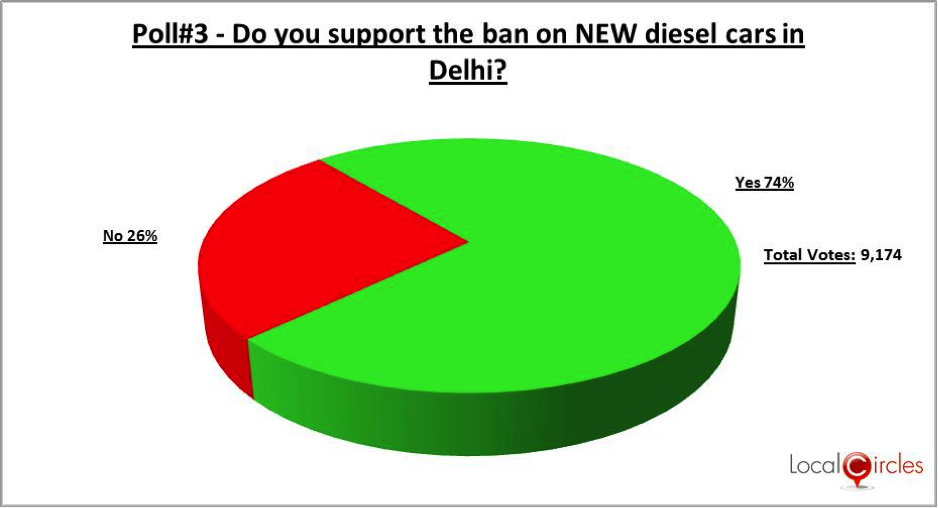 Poll#4 - Do you support the ban on registration renewal of more than 10 year old diesel vehicles? 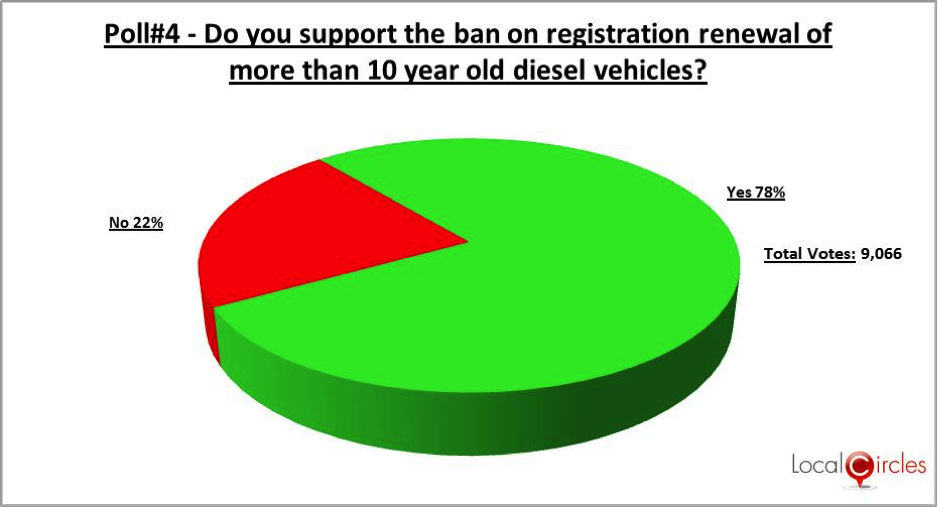 Poll#5 - Will it be better to try the odd-even plan in limited areas for limited time as a pilot project to begin with? 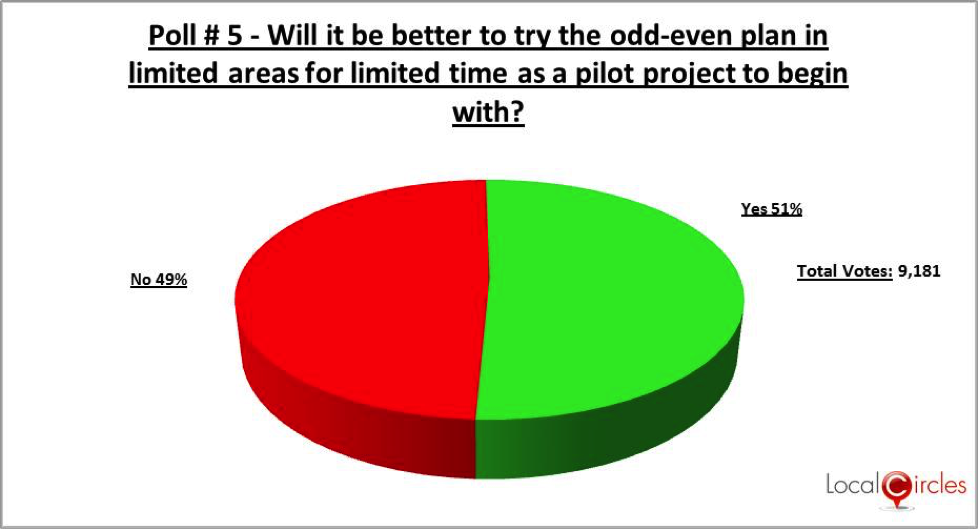 LocalCircles is India’s leading citizen engagement platform that connects citizens at local, city and national level to participate in governance and make their urban life better. LocalCircles has more than 1,000,000 citizens connected on it across the country. All data and poll results are an exclusive copyright of localcircles.com so please give due credit.