July 8, 2020, New Delhi: The Indian Government early last week banned 59 Chinese apps including Tik Tok, Cam Scanner, WeChat etc., in the interest of national security. The ban was imposed under Section 69A of the Information Technology Act, citing privacy & security issues about data of Indian users being transferred to servers outside India without permission.

LocalCircles conducted a survey to understand the citizen sentiments on Indian companies with Chinese investments, Chinese multinationals operating in India and also the impact on small business (Startups, SMEs and Entrepreneurs) if economic ties with China were severed. The survey received over 19,000+ responses from citizens while 3,341 responses were received from small businesses spread across 243 districts of India.

Over the last several years, hundreds of Indian companies have raised capital from Chinese investment firms or companies.

Citizens split about action against Indian companies with Chinese investments; Want Chinese Directors in such companies to resign 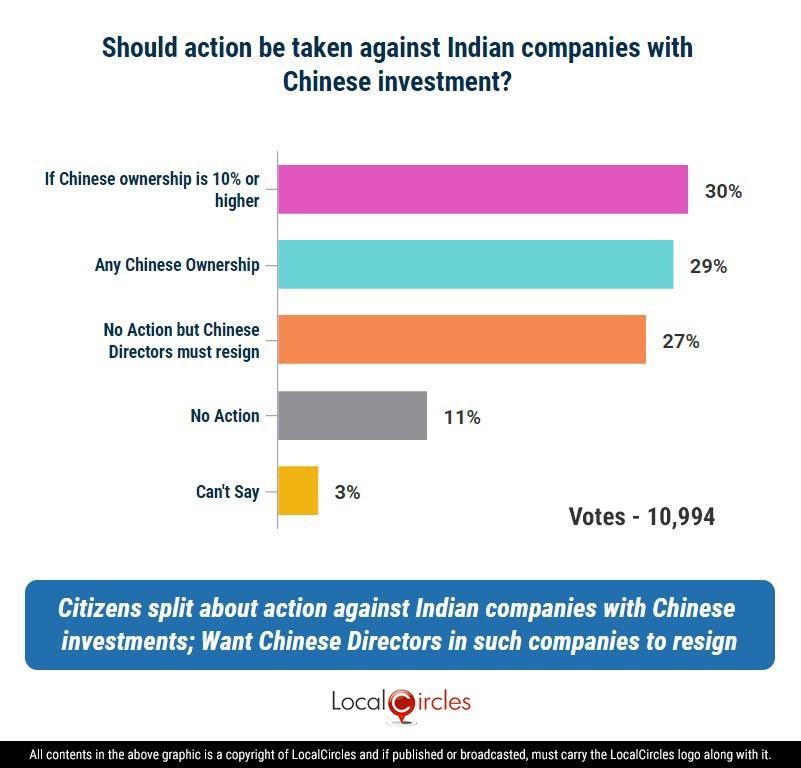 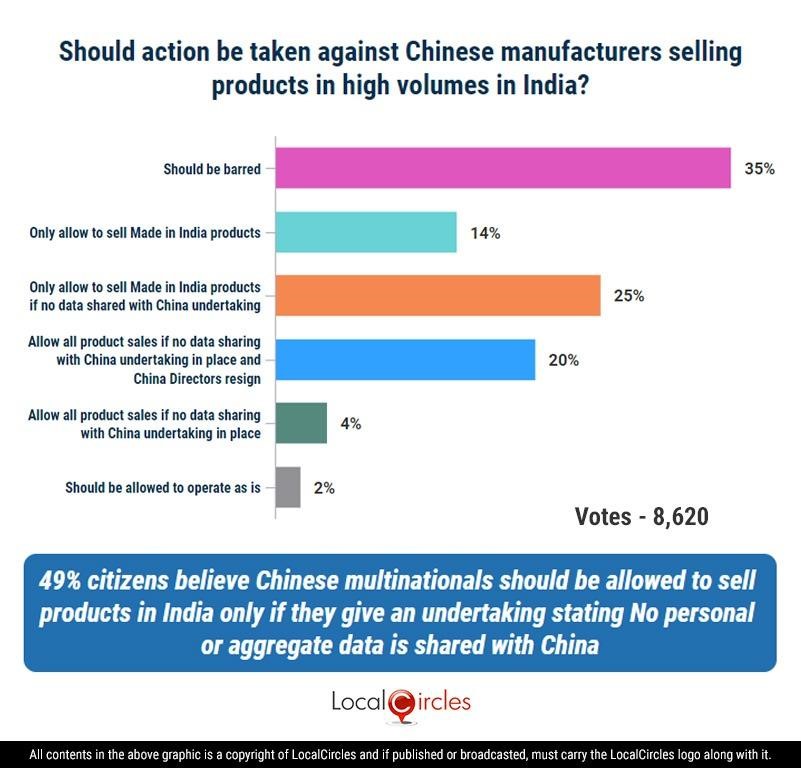 Overall, it appears that 49% believe that if Chinese multinationals are to sell products in India, the personal as well as aggregate data of Indian customers must reside in India and not go abroad to the China head quarters of the company. In India, while personal data protection is to be governed by the Personal Data Protection Bill 2019, the aggregate data is to be governed by the Ecommerce Policy which is still being drafted. However, a temporary undertaking solution could be implemented which prevents any data (sale, operational or processing related) by products and services sold by an Indian corporate entity is retained in India. 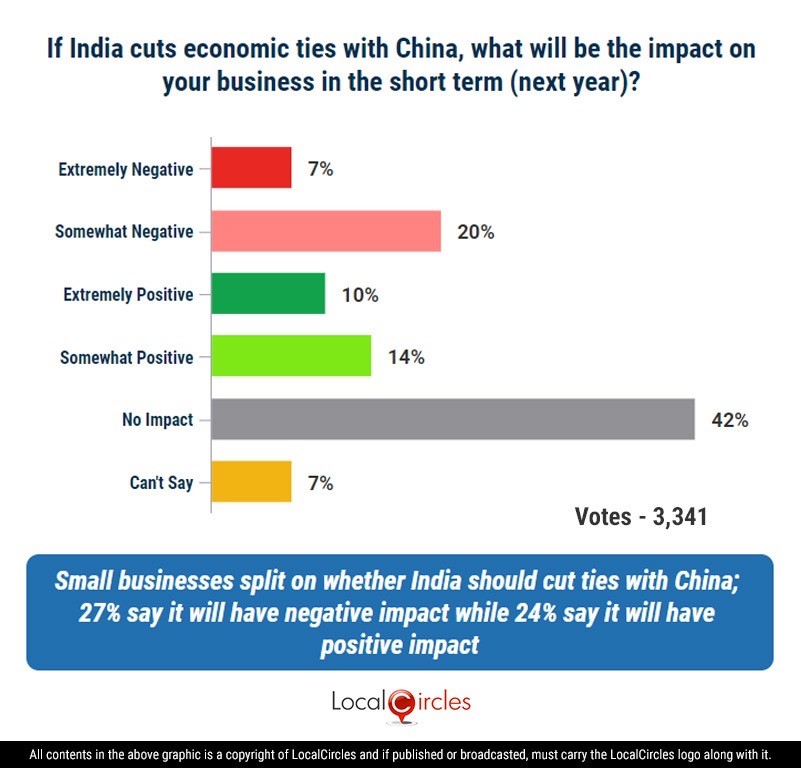 This shows that small businesses are split on whether India should cut ties with China or not as 27% are saying it will have negative impact while 24% are saying it will have a positive impact. A large number of Chinese imports are used as raw material for industries such as electrical machinery, pharmaceuticals, fertilisers, chemicals etc. A ban on Chinese imports will hurt all these businesses at a time when they are already struggling to survive in the middle of the economic slowdown and COVID-19 pandemic. Similarly, many startups were in discussions with Chinese investors to raise capital and practically most of those discussions have gone cold now.

Following the June 29 ban, Union Minister for Road Transport and Highways Nitin Gadkari announced on July 1 that Chinese companies would not be allowed to take part in road projects. As per reports, India has also been weighing a 5G ban on Chinese firms.

In the past, China itself has frequently deployed economic sanctions against countries like South Korea, Japan, Philippines. Mongolia etc to get back at them. Recently, in retaliation to India’s ban on 59 Chinese apps in the wake of violent faceoff in the Galwan Valley, the Chinese Govt also targeted India’s WION news channel by blocking the access to its website in China.

Overall, the survey results point out that citizens want the Government to take practical actions like removal of Chinese directors from board of Indian companies or ensure that the Indian citizen data at personal and aggregate level with Chinese multinationals is stored in servers in India instead of going back to Chinese headquarters. On the small business front as well, the split opinion amongst businesses indicates that severing ties does hurt an equal number of businesses as it does help.

LocalCircles will share the findings of this survey with the related central government ministries so the input of citizens and small business can be taken into account as appropriate.