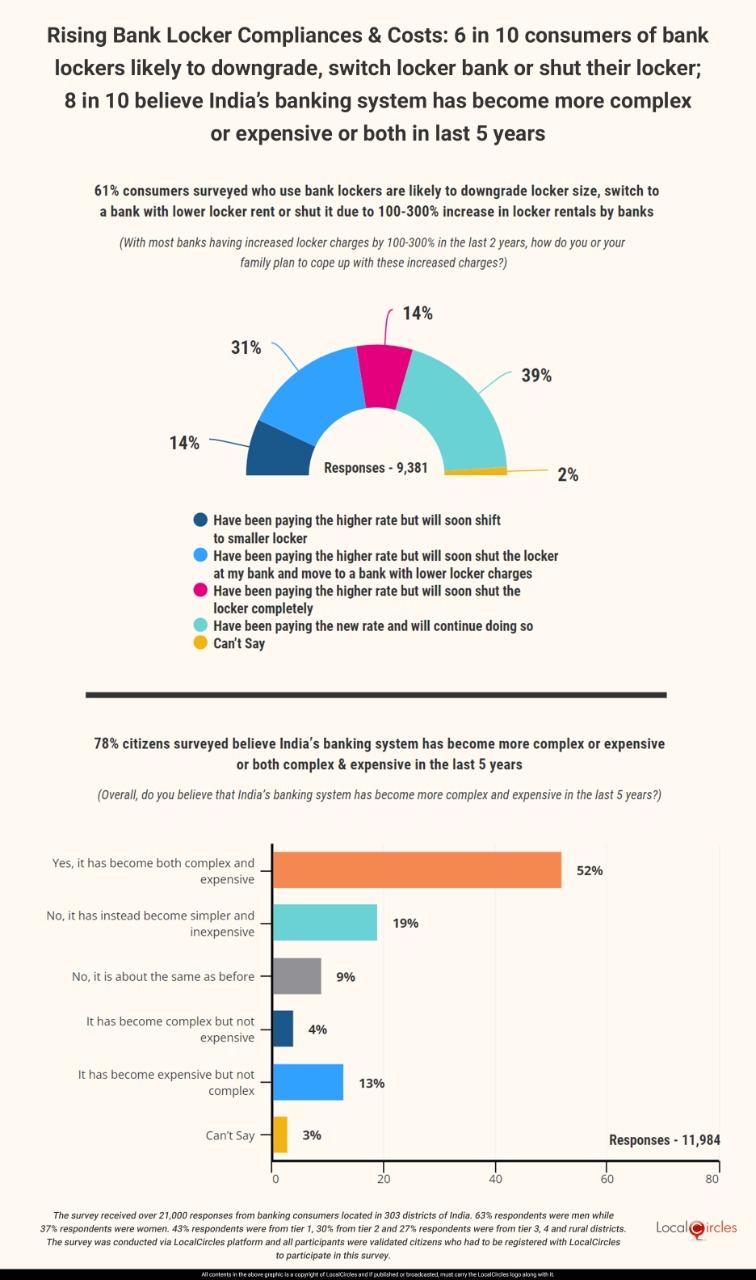 January 3, 2023, New Delhi: The Reserve Bank of India had modified the rules governing bank lockers with effect from January 1, 2022 but most banks appear not to have informed the customers about one of the major changes while increasing the rental of lockers. The second change requiring fresh paperwork to be completed on stamp paper and submitted ahead of the year end banking holidays (due date Jan 1, 2023) has caught most locker holders by surprise as the notice from some banks came through SMS barely 15 to 20 days before the deadline while some other banks sent it as late as Dec 30th, 2022, expecting consumer compliance by Jan 1, 2023. For those traveling or out of location of the bank locker or those residing outside the country i.e. Non Resident Indians, the bank notification was a shock as there was no way for them to comply with the needful.

The revised central bank instruction had stated that “Banks shall ensure that any unfair terms or conditions are not incorporated in their locker agreements. Further, the terms of the contract shall not be more onerous than required in ordinary course of business to safeguard the interests of the bank. Banks shall renew their locker agreements with existing locker customers by January 1, 2023.” However, the last minute mobile message appears to have caught most bank locker holders by surprise, going by the consumer complaints on LocalCircles platform.

What is not so surprising was that banks were quick to follow up on the new instructions allowing for an increase in locker rental charges while making the banks solely responsible for their security such that they cannot disassociate themselves from its responsibility in the event of a fire, theft, or burglary. The change in RBI rules has seen a steep increase in the rental of bank lockers. The State Bank of India (SBI), the country’s largest public sector bank, which used to charge between Rs 500 and Rs 3,000 rental, depending on the size and location of the locker, now charges between Rs. 1,500 to Rs. 12,000 annually. The number of times for free operation of the lockers have also been reduced, according to the information on its website. In the case of HDFC Bank, in the case of large size vaults the rental in rural areas is Rs. 9000 while it is Rs. 20,000 in metros. In the case of some of the other private sector banks the charges are steeper.

Banks and bank Lockers have long been considered a safe haven to keep emergency cash, valuable ornaments or property papers, and in times of need a reliable source to borrow from. However, with the increase in locker charges and regular need to update paperwork like KYC, many consumers in community feedback on LocalCircles have been sharing that they are considering downgrading their lockers or giving them up totally. To better understand the consumer pulse on bank lockers and rising costs of banking, LocalCircles conducted a national survey which received over 21,000 responses from banking consumers across 303 districts of India. 63% of the respondents were men while 37% were women. 43% of the respondents were from metros or tier 1 districts, 30% from tier 2 districts and 27% from tier 3, 4 and rural districts.

On the issue of bank locker charges, which vary according to the size, the district or city you live in and also the bank of your choice, LocalCircles in a survey sought asked consumers “How do you or your family plan to cope up with the increased charges?” The survey responses show that 6 out of 10 respondents feel the need to either change the bank or downsize the locker they have rented. Of the 9,381 respondents to the question, 14% indicated plans to give up the locker due to charges which have shot up 100-300% depending on the bank, 31% are proposing to shift to a bank charging less rent for lockers, 14% are planning to rent a smaller locker, while 2% were as yet undecided while 39% respondents have no plans to change their lockers. Feedback from consumers in community discussions also indicates that in the last one year many customers have already shifted to a small locker or stopped use of a bank locker. 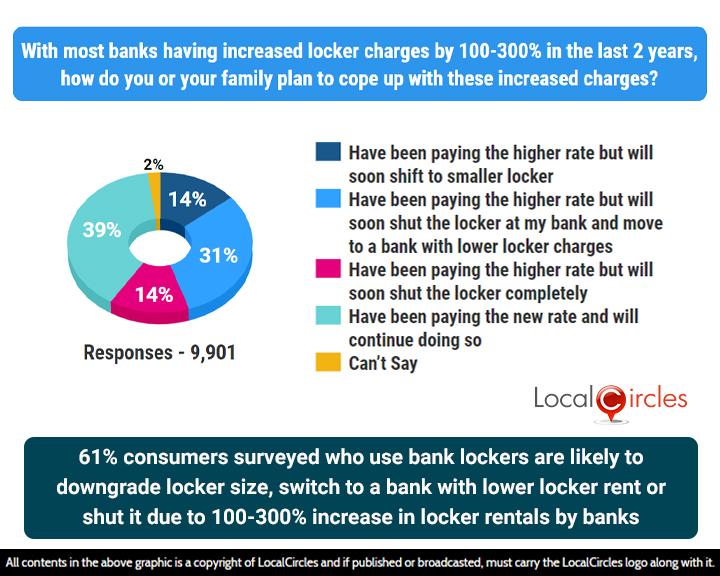 78% of respondents feel the banking system has become either expensive, complex or both 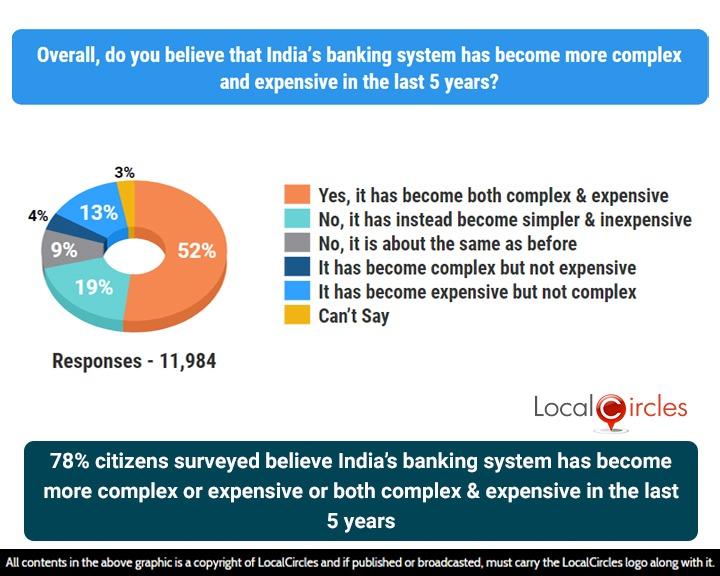 In summary, the latest change in rules for holding a bank locker and the way banks have implemented it, is expected to further reinforce the growing public perception that banking services has become more complex and expensive. In the case of bank lockers for instance, the steep increase in rental is making 6 out of 10 survey respondents rethink on whether to maintain the facility or to take a smaller vault or switch the bank. The decline in consumer faith in banking services like lockers doesn’t speak well of the efforts to woo more people into the formal financial network be it through savings or borrowing.

LocalCircles will escalate the findings of this survey with key stakeholders including the Reserve Bank of India so that corrective actions can be taken to resolve consumers concerns.

Over 21,000 responses were received from banking consumers across 303 districts of India. 63% of the respondents were men while 37% were women. 43% of the respondents were from metros or tier 1 districts, 30% from tier 2 districts and 27% from tier 3, 4 and rural districts. The survey was conducted via LocalCircles platform and all participants are validated citizens who had to be registered with LocalCircles to participate in this survey.