April 11, 2017, New Delhi: 5 months after the Government announced the demonetisation move, citizens would have expected the cash crunch and dry-ATM situation to end. Unfortunately, it is not the case in some parts of India. Although the cash availability in banks has improved, the availability of cash at ATMs has actually worsened in the last two months or so in many parts of the country. 83% citizens who visited an ATM last week in Hyderabad, could not find the cash. The number was 69% for Pune. 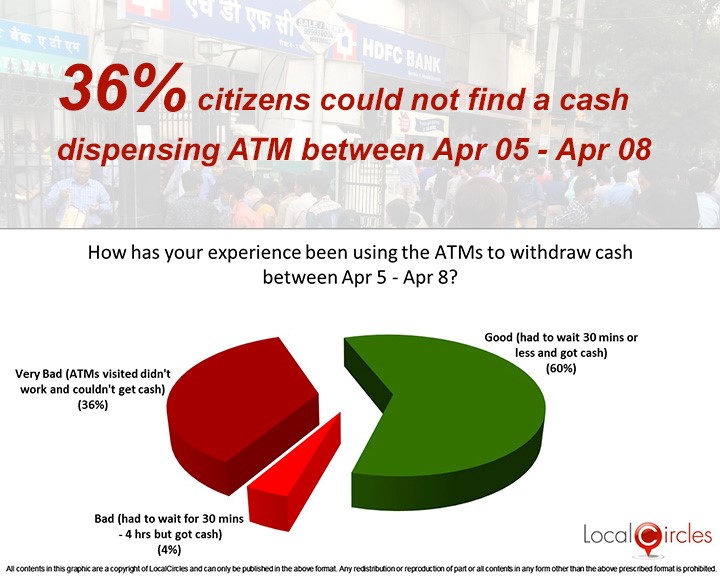 In a survey conducted by citizen engagement platform LocalCircles, 36% citizens said that they could not find cash in ATMs between April 5 and April 8. This number was a sharp increase from the 22% who had faced problems in finding a cash dispensing ATM a month back, between February 14 and February 16. Over 10,000 citizens from across India participated in these polls sharing ATM experiences in their areas. 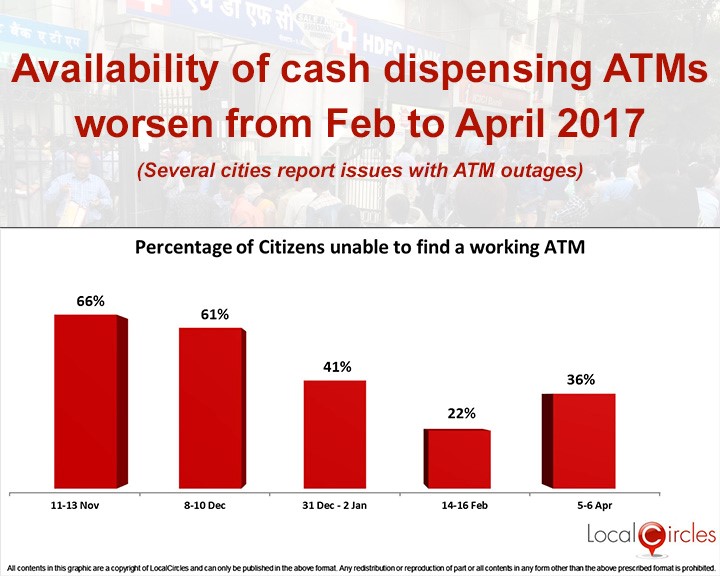 RBI’s move to lift withdrawal limits on March 13 could be attributed to the happenings. People have been withdrawing cash in bulk from the counters and the banks have been forced to maintain high liquidity. This has resulted in the maintenance of ATMs taking a back seat and them not getting replenished with cash frequently. People have also been with drawing large amounts from the ATMs due to some banks levying a transaction fee after 4 withdrawals from ATMs, leading to the ATM going out of cash quite quickly. 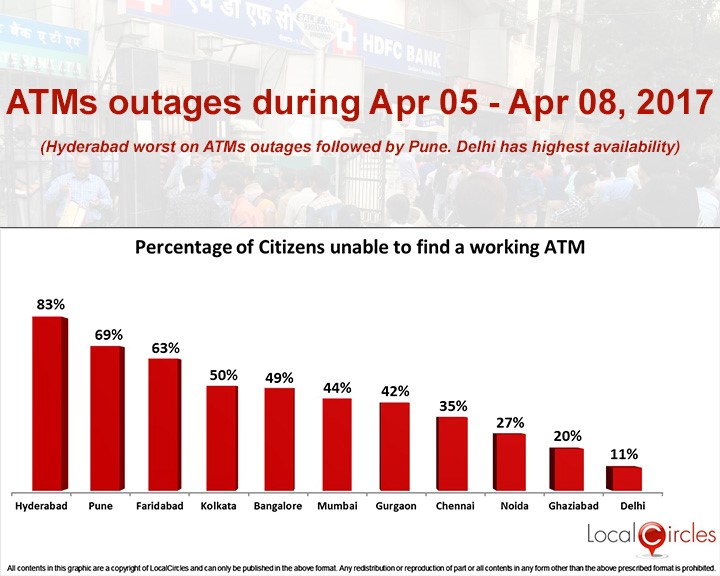 LocalCircles also conducted a citizen pulse check in 11 cities across India to find out that Hyderabad was worst hit with ATM outages followed by Pune. 88% citizens in Hyderabad and 69% citizens in Pune said that they were unable to find cash dispensing ATMs between April 5 – April 8. Delhi recorded the highest availability of cash dispensing ATMs with only 11% citizens unable to find money in the ATMs during the mentioned time.