1 year on, businesses still have challenges with filing GST returns and getting queries answered 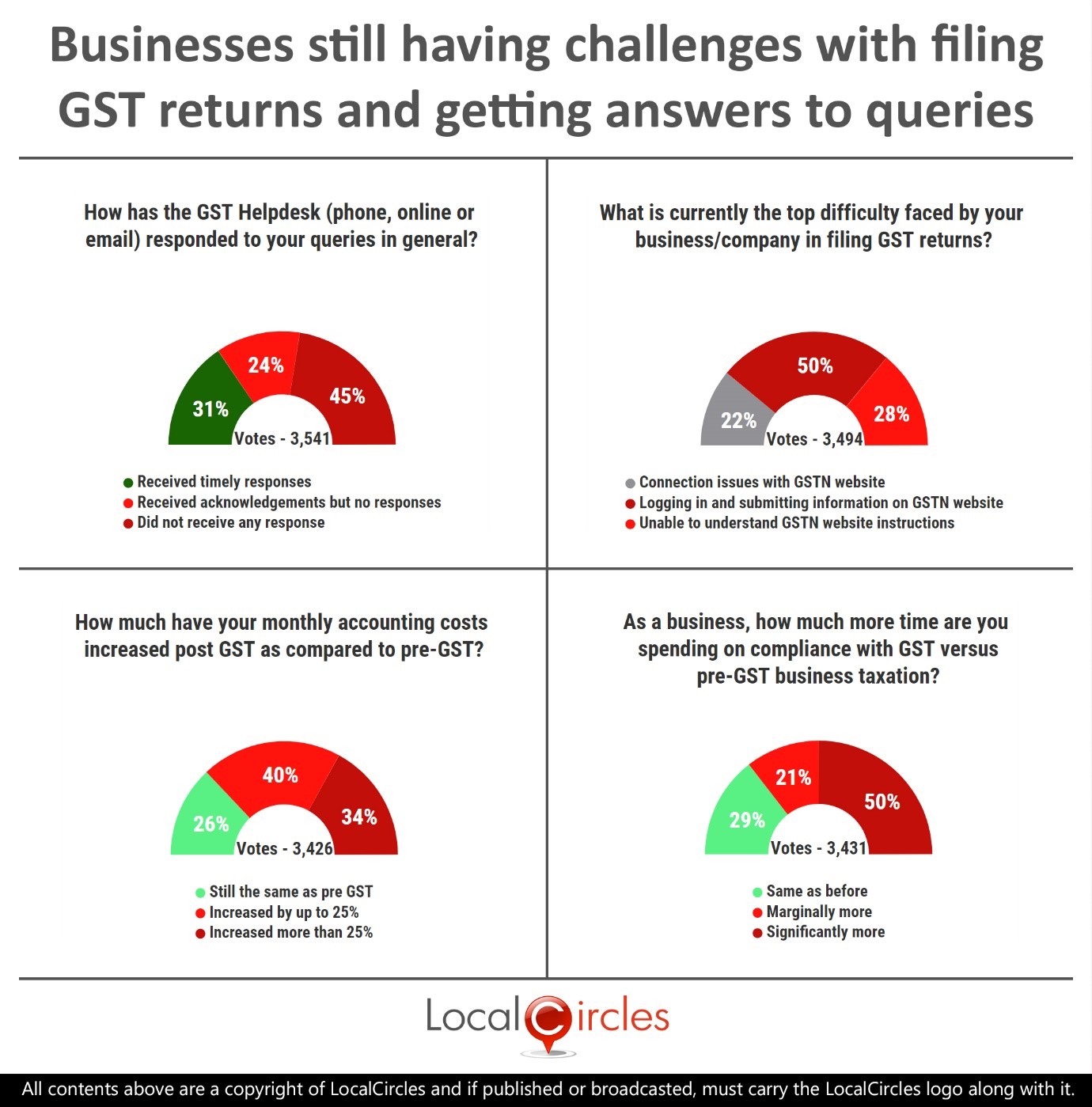 02nd July 2018, New Delhi: GST came into effect on 1st July 2017 and it has since been 1 year of ups and downs. In this time many decisions were taken by the GST Council to ease the pressure that was created, including lowering tax slabs, extensions for filing GST returns and much more. LocalCircles conducted a detailed survey to understand business and citizen perception of what is actually happening out there. The survey comprised of 4 polls and received more than 13,000 responses. 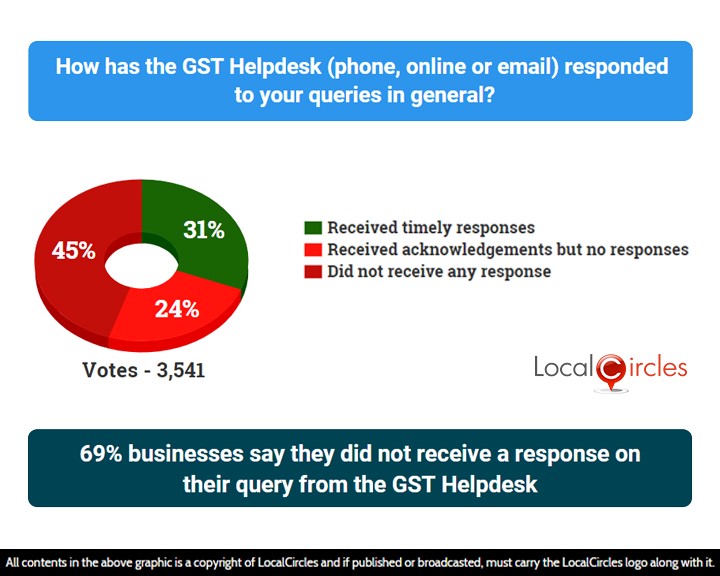 The government had set up GST helplines to help various traders, businessmen, manufacturers and suppliers cope up with the confusion around GST implementation. The GSTN helpdesk and the CBIC Mitra Helpdesk have been contracted for a period of five years and seven years respectively.

The results of the second poll showed that for 40% businesses the monthly accounting costs have increased by up to 25% while for 34%, it has increased by more than 25%. 26% businesses said that it is still the same as pre-GST. 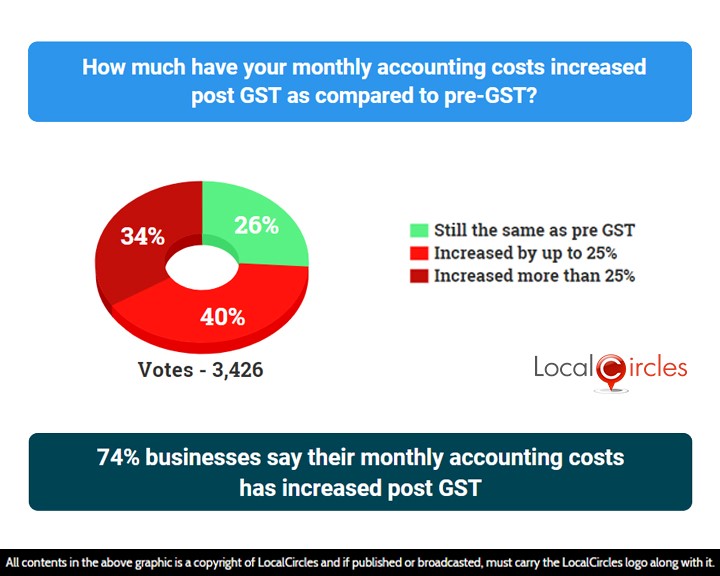 The next question asked citizens what is the biggest difficulty being faced by them in filing GST returns. 50% said logging and submitting information on GSTN website was the main issue while 22% said internet and connection issues with GSTN website bothered them the most. 28% said they were unable to understand the GSTN site information which was creating problems for them. 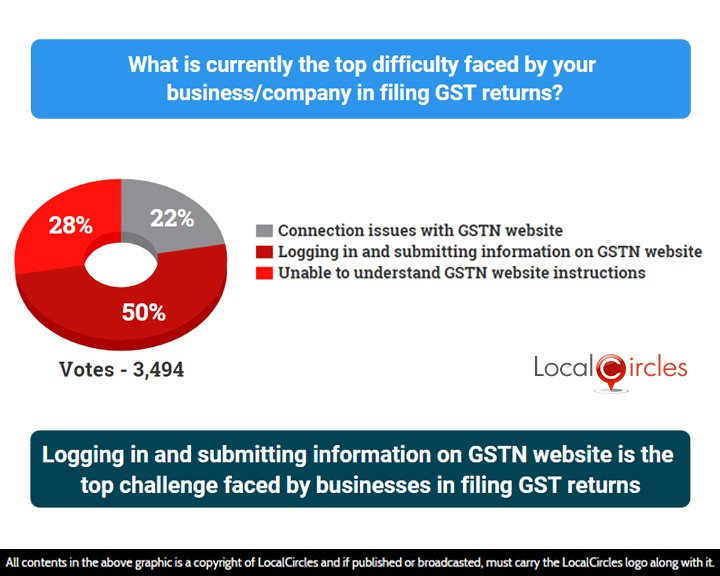 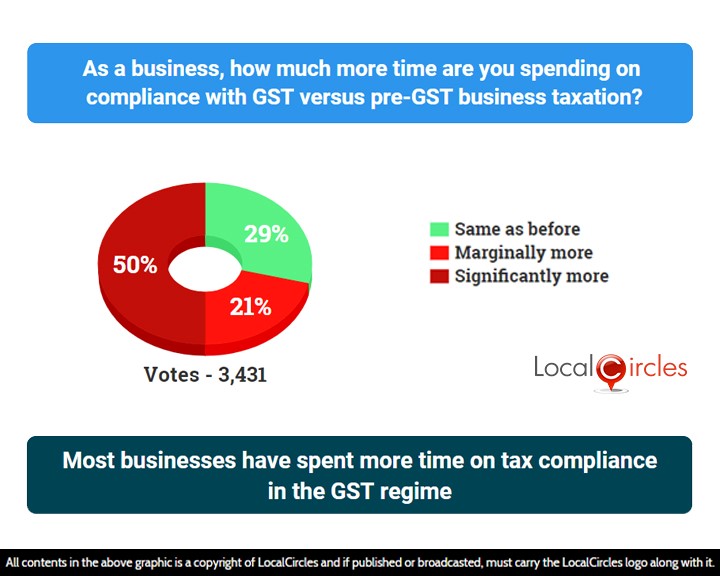 Though the intention of GST was to simplify tax regime, issues like double taxation, misplaced transitional provisions, credit blockages, uncertainty on reversal of credit etc. made the implementation of GST tougher.

Many startups and SMEs had also reported on LocalCircles that the GSTR filing process is lengthy and time consuming due to which they are not able to give enough time towards running their businesses well and are suffering losses.