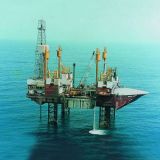 Ram Prakash
Godrej Properties take 5+ years for handing over delivery even after charging 90% cost within 2 years of booking the flat, that too a very small project of 5 buildings.
Jan 26 Share By Email: Share

S K Virmani
The creditworthiness of any company depends upon the complaint redressal system. The company has proper contact us details given on their website. A redressal to a consumer issue reflects the company to be responsive.
Jun 14 Share By Email: Share

we have booked one flat in a project launched by Godrej in sector no.104. Gurgaon -namely GODREJ SUMMIT -SECTOR -104 GURGAON In the month of Sept, 2012,and allotment of unit was made on 13th -feb-2013, with the condition that possession will be given in 47 months , The license of this Residential Housing Project was issued in the favor of MAGIC INFO SOLUTION PVT. LTD. And others vide no 102 of 2011,dated;07.12.2011.with the validity of license up to 07.12.2015.(4 years) which has been got extended by two years i.e. up to 07.12.2017.where as up to month of Oct. 2015 it has executed only 55% work, over all ,it is likely to be delayed,Allotteies are not allowed to site visit. He has collected 80 to 90 % of cost till May ,2015.SO He has collected huge amount in advance from the customers in advance. in the period of 57.5% he has demanded 90 % of cost.Godrej Properties don not obtained any Development /marketing rights in his favor. owner ship of land is still in the name of Licensee holders. Quality is also an issue on this project ?

The issue is ,that Godrej properties has demanded instalments by breaching conditions of Buyer -Seller agreements ,Developers has demanded instalment by way of Premature stage ,i.e. after interval of 15 to 25 dayes for next stage saying that he has comleted nex two floors ,which is not possible Technically and Physically.
TDS -Challan was send to company well in time ,immediately after depositing the Tax amount in the Income Tax department site by online , The Godrej property has not Adjusted this amount ,and no receipt has been issued after the lapse of about six months, ans firm is demanding interes at the rate @ 18%, which is again a harresment to the customer, and poor servicedelivery.
May 7 Share By Email: Share

I have received call from one the agent from India properties saying they will show properties of my interest any where in AP and Hyderabad.. I have signed up with their promotion code and I had very basic requirement I was looking for commercial land with 200 Sq Yard to 500 Sq yard with budget of 20 L to 50 L in Hyderabad only.

Interestingly after 15 days I have received call from Chennai assistance properties from a lady called Anuradha saying that they have huge amount of properties available... (This is were the actual trouble started)

Initial one month she suggested me all residential properties and where it wont match any of my requirement at all. as I was looking for commercial properties.

After that next 10 days, she suggested me more than 1 Crore properties which I can see in my inbox after that I don't see any response from her for next one week.

For next few weeks she used to suggest me properties that were not in hyderabad......

I explained her some many times she did not understand my requirement even after one month of sign up...

Finally, after one month 10 days later she suggested me a land in UPPAL AREA. which I was really interested on it.. when I visited the site I found LAND WAS ALEREADY SOLD OFF LONG BACK AGO..

I have escalated about her to Mr Murali saying that she is not understanding my requirement and looking for agent change.

Even today at morning after signed up after two month she was asking me "AM I LOOKING FOR COMMERCIAL LAND ( Please hear the call if I am telling something not true) ...

THERE IS NO ACKNOWLEDGEMENT FOR ANY OF MY RESPONSE, She would response after 3 days if i ask any question to her....

I told her many time to provide her supervisor name or email address to share me or else to put her SUP in CC while replying to me ...she never did this..
1.00 / 5 1 Reviews
over all india
Godrej Nature's Basket Bakery
Grocery store and bakery
3.00 / 5 1 Reviews
Defence Colony, New Delhi, Delhi, India
View All Ratings
Share To
Enter your email & mobile number and we will send you the instructions
Submit