Truthful piece on reality versus picture created by Media..

Does a tweet by Kumar Vishwas about drains joining a river, Ashok Agarwal quitting the Aam Aadmi Party and Shazia Ilmi preferring a Delhi seat to Rai Bareli, constitute an ‘implosion’? Especially when, at the same time, the television channel runs a story on the reported refusal of P Chidambaram, Jayanti Natarajan, Sachin Pilot and Manish Tewari as only a ‘candidate crises’ for the Congress? The way these two stories are being covered indicates that news outlets are judgmental, and adversely so, when it comes to AAP. This is a trend that started immediately after the Delhi elections, when the media began echoing the BJP, which, although being the single largest party, refused to attempt forming a government and asked AAP to “show responsibility” and form the government instead.

This targeting of AAP has not ceased, the most recent example being the toppling of two metal detectors at Churchgate Station yesterday (12 March) while Arvind Kejriwal was exiting. Even as the visuals showed people trying to right them – they are flimsy frames – the channel went on to describe it as ‘vandalism’ and, surprisingly, called up a Shiv Sena spokesperson for a comment. It was said that the train Kejriwal took from Andheri was ‘special’ without mentioning whether it was hired by AAP or if the Western Railways had provided it to avoid confusion and chaos. The morning newspapers did not mention it at all but the damage had been done – the aam aadmi in a khas train! Another channel went around asking commuters leading questions about being inconvenienced. The media needn’t be as indulgent of AAP as it was when Rahul Gandhi travelled by Mumbai’s local trains in 2010, but there could, at the very least, be avoidance of bias.

The manner in which reportage is happening shows a certain level of unfairness. At least, asking newsrooms to stop twisting things could be a good beginning. There could be any number of examples of these distortions. Except for the back-to-back interviews that Kejriwal gave listing the work he had done as chief minister, he also made it a point to rub it in that AAP’s wins in Delhi and the confidence people had in it was “in spite of the media”. Prior to his listing of the work done, and after that, no media covered most of the administrative tasks handled by his government. Only power subsidy and water supply figured. Recall the television screens going ablaze with a sting showing, as per the footage, AAP candidates willing to take money in cash, agreeing to take up an assignment as a fixer, etc. No doubt they played safe by saying the authenticity of the video was unverified. But it caused enough damage, including narrow losses in the Delhi assembly elections, and Yogendra Yadav’s pleadings that virgin visuals be shown fell on deaf years. When Kejriwal started targeting Mukesh Ambani and the media he 'controlled' and the media he 'paid-off', an extremely disingenuous averment began to emerge. Wouldn’t he and AAP lose media support and sympathy? As if media coverage was a quid pro quo for treating them as holy cows. Let me deal with another instance of media misrepresentation mainly because, to be honest, it emanated from a lack of understanding – I dare not say 'ignorance', can I? – of official processes. When he opted for the Tilak Road house as his official residence, his office sent a letter to the authorities which control government bungalows in Delhi – the central PWD. No doubt the house would have been inspected by him and or his family before the choice was made. Had he moved into the premises which Sheila Dikshit had occupied for 15 years, there would not have been an official correspondence. But since he opted for something else, a letter had to go from his office. That made it, 'See, this common man has asked for a 10-bed-room house'. So Kejriwal became a liar, seeking a pair of bungalows adding up to 10 bedrooms though the second was to be his camp office, as already explained here earlier. That he was already a resident of a four-bedroom apartment which his wife had been given in her capacity as an official of the income-tax department, and that an additional room was no upgrade, did not cut any ice with the media. On a news show, an anchor in fact, went on to discuss whether AAP and its leaders were cleverly “exploiting” the media, because a few tight shots replayed on a round robin pattern gave a disproportionate impression of reality. What remained unsettled was if the media was also chasing Kejriwal and AAP. Wasn’t it instead, an intelligent use of the media? After all, the BJP and the Congress have managed to provide a particular perspective to their respective leaders’ rallies by setting up their own camera crews and providing feeds to TV stations. It is possible they did not pan the crowd if it was small. It is possible that other parties, especially AAP, cannot afford such an arrangement and need to be intelligent to exploit the media. As of now, none of the major rallies of the other smaller parties have received such an allocation of airtime because it means the studios must allocate budgets and hardware plus manpower to cover them. Neither has it occurred to them that AAP cannot afford it to use the same techniques as BJP and Congress. But yesterday, the Marathi channels showed him speaking at Vikhroli in Mumbai.

Take Rahul Gandhi’s interactions with various sections of the people to 'understand their problems. Be it his meeting with the rickshaw pullers of Varanasi, where he did ask some indelicate questions after which one poor fellow broke into tears, or the event at one of the beaches of Mumbai with fishermen and their folk. The audience would have been pre-selected, at least from a security point of view, given that they encircle him. If not the questioners and their questions, at least the TV cameras kept showing him from several angles which no channel could have managed. They too were engaged by the party, obviously after some planning, and at some cost. It helped show a scruffy putative prime minister in an informal engagement with the common folk in predetermined angles to best effect. In contrast, visually, Modi’s chai pe charcha doesn’t even come to scratch with apparently pre-selected audience. The point is, there is some control on the output. Reuters However, a conversation between an interviewer and the interviewee, Kejriwal, at the end of a live telecast becomes stuff good enough to go viral on the social media. He indicated the points he favoured highlighted, apparently in subsequent telecasts if they were made in snatches, one should believe. That suddenly makes Kejriwal an exploiter of the media unlike the Modis and Gandhis.

Perhaps, it is wishful to expect, or to even imagine, that media to offer a level playing field by correcting for the aberrations that have been induced into their content by controlling the content itself, even if AAP happens to be the underdog. But no, it is easier to pounce on them, and trigger a tsunami of adverse comments on social media, especially by people who are not residents of Delhi. I did a very small survey using Facebook asking Delhi residents to indicate the changes they were noticing around the time AAP’s minority government was halfway through its 49-day life. The observations were interesting as well as exhilarating. The policemen posted outside a gated community wondered what would happen to them were they to be brought under the control of the Delhi government. An autorickshaw owner got his licence renewed at the Transport Office (equivalent to RTOs elsewhere) in just two hours without having to engage a tout or pay a bribe. A lady who tried to speed things up – it is not clear if by a bribe or influence peddling – was told, “Madam, aaj kal aisa nahi hota hai. Your work would be done”. A long-time Mumbai resident found an auto cruising up to him at the airport and taking him to the destination without haggling.

Except for one single instance when Kejriwal himself listed the work done by them in the first 10 days, like mapping schools and engaging local people to monitor them, giving a Rs 1 lakh ad hoc grant to them to meet the short term needs quickly, the media hid these achievements from the people except for the shenanigans of a movement trying to be a party and also a government. The anti-corruption call centres and the rest took a back seat and days after AAP gave up on being a government in Delhi, a channel did its own sting on the levels of corruption. It did concede that things had eased during AAP governance, but it had raised its head again, and instead of asking the Lieutenant Governor why, it accused the short-lived government of “not leaving behind a systemic change”.

Read more at: http://www.firstpost.com/blogs/why-is-the-media-blatantly-targeting-aap-and-kejriwal-1432537.html?utm_source=ref_article more
Helpful Together Against Corruption Mar 14
Viewed by 160 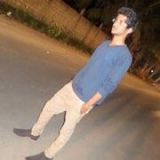 Raghavan T (gardening/tree planting enthusiast)
Media started being hostile when 'Rahul advertisements' & BJP poll advertisements were being released. It is a way of their internal competition to grab maximum share of those advertisements. May be it was an expressed demand from both parties or over zealousness of the media. more
Mar 14 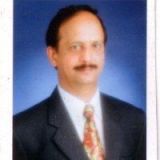 JAIPRAKASH NAIDU
I fully agree with your views. Media has been biased towards AAP and especially against Arvind Kejriwal ever since he assumed office in New Delhi.

The Media, especially Times of India / Times Now have been showing everything negative about AAP of late. The huge rally at Ahmedabad, Modi's own turf has been totally censored by the print and electronic media to keep the image of Modi wave in tact. Similarly the huge rally at Mumbai in the evening has also been censored. Times of India has captured maximum readership by virtue of its monopolistic position in the print media. Times started giving subsidized add-ons like Mumbai Mirror, Economic Times or Maharashtra Times to capture the market and thereby killing virtually all its competitors like Indian Express or Free Press and the likes. Having gained the maximum readership and a monopolistic position, they have started the tirade of favoring their own political party/ies and tarnishing the image of parties who they dont want to see in power.

Times of India is now promoting BJP / Modi to gain power at the centre. Modi will do the same thing what Times has done to its competitors (read opposition). Eliminate opposition and then rule the Nation at their will by implementing Hindutuva agenda. A dangerous trend is taking place in this country.

Arvind Kejriwal has done well in exposing nexus of Modi with the big business group. He should now expose the dangerous trend that is taking place in the Media. more
Mar 14
Post a Comment