Four of us, Sunil, me, Mohit and Mohit were campaigning for AAP close to a mall, when
one gentleman, middle aged walked up to us and started speaking with us. He said he is
a fan of AAP and has been thinking of getting in touch with the campaign team. We
exchanged campaign ideas and ground situation for a bit. We then exchanged our
backgrounds and were listening to his when we were suddenly jolted by a line “I used to
work closely with Mukesh Ambani”.
We were gazing at him, wondering why, of all people, close aide to Mukesh Ambani
would be a fan of AAP. He said, corruption is so deep rooted in all of us, that fixing it will
require a disruptive force of the kind only AAP can provide. He narrated how crony
capitalism is the norm rather than the exception and he has seen almost every large
corporate indulge in corruption. When we asked him, what does he think of Reliance’s
role in this. He said, “the amount of information I have, is not even funny. I have seen
it all in front of my eyes through years.”
By this time, we had decided that today is going to be dedicated to this man. We listened
on. He narrated gory details about how top congress ministers circle around Mukesh
Bhai, touching his feat and even “seeking his permission before going to the loo.” And he
immediately added, “With Mukesh bhai, it’s not just congress, but BJP equally”. He then
told us how even the appointment of Modi as CM was consulted with Mukesh bhai, before being finalized. Our jaws dropped! Injecting Saurabh Patel, Mukesh’s cousin-inlaw,
into his ministry was part of the “deal”, he told us.
He said “A Raja’s son is right now working in Reliance in Mumbai sitting in this office
close by.” He told us about Milind Deora having worked in reliance and being
“essentially a useless guy”. On gas pricing, he said all this 4 $ , 8 $ and all are obviously
by Reliance pressure. He referred to Murali Deora and Veerappa Moily as puppets
(cannot use the original phrase here) of Mukesh bhai. He said, “Every bill that has
remotely anything to do with industry is first approved by Mukesh bhai before being
tabled in the parliament”.
Zapped by all this, Mohit asked “So, you mean to say that Mukesh Ambani essentially
runs a parallel government?”
He said “Parallel government? There is only one government.”

Our eyes remained wide, as we heard more. He took a deep breath and said “Mukesh
bhai is a gem of a person though.” We were like “Excuse me???” He explained.
Essentially the top 100 or so people in reliance are treated like family by him. He gave
example of how his father was unwell once, and without a minute wasted, was flown to
the best hospital in India and helped financially in all the treatments. Anything these
close people ever need, is fulfilled in a blink. Understandable, we thought.
But then came unexpected things. “Mukesh Ambani is not materialistic at all”, he said.
In my mind “materialism” is personified as Mukesh Ambani. Which saint lives in a 26
storey house, I wondered? “No, no, trust me. He works 16 hrs a day, and even in the
remaining 8 he magically replies to my notes. He would sit below in the parking and
share a sandwitch with me. Making money is just a habit for him. Just a number.”
He went on and on singing praises of how intelligent Mukesh is, how thorough in
business, engineering and sciences he is. And above all what a “nice person” he is. He
even went on to say that Arvind Kejriwal should meet him once, he would definitely like
him.

Though, we weren’t convinced by this part of the conversation, it did become clear that
this man is, somehow, a fan of both Arvind and Mukesh. A dichotomy, I don’t know how
he resolves in his head.
I asked him “Ok, you think so highly of Mukesh and you also say that AAP is the only
hope for this country. What if your wish comes true and AAP comes to power and then
sends Mukesh Ambani to Jail. What will go through your mind?”
He said “That will be unfortunate. But if for the greater good this needs to happen, so be
it.” We could sense the emotion in his voice. “But you know what, this won’t happen.” He
added all of a sudden. “There is absolutely nothing Mukesh bhai himself has done that
can prove him culpable in a court of law. There are hundreds of people standing in a
queue, willing to go to jail for him. They have sold their souls to him.”

Interesting, I thought. We exchanged numbers. Next day he came to AAP office,
pledged to donate a thousand Aam Aadmi caps and went out with us to campaign. He
was very particular about “not wearing the cap or being seen as an AAP volunteer, as
Reliance guys are everywhere”. 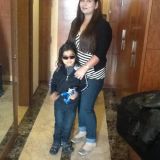 Jyotsna Dutta
Yes - a badly made cake will taste ba only independent of the amount of icing u put. more
Apr 14

Ajit Datt
Wonderful. Contradictions are not strange at all. more
Apr 13 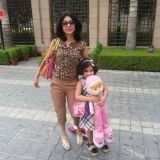 Syedda Sharma
Wow whatt a story and what a mixed up thought process this ex-ambani employee has..........He is too messed up in his head. A devil is a devil is a devil no matter he puts on an angel wings !!!! more
Apr 13

Ajay Gupta (Gupta ji)
God only can save. And HE has sent Mr. Kejriwal as his apostle, I See.

Anudeep Yadav
Read Story of Ambani's in Hamish Mcdonald's famous book Polyster Prince.
I am a bit surprised about this individual, like what happened in case of Delhi assembly elections, I sense a MOLE hoping to drop insider damage since AAP is quite open party.
In case he is honest, he is living with too much cognitive dissonance in his mind which would soon blast either in favor of Reliance or vice versa.
but for vice versa to happen, he should be ready to put every facility of his and his family on stake and work with AAP. Possible but rare still. more
Apr 12
View 6 more comment(s)
Post a Comment