This Statement should be welcome in the interest of Public Health and that of Personal. C.M. has realized through his earlier experience that his STATE IS UNDER THE BRINK OF THIRD WAVE. With lot of interest in the people’s Health, Uddhav ji had told the Political parties to stop Agitations, Political & Social meetings and to avoid CROWDING WHICH IS THE CAUSE FOR THE SPREAD OF THE DISEASE. – True he has realized as most of us that- WHEN EVER THERE IS A GATHERING AND CROWDS CONGREGATE THERE IS A SPURT.

The points he gave out was more of Counselling rather than an order from an Authority:
*Festivals can be celebrated later during “Ache Dhin”.
*Give top priority to the Lives and Health of Citizens.
* Warned of situation going out of hand if there is a spike in daily cases. (reminds us of our short memory where we lost so many near and dear ones during the 2nd wave. People running from pilar to post for Ambulances, Beds, ICU’s, Oxygen, Drugs and so on – these have gone to the Backburner now– better bring back, to prevent the Third.)
Now we have painstakingly built all this and are ready to face the Third Wave. Just because we have built the infrastructure and all this is available should we invite Third Wave on a Platter and waste our hard earned Resources.?

ANOTHER VALIENT AND PERTINENT POINT THE RELIGIOUS LEADERS AND THE AGITATORS TO REALIZE MOST IMPORTANTLY :

If a Christian festival or ceremony is to take place, the Majority of participants will be only Christians; likewise other religious ceremonies too.

THIS BAN, RESTRICTIONS ON A FESTIVAL OF A PARTICULAR RELIGION, FIRST AND FOREMOST SAFE GUARDS THE LIKELY CROWD TO GATHER FROM THAT RELIGION. ISN’T IT ?

Are the agitating ones against their own community being safe guarded from Covid19 ? Or do they want to mislead people just because it comes from the ther side?

At least Circle Members let us think and express our opinions and pass on our Valuable suggestions so that we Stall the third Wave for the Nation and for our kith & kin and our own selves. more 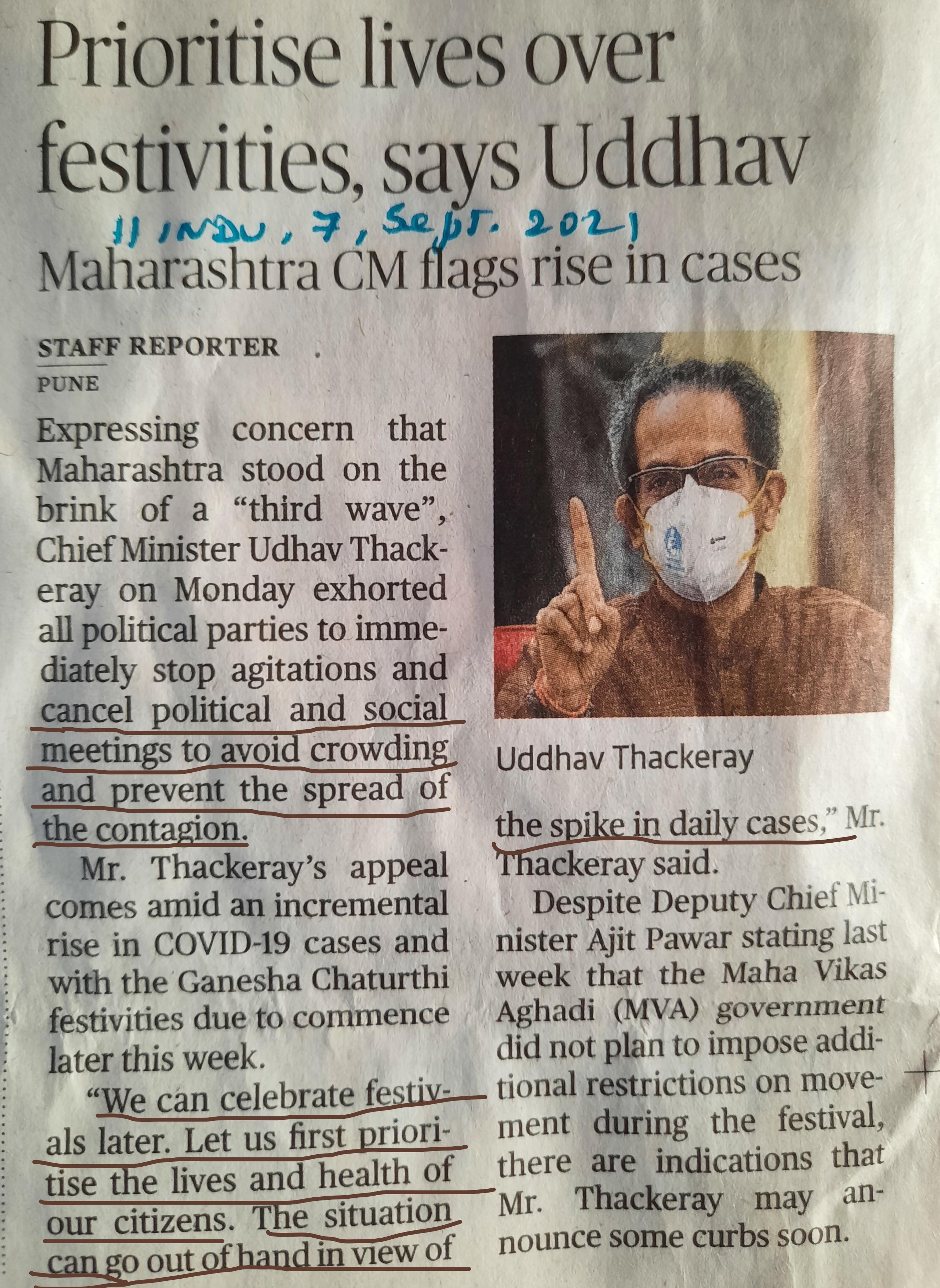 Bp Harichandra
You are right sir. Whatever hendoos do is unscientific. Corona doctors and policy makers are the truest scientists of all times to come. They are saving lives more than ever before. more
Sep 09

Anil Chandhok (Essential services provider )
Should be applicable for all mass events and congregations/gatherings, including election rallies more
Sep 09

Padmanabhan G
Hope ge is be able to influence his other politicians as well. In Karnataka, first, the police and civic authorities banned Ganesha festival in public, the the CM said 1 pandal per ward for 3 days, then some politicians said 11 days, then the revenue minister said that there can be more than one pandal in each ward, then the police and BBMP said no exceptions to one pandal per ward and only for 3 days, with marshals and limiting number of people etc. Let us see whose view prevails. more
Sep 09