AAP VOLUNTEERS AND PEOPLE OF VARANASI - IT IS NOW OR NEVER

1. I appeal to the citizens of Varanasi to go through the post written by a Party Representative under the subject as " CAMPAIGNING IN VARANASI "in this group a little while ago. The ground situation appears to be encouraging.

2. You the people and volunteers of AAP in Varanasi are the crusaders and scouts of all of us who are away from the scene ; you are reflection of fight against corruption which was ignited by Kejriwal. You need to act now.

3. The last few yards of climb are most difficult before you reach summit or if I may say as a "soldier", the most difficult phase is the ground just before you capture the objective when the resistance is maximum and it it is the fight of no return ; either it will be you or enemy who will be victor ; either you will survive or enemy will prevail ; either you will fly the "Tricolor" on the objective or die seeing enemy's ; either you will be remembered by honest and common population of India or you will repent that you did not fight hard enough in the last few yards short of objective. The choice is yours.

4. Go to every voter of Varanasi and tell him the truth with facts and figures , explain to him in the language he understands , expose evil intentions , tell them the support of criminal force and unaccounted money that other candidates in the fray enjoy.

5. A word of caution ; do not involve yourself in any kind of violence or horse trading ; do not adopt unethical practices to " buy people" - all are not for sale; you can not win the confidence of all the people whose minds have been drilled by corrupt and criminal politicians exploiting cast , religion,creed, language, discrimination , false promises , buying them with insignificant amount of money because they are weak and poor. These are still our citizens and it will take time to change their mindset before they term their "friends" of today as "foe" tomorrow. The practice of buying people is the basic philosophy of UPA and NDA and not that of AAP - so do not follow the poisoned path of these rulers. Be patient but prevail .

6. All that you have to do is to win 51 percent of voters. They will support you if they understand the intentions of AAP and are told how, so far they have been exploited by UPA/NDA.

7. Kejriwal can not be with every voter all the time , he can meet them once or may be twice but it is you who have to consolidate and translate what Kejriwal has spoken about to the people.

8. I wish you all a very meaningful and convincing campaign ; your hard work will bear the fruits in a couple of days from now when Kejriwal comes out with flying colors.

GANGA RAM (ACCOUNTANT IN A PHARMACEUTICAL FIRM, DELHI)
I AM ALSO AGREE TO THE PROPOSAL OF MR. SANJEEV MISHRA JI. DO THE SAME MR. BRIGADIER PRADEEP SIR! more
May 12 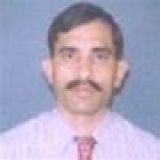 Sanjeev Mishra
Brigadier Pradeep ji > I read your every posting > we need your assistance in close circle with Mr.Kejariwal > I do not know how are you? But I respect. If it is not hard enough for you then i request you to join actively fulltime AAP with Mr.kejariwal. more
May 10

Sanjay Gupta
I have re-connected with an old colleague I worked with 22 years ago. He is native of Varanasi.
I have requested him to prevail upon his friends and family to Vote for Arvind Kejriwal. more
May 10

GANGA RAM (ACCOUNTANT IN A PHARMACEUTICAL FIRM, DELHI)
MY PARALYSED WIFE REQUIRES MY MUCH CARE & ATTENTION FOR HER. THIS COMPULSION IS NOT LETTING ME GO TO VARANASI. OTHERWISE, I MUST HAVE GONE THERE AFTER TAKING 7 DAYS LEAVES FROM THE OFFICE AND I MUST BE CONVINCING THE PEOPLE OF VARANASI. ANYWAY! I HAVE JOINED A "CALL CAMPAIGN 4 VARANASI". IT IS IN MY CONTROL AND ACCESS WITH THE PEOPLE OF THERE. more
May 10
View 12 more comment(s)
Post a Comment