Negative attitude of Congress towards Nation

There was a two days conference of Congress CMs called by Sonia Gandhi, which was concluded yesterday. One of the missives she has issued to her party's CMs is to oppose the Centre at every available opportunity and not to co-operate with the Centre.

Implicit in this instruction are the assumptions that the country, its growth, development can go to hell. States' development be damned. Whether it is in the interest of the States or its people, keep opposing the Centre at every opportunity. The agenda of the First Family of Indian politics must be promoted.

This narrow and parochial political strategy exposes the the fact that Congress is least concerned about the country, its States and its people. It is interested only its own agenda of coming back to power, so that the misrule, corruption and crony capitalism can be continued. In the bargain, if India looks like a clay-footed giant, Sonia Gandhi and her coccus is least bothered.

It is another matter, whether the congress CMs are really so dumb as to follow this foolhardy instruction, without regard to their dependence on the Centre for various resources required for the States. CMs too have to go back to people for re-election. One sincerely hopes that no congress CM with his head in the right place will follow this silly order of their leader. more
Helpful Transforming India Jun 10
Viewed by 19

Csn Sarma (socialworker)
1. Make compulsory the E. C. 's suggestions for accommodating only Fair ; con convicted under any Court of Law for any period irrespective of the chance of approaching upper Court ; non-captured for mis-conduct while on Elections . 2. Implement and Enforce Compulsory Audit system for all institutions , Enterprises , Associations , Societies , Trusts and NGOs ; Political Organisations . 3. Fasten the existing Criminal Cases in a further of 12 months 4. Care-take the dilution and deviation in the existing Financial Criminal Cases . 5. The re-organized A.P. State both Telangana and Andhra shall approach Supreme Court for the application and provision of [ i ] Special Category to the residue A. P. State. [ ii ] Providing entire value of Construction Cost of new Capital City with those Industrial , Education , etc., Central and State amenities . [ iii ] Application and provision of necessities recommended by the Justice Sri Krishna Committee in the Talangana Area and Andhra Area ; submitting the facts of the Promises declared by the Congress Government establishing and proving the fact of only after the above specific declarations, the Resolution was considered for Voting. The Facts submitted by the other States while on the discussions establishing the need of implementing Economic benefits of the Report on 7 other such poor States by Sri Raghurama Rajan's Commission. 6. The real financial Facts of Chhatishgadh , Jarkhand , etc., Divided States a decade back still striving and starving due to the effect of the Non-Economic Division establishing the fact of non-caring and non-funding by the Congress Central Government. 7. Implement and enforce the Re Survey and settlement of the Lands and confiscate the Land and Landed properties that are against the Land Ceiling Acts which also help the Nation and poor Citizen while treating perfectly the ill natured personalities. 8. Cancel and Cease the lands of un-approved layouts in and around all the Towns and Cities . 9. Compare and Co-relate the Land ownership in the Revenue Records to that of Title Records at Sub-Registrar Offices . 10. THE ABOVE LISTED REAL DEMOCRATIC REDRESS ONLY CAN MAKE THE OPPOSITION CONGRESS AND THEIR ALLIANCES REALIZE THE APPLICATION OF DEMOCRACY . more
Jun 13 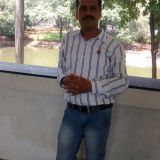 Dev Dutt Gupta
Keep Congress out of power for at least 15 years then only this country can be on track to real growth. more
Jun 12

Csn Sarma (socialworker)
The First step of Make in India organized by Telangana State today with 1,60,000 Acres Land for 150 Industrial Parks & 28 SEZ centers to boost Socio-economic Civic status of their people . If this is opted , carried by , there will be the deemed reply back. more
Jun 12