I have received several comments on my Google+, Mobile and blog for the last para of my article “Islam will alive after Karbala.” Some of them are legitimate but some of them are derogatory and deserve to omit or overlook. But certainly I would like to ask one question with all the viewers of my articles why there is double standard of speculating the humanity. If you people are speaking on humanity then there should not be any barrier or barricade of caste or place of origin. It is with reference to the massacre of the Bangladeshi Muslims in Assam quite often and latest in the year 2012 and May 2014. By which it is proved that for Indians humanity is confined only for the Indians and not for others. If it is not, then why media electronic and print were shadow the incidents of Assam massacre 2014.

It looks that we are concerned safety only for the Indians living in foreign lands or if at all they stuck up in Iraq, Libya or Egypt. For such incidents media creates havoc with the appeal for safe exit, some of them are in the opinion to send Indian army and attack on Iraq for the Indians. But do we have thought a single moments for the innocent those who had killed in Assam by the Hindu Terrorists. Mr. Harsh Mander and Seema Mustafa were the members of fact finding team who reveals the horrific facts and one sided action of Bodo Terrorists on the unarmed Bangladeshi Muslims. Romila Khatoon the nine years old run behind her mother when ultras were rained from all sides with automatic weapons, they chased a crowed of terrified Muslims and killed several; Romila Khatoon’s mother carried her four months old baby in one arm and her three years old child in other but could not saved them and herself, bullet hit her and she drowned in Baki River, Romila three years brother tried to swim, but was soon also pierced with bullet and killed. Romila can survive as she swim and fight with the bullets and currents of Baki River, but she was in deep shock and agony with the incidents which still haunted her which lost almost every members of the family.

The incident of ten years old Mohammed Ismail is also heart touched who recollects that at around 3 P.M. a group of armed men attacked on the village and killed his mother and seven year old sister. He saw his loved one and neighbor fell one by one and shot them from behind while stand them in a queue. Many of them shot as they tried to swim from Baki river and their homes set on fire.

All in that incident the Indian Govt. authorities were too involved, as the name of forest guard of their village has revealed by the children amongst the attackers. In that massacre 45 human lives were dead, including 19 children. Another 10 were missing and 2 children were missing. Their only crime was they were Muslim.

Indian media is always playing in the hands of saffron elements and internationally Jews lobby controlled the media. They suppress the news which adversely affect the Govt. and maligned the image of nation in front of the international community. Even Indian media never remain behind to support the terrorists as well. I can remember the incident of Indian terrorist Sarabjeet Singh, who was punished in Pak jail for his crimes of bomb blast in PAK. Indian media created sympathetic row for Sarabjeet Singh and hate campaign against Pak.

There are several comments by the public and political personalities to wipe out all the Bangladeshi and Pak Muslims from Indian soil. If we cannot accommodate single Bangladeshi or Pakistani in our land then how we can expect the Arab nation or Muslim world to accommodate Hindus on their land. We are sympathetic and concerned for the Indians those who are living in Iraq due to current turmoil and never hesitate to take military action on Iraq, but what about the foreign nation living in India and killed in communal riots, sanghi terrorists attack. In Guj 2002 one British Muslim killed. Does India expect attack from Great Britain or retaliation from Bangladesh or Pakistan for the safety of their citizens?

If the country’s top democratic head speaks language which bifurcate Hindus and Muslims then barbaric attack like Assam is expected, media can close their eyes on such types of inhuman acts, public can peep only affairs of other nations but the incidents like Assam only sense the person who indeed think for humanity and mankind. 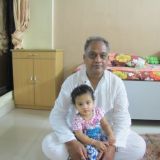 Sushil Pugalia
Dear Zuber,
I wait for your reply why you excluded civil war in Syria, Iran and Taliban violence in Pakistan and India. Why you excluded 93 serial blasts in Mumbai and 26/ 11 again in Mumbai and those who insulted Amar Jawan Jyoti in Azad Maiden. It is not fault of you or me, our political parties have used us as tools to gain power. It will be better if we educate all about devious attempts to divide us. These leaders will continue to do so in future too. And if we write such specific articles and posts, then it's not a good sign either. Talk of all as one race, condemn those who torture others. more
Jul 02

Jitendra Thacker (Business Person.)
Precisely my point to Zuber bhai that he should not look at a single community and see the kind of atrocities that the majority community has faced in the India.

Just saying talk of humanity wont do. Whether it is majority of minority community, if atrocities are done the culprits have to be given the sternest punishment. Presently the plight of Hindus in rural & semi-urban regions in West Bengal, Kerala and Assam is pitiable. Regional political parties in theses states in the name of secularism have mastered the art of minority-ism and radical elements in the minority community are having a free hand.

We have done a lot of goody goody humanity talk. Now is the time for action by the concerned State Governments. more
Jul 02

K V R K VISWESWARA RAO
JitendrajiI,
Irrespective of cast & religion every human being is to be safe guarded wherever he is in the entire world.Unfortunately political parties take humans as there tools for their selfish ambitions and conduct riots etc.These political parties not willing to solve the problems at the beginning, they want it to grow into a big crises then they start action according to their self ambitions.I am talking to the political parties all over the world not only in INDIA. Every where more or less same story. Individual ambitions are kept ahead of National interests& humanity.What should be Reversal. In continuation to this Can you tell us any leader who was punished in any riots that are taking place in the history. Riots are not happening.they are conducting with great political ambitions & vendetta.All common people are effecting irrespective of cast & religion.Not even a big face till date have punished for the riots .you can see recent examples like babri demolition,sikh riots in 1984,godra riots etc. so don,t go by Hindu or Muslim or christian or others. Go by human beings & humanity. more
Jul 02

Jitendra Thacker (Business Person.)
Mr. Zuber, you are also a culprit on the point you raised to Ashish bhai. You are forgetting humanity when it comes to others. I will re-produce here my reply to your post earlier on which you have not(obviously) replied :

Are only Muslims humans ??? Till date muslims are the only ones who have got justice in the Indian sub-continent.

Thousands of Kashmiri Hindu Pandits have been killed in a genocide & ethnic cleansing in 1989. No action. No justice.

In 1984, thousands of Sikhs were slaughtered in India's capital Delhi. No action. No justice.

At independence time, about 26% of Pakistan was Hindu & about 30% of Bangladesh was hindu. Now the percentage of Hindus is 1% & 7% respectively in those countries. The genocide of Hindus that has happened in these countries has been more brutal than the massacre of Jews in Hitler's time. No action. No justice.

If Muslims of the world really want to improve their lot they have to do lot of introspection. The demolition of Babri Masjid was very wrong & should never have happened but muslim leaders alongwith divisive politics of Congress, Lalu, Mamata in the name of vote bank politics will not leave the wounds to heal among both the communities.

Right now as I type this in Northern Iraq, ISIS are killing clerics of mosques who are not handing over the mosques to them...

It is high time to stop blaming everybody but muslims. True Muslims who believe and practice Islam is a religion of peace will have to take on Radical Islam.

Muslims should read the below message atleast once a week. Right now, please read the message twice :

In a 2008 article, the University of Delaware's Director of Islamic Studies, Muqtedar Khan, lashed out at "intellectually dishonest representatives of Muslims who live in denial. They first deny that there is such a thing as jihadi terrorism, Khan noted, resorting to conspiracy theories blaming every act of jihadi violence either on Israel, the US or India. Then they argue that unjust wars by these three nations [in Palestine, Iraq and Kashmir] are the primary cause for jihadi violence; a phenomenon whose very existence they have already denied. more
Jul 01

Sushil Pugalia
As a journalist, you are better informed and updated. I read and view what's thrown to me. If we look around the world, almost each area or country is facing war like situation. There is no serious attempt to resolve the problem. Until our heart feel the same way like we are hurt, no amount of consolations or support or opposition, can bring forth lasting solution. More so, when we try to compare two groups. A right is right irrespective of a group. It's really bad luck for humanity, that groups are promoted and accepted. Secondly, media is responsible for twisting a story to suit its objectives. Recently, one news channel declared that ATM paper slip will cause cancer. A doctor explained it's reasons. There was no reference to any research papers.
And we must be double sure when reporting riots.
I don't want to go to details of any such events, but our reporting must avoid naming. more
Jun 25
View 9 more comment(s)
Post a Comment