New Delhi: Arvind Kejriwal has written to Narendra Modi and asked him to "clear his stand" on a gas price hike that he alleges was a favour to Mukesh Ambani. He plans to write a similar letter to Rahul Gandhi too, and distribute "10 crore copies" of the letters, in various languages, across India.

The Aam Aadmi Party leader, who has been accusing Mr Modi for keeping silent because of his links with the Reliance chairman, took it up a notch today by writing the BJP's prime ministerial candidate a letter and reading out the contents at a press conference.

"What is your party's and your connection to Mukesh Ambani? Who is funding your campaign? Who spends crores on your rallies? Some say it is Mukesh Ambani. Is it true?" questions Mr Kejriwal in the letter. "You and Rahul Gandhi use private helicopters. Who do these helicopters belong to? Do you get these for free or do you have to pay for it?" (Read: Arvind Kejriwal's letter to Narendra Modi)

The 45-year-old AAP chief alleged that the Centre inflated the price of gas to eight dollars a unit though Mukesh Ambani's company spends only one dollar to produce a unit, which meant a loss of Rs. 54,500 crore to the country annually. The BJP, he charged, was deliberately silent on it.

"Why are Rahul Gandhi and you silent on it?" asked Mr Kejriwal in the two-page letter.

A First Information Report or FIR accusing Mr Ambani, Petroleum Minister Veerappa Moily and other policy-makers of creating an artificial shortage of gas in the country and raising its prices was filed last week on the orders of Mr Kejriwal before he resigned as Delhi chief minister on Friday.

Mr Kejriwal has accused the BJP and the Congress of joining hands to oppose his Jan Lokpal Bill in retaliation against the FIR. "They defeated the Bill because three days back we lodged an FIR against Mukesh Ambani," he said. more
Helpful Lets discuss Elections Feb 21
Viewed by 1363
View all 20 comments Below 20 comments

Dr BIJENDRA SINGH CHAHAR (AN IT PROFESSIONAL)
AAP should keep in mind that any open stand of modi on this letter can work as a catyalist or fual to fire. Hence no body will more
Feb 27 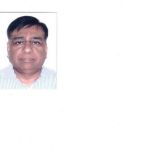 A K Jain (Senior Management Executive)
I fully endorse the views of Mr. Arvind Kejariwal and at the hour of need, will always stand by hiom more
Feb 23

Ajit Datt
Production cost in India is less than at most other world locations. That is why there is so much out sourcing to India. So gas production cost, else where, need not be very relevant, still it may be collected. But, I agree with you, facts & figures should be presented so that either culpability be established or clean chit given. I read one defense in the the First Post. It was, largely, laced with sarcasm, for the filing the FIR, and did not settle the issue. Now that there is an FIR in position, lampooning that act may not help to clarify matters, rather both sides must seriously engage to settle matters. more
Feb 23

Viswanadha Rao Dosapati (No)
I appreciate Kejriwal for writing such letter to Mr.Modi.I hope BJP will come out with propper reply.
I am admirer of unconventional methods of AAP in countering and accusing Congress and BJP.
I am asking and requesting Mr.Kejriwal to come out with figures and facts about his conclusion that cost of bringing natural gas is only one dollar.What are the international figures of cost of production and selling price? more
Feb 23 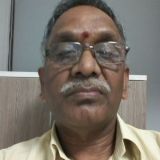 Avk Sankaram
Dear friend,
After 60 years of independence some one has shown courage to point out corrupt persons.the corruption is every where ,it is not one day and one man job .every citizen of india should have the seance of eradication from the bud.
This requires more personas like AKs.
Dirty politics is the cause of all this mess.one should ensure clean politics with open mind to do some service to humanity.
Along with this we should try for a uniform civil code for all.
We support you in all respects .
Jay HO
Avksankaram more
Feb 22
View 20 more comment(s)
Post a Comment