Governments must be seriously hemmed in with guidelines for how many newspaper ads they can place and the ads must not "glorify politicians in power", says a committee appointed by the Supreme Court.

NDTV has accessed the detailed report of the committee, which was created in April this year after a group of non-profits urged the top court to stop governments from misusing taxpayers' money. The case alleged that governments at the Centre and in states use these ads to "promote private interests."

The three members of the committee say that governments must decide in advance on a list of personalities whose birth or death anniversaries will be marked with ads. The government must then specify which ministry should release the ad to avoid different departments and state-run companies from paying tribute to the same leader with a multitude of ads. "There should be a single advertisement only," the committee says. It adds that photos of political leaders should be avoided in ads, but if that is not possible, the ads should feature only one of these leaders: the President, Prime Minister, Governor or Chief Minister.

It also says its recommendations are to prevent "the arbitrary use of public funds for advertising... to project particular personalities, parties or governments without any attendant public interest."

Further, the ads must steer clear of "the glorification of political personalities", the committee says, urging that its recommendations, once cleared by the Supreme Court, be implemented till the government passes a law to prevent the misuse of public funds for advertising.

The Supreme Court will review the committee's report and then decide what happens next. more
Helpful Lets discuss Elections Oct 06
Viewed by 783
View all 6 comments Below 6 comments

Satyarth Prakash (Shakti Khand Brave Citizens)
judiciary can be controlled: Oh! that is very dangerous. Never thought, this will ever happen. But, the corruption has grown many folds now. more
Oct 07

Bhagat Singh
That is why they on the first of all tried to change the system for selection of judges so that judiciary can be controlled. All the money is spent lavishly on the self advertisement in all TV channels and news papers as there is no rule to check-back or no one is going to audit their expenditure. On being PM, he spend whole day for political rallies for BJP and did nothing for the nation. It is one whit corruption. more
Oct 07

Deepak Jain
This was based on Writ filed by Common Cause- Argued by Prashant bhushan AAP.. Hats off to Prashant Bhushan... It is indeed heartening to know the honourable Supreme Court has taken a cognizance of the matter based on a PIL by Common Cause. Here were my few suggestions in the matter. 1. The Govt expenditure has to satisfy the criteria of Reasonableness, Suitability and what useful purpose it serves to the nation. The Bharat Nirman and India Shining campaign has not served any useful purpose to the nation rather it resulted in wasteful expenditure and furthered the interest of the ruling political parties. These advertisement campaigns are undertaken ostensibly to advertise certain public works and almost all the advertisements contain photographs of the ministers and important political personalities of the govt. which clearly show that these advertisements are framed for the purpose of highlighting the achievements of the incumbent government. and solely aim to convey an impression that those particular political personalities were directly responsible for providing public benefits to the people. The use of public money for personal, political and partisan purposes is clearly malafide and illegal and against constitution. This tentamounts to blatant misuse of public funds by Central and state Govt and their departments as it facilitates wastage of scare public funds on promoting private partisan interests. 2. The Govt has justified this expenditure on the grounds that these Advertisements are placed for communication with the citizens to disseminate information about govt policy program and initiative. This is right to certain extent but repeating the Advertisements on daily basis in All Newspaper and on quick periodic and repeated bombardment on Electronic Media , TV channels and Radio before election time smacks misuse of public funds to further private partisan interests.Many of such advertisements fail to disseminate any useful information rather glorifies the accomplishments of particular Govt. 3. These Advertisements not only smack of gaining political mileage but are also aimed to patronise the media houses and get favourable media coverage and thus amounts to bribing the media to attain undue advantage at the cost of public money. such practise needs to immediately stopped. If Any such instance is detected the money should be recovered not only from the Ministers, Poltical parties, their leaders but also should be recovered from the concerned Media Houses and their licences should be cancelled. 4. Campaigns must be relevant to the Government responsibilities. It should also be incumbant upon the Political leader, Minister or officer releasing the Advertisement to proove that the advertisement was relevent in public interest and if prooved otherwise he shall also be responsible. 5. campaign material must be presented in an objective, fair and accessible manner and must meet the objectives of the campaign. 6. campaign materials must be objective and not directed at promoting political interests. 7. Campaigns must be justified and undertaken in an efficient, effective and relevant manner. 8 Campaign and release frequency of advertisement must not smack of bombardment. Campaign could be sustained and not focussed prior to elections. There must be a total bar on Campaigns atleast 1 year prior to election schedule in any Centre, State Municipality or Local body. 9 Campaigns must comply with legal requirements, procurement policies and procedures. 10. The Political leaders, Ministers (Whose images are used in campaign) and Concerned Officer releasing the advertisement must give a deceleration of satisfaction of compliance of Guidelines before releasing the advertisement. 11. Any Advertisement should not be aimed at patronising Media Houses Like Greeting advertisements, Obituaries, Remebereance Advertisements shall be viewed as aimed at patronising media and shall not be allowed on the cost of public exchequer. 12 . Punishment for contravention. a) All expenditure on advertisement must satisfy the test of useful purpose of public welfare. If such expenses are incurred in voilation of guidelines by any dispensation they must be recovered from them and such political party and their sitting leaders and ministers should be disqualified and debarred to contest elections for their life. If assets of the party are found inadequate then the assets of the ministers and leaders of the political party should be attached and money should be recovered from them. Unless there are strict penalties such things will not stop. b) The Officer releasing such advertisement in contravention of the guidelines should also be held responsible and punished. c ) If Any such instance is detected the money should be recovered not only from the Ministers, Poltical parties, their leaders but also should be recovered from the concerned Media Houses and their licences should be cancelled. I shall be glad to present myself in person before the learned committee in case you need any further clarification. Hope my suggestions will help to ensure optimum utilisation of scare public funds. more
Oct 07 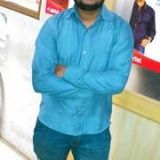 Meeta Sanghvi (expert Press person, excellent drafting skills, a lawyer, top admin prson)
Basically, S C committee's recs r quite sensible & palatable hitting the bull's eye i.e. objective of such advertisements, and 3,4,5 th paras of Amit Mishra's eml r the basics underslying the advt's purposes. Only size of these advts r big, it has to b reduced, & what is achieved has to b evaluataed to decide spends, meaning same amount can b used judiciously by the same deptment on developmental/most needed aread needed to b attended. This observation comes from the person who represents top news daily of certain region in India & is always deprived of any such category of advts of govtments, & despite it this conclusion is quite appropriately penned/expressed here, thanks for such an opportunity given to the writer of this post. more
Oct 06
View 6 more comment(s)
Post a Comment