Funny Escapade at the Licence office, written well by my wife! 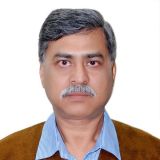 I think Aam Adami wants everything on a click. Everybody is quite well aware of rights. But what about their duties?

Moreover, I have found people of this site are not interested in criticism and also stage-wise improvement.

Nothing can happen with the fall of hammer. First, we should learn to perform our part of duties and then ask for rights. A lot of chaos can be seen in the traffic jams, where we don't behave properly; otherwise Delhites are not required to waste a lot of time in Jams. We can drive properly when some implementation agency is enforcing the rules. Then also we brand them that they are doing such acts for bribes.

Anyway, I do not want further responses.

Thanks to all.
Sent from my BlackBerryÂ® on Reliance Mobile, India's No. 1 Network. Go for it! more
May 06

Parikshet Shrivastava
Thanks All! Actually the Government cannot act like the '2 States' Mom in laws, if I have valid documents, and a citizen of India, how does it matter which state I am from? Like in passports, if one lives on rent, how does the address matter so much? The police drives you mad if you dont have enough proof of where you live. Once we stayed on in one house for another month for the passport, then moved. What's the point? If they ask for Income tax returns or check for criminal records, it makes sense...just wondering. Regards, Neha more
May 06

Kewal Khanna
Dear Mr. Rajiv Gupta, from your letter it seems you had to pay at least 5 visits to the RTO, 3 of which were completely unnecessary. Yet you find it OK ! This is what our expectation of efficiency has come to ? In this age of IT and refined procedures. I bet if it were an ordinary aadmi, not so educated as you, he would had to pay many more visits and most probably, the touts would have approached him and he would have seen no path out. more
May 06

Gurpreet Kaur
Made for interesting reading and Neha you are a really good writer. My heart goes out to all that you went through. Though i had a better experience and after going two to three times for complete documentation and then verification etc my renewed license did arrive by speed post at my house. The only difference was that my previous license was also by Delhi Transport Authority. more
May 05

Parikshet Shrivastava
Makes me happy to know such cases. I am not a cynic. :) more
May 05
View 11 more comment(s)
Post a Comment