Although, I am narrating Bengaluru specific problem, it would soon be the problem in all Metros, if not already existing.

“Gail Gas” is being provided through pipelines to many housing complexes, where a large number of apartments are available.

However, no one is clarifying, whether either the Gail Gas providers or the housing complex, has approached the Fire Safety department and have arranged a fresh inspection to get NOC for lying such gas pipe lines.

It is less likely, that the Fire Safety department, on it’s own would initiate any such action.

And in the event, there is a mishap, when a Fire breaks out due to leakages in the pipeline, the Fire Engines are UNABLE TO REACH THE LOCATION, because the Builder had “Managed” all departments before the apartments were handed over to the owners long long ago, ignoring the legal provisions to keep safe distances to allow the fire engines to reach any and every location within the complex, THERE COULD BE LARGE NUMBER OF CASUALITIES.

Unless the concerned Regulators and Builders, are charged for a planned murder of the people who die in such mishaps, through the negligence by ignoring the legal provisions, such incidences can NEVER be stopped forever.

For this to happen, there MUST be a clear cut legal provision, specifying who are all will be held responsible in such mishaps. Such acts should be non-bailable and must have rigorous imprisonment provisions for a longer durations like seven years or more, along with payments to the affected families to the tune of twice the market value of each of the apartments covered by fire.

Without such strong legal provisions, neither the Regulators nor the builders will care about common citizens, acquiring the apartment after investing their life time savings along with loans with large interest rates. more
Helpful Connected Consumers Jun 28
Viewed by 2831
View all 12 comments Below 12 comments

VAITHEESWARAN SANKARANARAYANAN
Regulatory provisions are mandatory and exist for all infrastructure projects. But government must set standards for all these and all such permissions must be granted through single window concept. Authorities must be sincere, honest and corrupt free to execute their responsibilities and the resultant factor is improvement everywhere. As a responsible citizen we must follow rules and regulations to see a better India more
Jun 30

Gopabandhu Mohapatra
It is the fire safety department, who should take care of the provisions. more
Jun 30

Satya Pal Ratti
Most unfortunate is that builders/renovators keep no records of ACTUAL plumbing/electric installations during construction/renovation.
And if, by some luck, these are recorded, they are not handed over to the owner/resident afterwards.
How can then transparency enter the system ? more
Jun 28 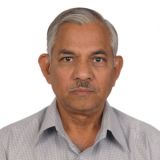 M. R. R. PRASAD
This is a serious matter and all need to support to find Government action in this regard, as government only gives approvals for building plans. If all the required norms are examined for each building in the country, I am sure at least 80% of the buildings have to be demolished.
Dr. M. R. R. Prasad, Scientist-SF (Retired), ISRO more
Jun 28
View 12 more comment(s)
Post a Comment