With this post, we would like to seek your inputs on how Brokers function in regards to Government contracting at PSU, Central or State Govt level.

Please list all issues related to how Brokers/Lobbyists play a collusive role in Govt contracting.

If you don't want to reveal your identity to the community, please use the Post Anonymously option.

We look forward to everyone's inputs on this! more
Helpful Together Against Corruption Jun 08
Viewed by 2204
View all 32 comments Below 32 comments 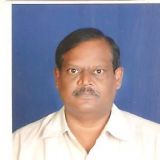 Prasad Selagamsetty (Trust Chairman)
Brokers and Contracting PSU This is how it works, as soon as the minister gets nominated for the district. If in a Municipal corporation or rural area people like Cooperator / MPTC / ZPTC, these guys throw a party and invite the Minister for get together a small crowed of 15 to 20 people who are contractors eligible to take up the work from say 5-50 Crores. These so called contractors will be behind the cooperator / MPTC and makes an one on one meeting with the minister and make sure the commission is delivered before the contractor is awarded. Many a time 90 % of the contracts never get to the guys who paid the commission. Once the guy comes to know that the said contract was awarded to someone, he convince that he will get a big one pretty soon and they make him roam around him. If bigger then these Value of contract is more than Rs. 1000 crores his way is different. Majority of the time they approach the party president and makes a deal and it works most of the time. No mediator when a guy like GMR or Reliance they don't need to identify themselves. Most of the time guys will not be eligible for these huge contracts either due to that particular experience or financial turnover, they tie up with a foreign company and use their balance sheet or experience and the commission will be deposited in the foreign banks. more
Jun 04

R Tayal
A very refined modality that some Govt deptts have developed is to hoodwink the senior bureaucracy by creating an e-governance module which is then tom-tommed as providing direct access to Govt services bypassing the lower bureaucracy and the touts. But in practice the e-module is either poorly designed (on purpose) or frivolous discrepancies are pointed out in the online submissions to keep delaying the matter. But the moment you engage a tout or grease an officer's palm, even incorrectly prepared applications are accepted and work gets done at lightning speed. I have personally experienced this with DDA, Election Commission, SDM's office etc. more
Jun 04

ANISUR KHUDABUKHSH (Emeritus Professor)
In most Government Offices, in particular the Motor Vehicles Department, Land and Revenue Departments, ans similar other Departments where public works go on a daily basis, corruption through brokers is rampant. The Officials, who are supposed to be accessible to the general public, will not do so and generally will either behave rudely it won't talk much with the public and ask the public to have counselling from some others (read brokers!). Even the clerks will behave like Lords and will talk, even with respectable persons, with great rudeness, and make them come every now and then only to be advised to come again to the office, every time with a new demand for documents, actully needed or not, so that the public submits to greasing his hands, and the work starts getting moving! There are great dearth of honest Officers, although a few good honest Officers may sometimes still be found. Recently I had similar experience while trying to get change of address registered in the blue book of my car. One has to get NOC for that. After trying for days and meeting so many obstacles, I could manage to get the NOC. But when I met the RTO and produced the necessary documents, he advised me to bring certain other documents. I again went to the RTO to be told only to come after 3 days with the car and the documents. Again I went to the Office with the car. The gentleman that day told me that I have again to bring the car after two two days after 12 noon. But when I appeared at 12-30. he rudely told me to wait as according to him I was told to come after 2 PM. The Inspector who was only supposed to verify the Engine number and Chassis number, suddenly told me that he was too busy and can only do this job at 2 P.M. Then came two young Inspectors. I am an Emeritus Professor of UGC, 67 years old, and I was treated like I was an offender of Law.Suddenly he asked me whether I have brought pencil with me and i brought another document which he wanted to verify. Then when I mentioned that I was an old person and why he is talking with me in that rude manner, he simply ignored me! Then I very politely told him that I feel sorry as a University Professor to have produced people like you, who straight out of College or University, learn quickly to behave with a senor Professor in the way he preferred to treat me. I asked him whether he would do it with his own senor Professor who directly taught him. Later I gathered, indeed one of the Officers actually passed out from the University where I taught for 40 long years, at a different Department!! So I think I am also a part of the system that produces young officers who are becoming literate, but not enough educated!! I really do not know how to curb this rampant corruption, other than suggesting stringent punishment to such Officials who force the general public to accept the system of bribe or pay the price in some other "kinds"!. more
Jun 04

Krishnan Rama Ayyar
brokering at all levels take place rampantly and most of us have taken the phenomenon as a part of life. unless the individual rises above the problem will persist. more
Jun 04
View 32 more comment(s)
Post a Comment