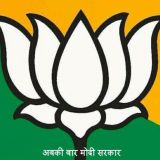 Upadhyay, who had a round of consultation with central leadership, has not included any MLA in his team and given important roles to councillors instead. South Delhi MP Ramesh Bidhuri has retained the post of general secetary while two councillors - Ashish Sood and Rekha Gupta-- have also been appointed to the post.

The general secetary's post is said to be important in the party setup as they are expected to perform all major organisational tasks in the event of the party forming a government in Delhi. The list of new Delhi BJP team was released late last night.

GEDELA KRISHNAMURTY NAIDU (Power Plant /Diesel,Thermal and Solar and Third Party Inspection Expert)
Councillors have to take the responibility for development of Delhi and take lead role in formation of Government in Delhi.They have to work for the betterment of citizens of Delhi G.K.Naidu, Hyderabad more
Oct 30 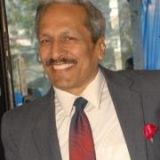 Anil Gupta (Ordinary citizen)
We would appreciate information on weekdays when ministers are normally expected to be available to meet BJP workers/supporters at Delhi office, as announced more
Oct 29

VIJAY KUMAR AGARWAL
Shri Upadhyay Ji, First of all I Congratulate you for forming Communication Cell of BJP in Delhi & NCR. We also hope that now actions will be taken very fast in all the matters, our all sincere blessing with you. V.K. AGARWAL (Senior Citizen, Supporter of BJP & Narendra Modi Ji and Member of Transform India with Modi and Swachh Bharat Mission) Mob : 09818244430. more
Oct 29