I really hope all parents in this circle delete it from their childrens phone and google apple microsoft also delete from app stores. Below is why the app was banned and I urge Govt to ban Sharechat, Bigo Live, Musicly and all such nonsense apps. We need our next generation to be focused and not crazy social media manicas who need rehabilitation by the time they turn 18.

Pranks: “majority of teens are playing pranks, gaffing around with duet videos sharing with split screen to the strangers”…”People are “making cruel humour against innocent third parties. Even television channels are also telecasting Tik Tok videos”…”Nobody can be pranked or shocked or being made as a subject of mockery by any third party and it would amount to the violation of the privacy.”

Addiction: “By becoming addicted to Tik Tok App, and similar Apps, or cyber games, the future of the youngsters and mind set of the children are spoiled.” more
Helpful Surakshit Bharat Apr 04
Viewed by 1360
View all 15 comments Below 15 comments 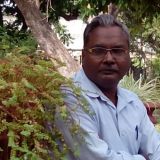