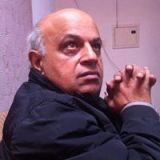 By Surendera Bhanot
Consumer Courts are doing yeoman service. However, the biggest drawback is the lack of powers of contempt of court which makes them a "toothless tiger". A case in point is our three cases in the State Consumer Disputes Redressal Commission UT Chandigarh. The cases were filed in July 2009. The Accused (Aashish Goel and Sumita Goel, Directors of the defrauding construction company M/s Castle Concrete Infrastructure Pvt LTD) absconded and the case was taken up ex-parte after due publication in the The Tribune. The State Commission gave the verdict in our favour in 2010. As the Accused failed to refund our money in consonance with the orders of the State Commission, we filed a case for execution. Again as the Two Accused failed to turn up the case was taken up ex-parte after due publication. The UT State Commission awarded 2.5 year's imprisonment and RS 10000/- fine to each of the two accused with a provisio that in failure to pay the fine imprisonment to be extended by another six months. ((EA/35/2011, EA/36/2011/ & EA/37/2012 of UT Commission Chandigarh refer). The UT Commission is unable to get it's orders implemented as the UT Police is not responding adequately. They either do not turn up on the date of hearing or come very late thus keeping the complainants waiting. Their patent response is that they could not locate the convicts and thereafter plead to the complainants to let them know about the whereabouts of the convicts. It is obvious that the complainants do not have the new location of the absconding convicts and it goes on from hearing to hearing. However, in June 2014 the complainants, with great effort could find out the location of the two convicts Katni (Madhya Pradesh), their residential address in Katni, the school their two sons studied, the details of the car etc and informed the UT SSP Dr Sukhchain Singh Gill personally who called DSP Central Shri Ashish Kapur, who was responsible for apprehending the Proclaimed Offenders. Complete details were given verbally and in writing to the DSP Ashish Kapur and Insp Udaipal Singh, Incharge PO Cell on 2nd July 2014. They said that the complainants had done great service to the Police and now it was their duty to apprehending the two convicts and bring them to justice. A team of 3 male and 2 female police personnel was sent to Katni on 12 the July 2014, after a gap of 10 days of the information being given to them. On reaching the designated house in Katni they reverted that the house was locked and the convicts had absconded again. The complainants approached the CJM Katni through friends, who ordered cordoning and search of the designated house by the Katni Police. Cordon and search was carried out early morning on 15th July 2014 and they found the convict Aashish Goel and the 5 police personnel in the house as they had allowed the second convict Sumita Goel with her 3 sons to escape. On being confronted by the local police a message was sent by the UT Police Personnel that they had apprehended the convict Aashish Goel and Sumita Goel was not in the house. On 17th July 2014, the complainants we're informed by Insp Udaipal Singh that the Police Party with the arrested Convict were at Allahabad Railway Station awaiting train to Chandigarh. However, as there was no further news about the arrival of the police party with the convict the complainants effort to get in touch with the DSP Aashish Kapur and Insp Udaipal Singh failed as they did not respond for the next two days. Finally, the complainants we're informed on 21st July 2014 that the Police Party was bringing the convict Aashish Goel in his Tata Safari, driven by the convict himself, and in the morning the Police Party stopped to freshen themselves up at a Petrol Station on the highway at Mathura and the convict escaped driving his own car while they were having tea and freshening themselves up. Ironically, the convict wasn't in handcuffs as the Police Party had gone without it. Thereafter, again the same old sequence by the UT Police in each monthly hearing continues in the UT State Commission month after month. In December 2015, the National Commission Chairman Justice Shri DKJain had visited the UT State Commission and the President of the UT State Commission very kindly had spoken about the Complainants' case to him. The Complainant was given an opportunity to meet and explain his plight in person to him. Both the Chairman National Commission and the President UT Commission we're very understanding and sympathetic towards the complainants but expressed their inability to do anything further to get the UT Police or the Chandigarh Administration to respond and act as the Commission did not have any powers to make them respond and act. They can not summon the UT IGP or the Home Secretary. The Police is not responsive. Had it the powers of the High Court the Police and Administrative Authorities of UT Chandigarh would have responded to save their necks but now they care two hoots. The feeling of helplessness was writ large on their faces. They promised they would try and make it a test case and see what can be done. All their best efforts seemingly get thwarted for want of Contempt of Court Powers. Unless, they have these powers the Consumer Protection Act, in spite of their best efforts, remains a toothless tiger. Hence, it is most fervently requested that the Consumer Protection Act be given adequate powers to get the authorities to show respect and respond & act promptly on the directions of the Consumer Courts. Without these powers the Consumer Protection Act remains helpless in resolving the problems of consumers.

Csn Sarma
S.C. findings ordering strict actions on Government Servants in neglect of their Duties ALSO ARE ALSO SET ASIDE by Political Rulers. It is shame on the part of the Governments becoming unable to carry Court Orders and Directions even on such issues of Finances and Goods . more
Feb 20